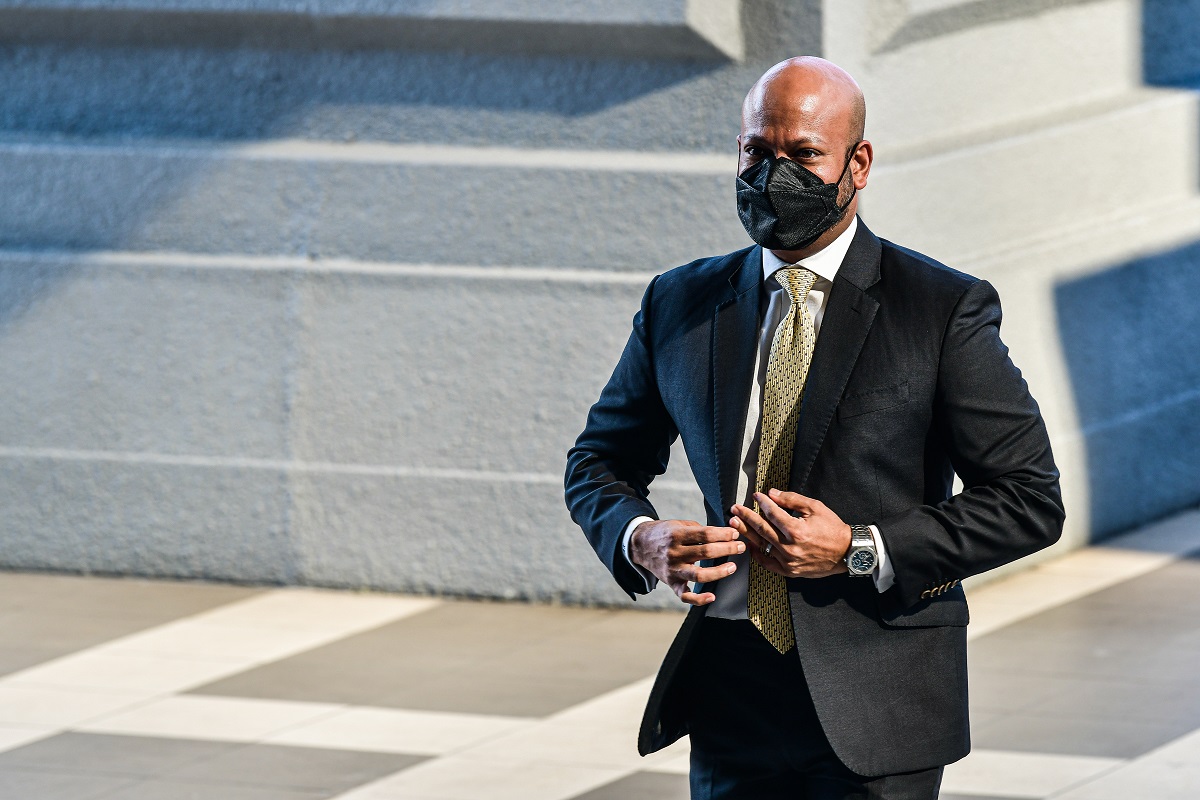 KUALA LUMPUR (May 20): The prosecution in the 1Malaysia Development Bhd (1MDB) audit report tampering trial on Friday (May 20) made a formal application at the High Court here to seek former 1MDB president and chief executive officer Arul Kanda Kandasamy's presence as a prosecution witness in the case which involves ex-prime minister Datuk Seri Najib Razak.

Senior deputy public prosecutor Datuk Seri Gopal Sri Ram, who made the application before High Court Judge Mohamed Zaini Mazlan, said the prosecution is making the application as Arul Kanda, who is an accused in the case, has information about transactions made by the other accused Najib in February 2016.

Sri Ram said the 1MDB-related transaction information that Arul Kanda has will materially affect the outcome of the prosecution against Najib, who is the former chairman of 1MDB's board of advisers.

"Hence, this is relevant against the other accused (Najib)," Sri Ram said.

Sri Ram, who is a former Federal Court judge, said the prosecution will ask Arul Kanda about the meeting held in February 2016, and about events which preceded the meeting and events after the meeting.

"That is the area that we will be focusing on. The prosecution has not recorded oral evidence from the accused (Arul Kanda) over this and this would be done viva voce (examination via oral evidence)," Sri Ram said.

According to Sri Ram, Attorney General Tan Sri Idrus Harun has sanctioned the application to call Arul Kanda to become a prosecution witness in the case.

"The prosecution is making the application under Section 63 of the Malaysian Anti-Corruption Commission Act 2009," Sri Ram said.

Judge Mohamed Zaini subsequently fixed May 30, 2022 to hear submissions on the matter.

Arul Kanda's lawyer Datuk N Sivananthan, however, said they will not make any submission on the matter on behalf of Arul Kanda and that they will leave it to the High Court to decide on the prosecution's application to have Arul Kanda become a prosecution witness in the case.

Muhammad Shafee said: "Section 63 [of the Malaysian Anti-Corruption Commission Act 2009] involves the discretion of the court and hence, it is something for this court to decide."

Arul Kanda is charged with abetting Najib in the alleged tampering of the 1MDB audit report at a meeting with National Audit Department (NAD) officers on Feb 24, 2016.

It was reported that former auditor general Tan Sri Ambrin Buang and NAD officers between March 9, 2015 and March 4, 2016 conducted the audit on 1MDB and that they were scheduled to present the audit findings to the Public Accounts Committee (PAC) on Feb 24, 2016.

The meeting between the NAD officers and PAC however did not happen.

It was reported that Ambrin and the NAD officers were instructed to attend another meeting.

On Feb 24, 2016, Najib and Arul Kanda were alleged to have met Ambrin and the NAD officers.

According to news reports, several items were removed from the 1MDB audit report after the meeting with Najib and Arul Kanda.

It was reported that the items included Low Taek Jho's presence at 1MDB board meetings besides portions of 1MDB's 2014 financial statements.

Low, who is popularly known as Jho Low, is a key figure of the 1MDB scandal which has garnered global attention.