Aerodyne Group in talks with three stock exchanges over listing 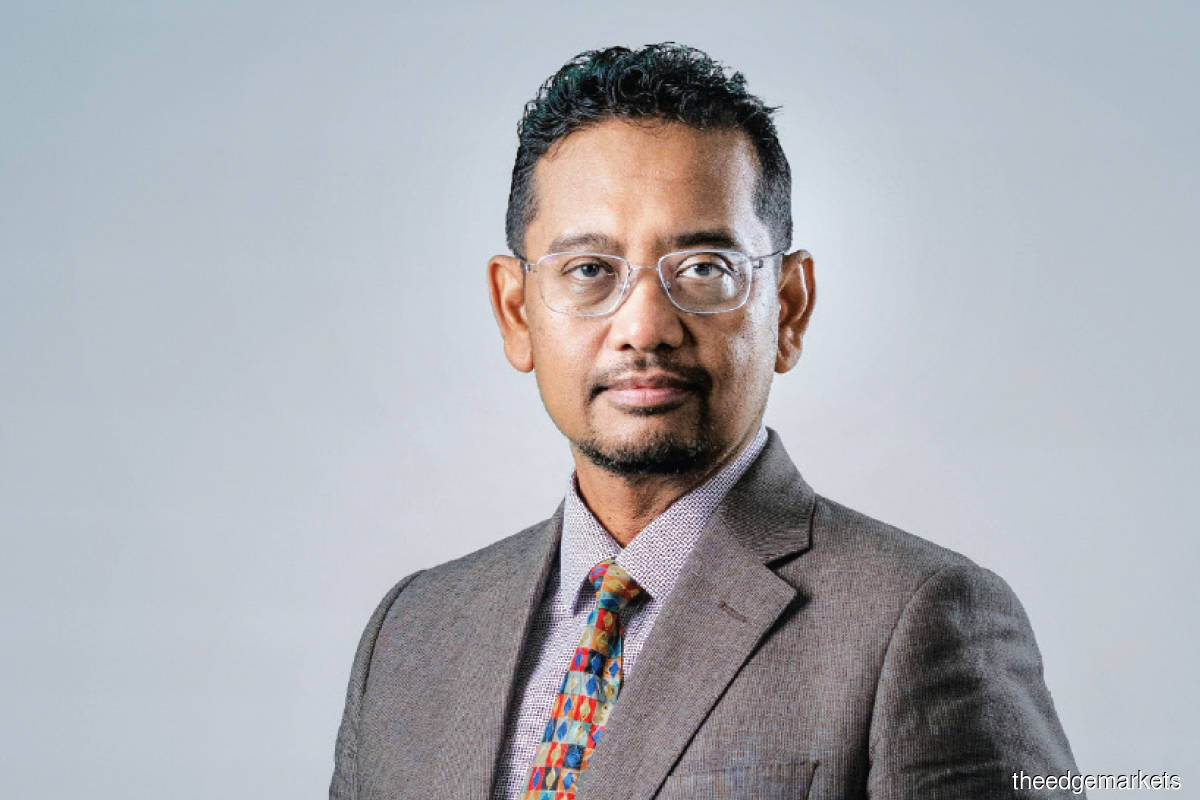 Kamarul: It could be a dual listing, and a decision would be made in the best interests of our shareholders

MALAYSIA-based Aerodyne Group is looking to raise between US$100 million (RM453 million) and US$200 million by next year. With an initial public offering (IPO) on the horizon in 2024, it is in talks with at least three stock exchanges to list its shares. They are the US’ Nasdaq, Tokyo Stock Exchange and Bursa Malaysia.

Over the years, Bursa has seen fewer mega IPOs coming into the public market. It was reported that health supplement producer DXN Holdings Bhd, which plans to raise a whopping RM1.8 billion from the local bourse, is postponing its IPO to next year because of weak market sentiment. The last mega IPO on Bursa was in March, and saw Farm Fresh Bhd raise almost RM1 billion.

Aerodyne founder and CEO Kamarul A Muhamed says the outfit, the world’s largest drone company, has yet to decide which bourse to list on, but it may consider a dual listing.

“It could be a dual listing, and a decision would be made in the best interests of our shareholders. But, of course it will depend on the market condition,” he tells The Edge in an interview.

But with the potential fundraising prior to the IPO, the start-up is set to become the country’s second technology unicorn after Malaysia-headquartered used-car platform Carsome Group, which has a valuation of US$2 billion. However in June, it was reported that Carsome had delayed its dual listing plans in Singapore and the US on concerns that deteriorating macroeconomic conditions could dent its valuation. Carsome was reportedly looking to raise US$300 million to US$400 million for its upcoming IPO on Nasdaq that was scheduled for this year.

Kamarul says Aerodyne is also in talks with a number of investors, both locally and overseas, for the upcoming fundraising.

“We are also eyeing at least three acquisitions in North America, South America and Europe, as well as expanding aggressively in India and Indonesia, especially in the agriculture sector,” he adds.

The company has seen significant revenue growth over the last three years, hitting a record RM64.22 million in FY2021 and tripling the RM24.3 million revenue recorded in FY2020. It posted revenue of RM24.72 million in FY2019.

Kamarul says, as a tech company, Aerodyne needs to be aggressive in research and development activities and that new products that have been introduced have an incubation period before they reach economies of scale.

“When we went into the agriculture sector two years ago, it took us almost one year to get people to use our service because it was new to the market. Now the agriculture segment makes up about one-third of our overall operation and it is already profitable,” he says.

Kamarul points out that Aero­dyne’s foray into the agriculture sector was accidental as the Covid-19 pandemic and the ensuing lockdowns had delayed some of its projects.

“Now we are working to duplicate our services in the agriculture sector to India and Indonesia,” he says, adding that Aerodyne not only provides surveillance and project development monitoring, but it also has the technology to provide information on the condition of the soil and trees to plantation companies.

Aerodyne was founded in 2014 to provide drone surveillance services. It raised US$30 million in its latest financing round — Series C — increasing its valuation to close to US$700 million.

It was reported that one of Aerodyne’s long-time clients, Petroliam Nasional Bhd (Petronas), led the funding round. The capital injection also included a follow-on investment by Kumpulan Wang Persaraan (Diperbadankan), which had invested in Aerodyne in 2020.

Aerodyne is currently the world’s leading drone solution provider with a footprint in 35 countries. Kamarul recalls that the idea to start the company came after he was assigned to track ship movements via helicopter for a local company in Russia.

“I thought the whole project was too costly and I suggested the company opt for drones as an alternative. It cost me RM250,000 and I used my own money. It was a nerve-wracking experience as I had to fly this drone over the sea. At that time, a drone would make an emergency landing when it was running out of battery,” he says.

The project proved to be a success and, as they say, the rest is history. Aerodyne was immediately hired as a vendor for several megaprojects such as the Petronas Pengerang Integrated Complex in Johor and Menara 118 in Kuala Lumpur to provide project updates and progress.

Fast forward eight years, Kamarul says the company has acquired 16 companies globally, which helped to expedite its global growth, including in Australia, Indonesia and the Middle East. “The most challenging part is talent. Most of these acquisitions were for us to obtain talent fast and drones were a relatively new industry at that time.”

According to a report by Drone Insight, Aerodyne is ranked first globally among remote sensing drone service providers with more than 1,000 employees, followed by Japan-based Terra Drone and UK-based Cyberhawk.

It says the commercial use for drones includes surveillance and monitoring, mapping and surveying, precision agriculture, as well as inspection and maintenance. Kamarul points out that most of the company’s drones are self-flying, which is the ability to perform aerial manoeuvres without a human at the controls.

To cater to the growing demand, he says Aerodyne has started to manufacture its own drones. “There was a supply chain crunch for the drones because of the Covid-19 pandemic. Most of our drones are used for the agriculture industry.”

Apart from agriculture, Aerodyne is also involved in surveillance and monitoring of infrastructure assets, including for telco towers, oil and gas fields, solar plants, roads, wind turbines and power grids. The company is also in the business of commercialising drone delivery, which is currently in the pilot stage.

“Going forward, our focus will be on the agriculture industry, and tapping the drone mobility sector too, but it won’t be in the last-mile segment as the market here is not ready yet,” Kamarul says.

For instance, in South Korea, last-mile delivery companies have expanded their delivery services to include drone delivery for online orders of items such as cup noodles, desserts, lunch sets and beverages, all small items that weigh less than 5kg.