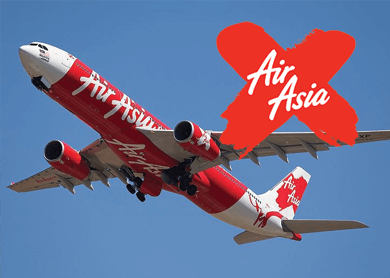 In a statement today, AirAsia X said that the agreement will see FLT and AirAsia X work closely together to promote airline fares, create new and unique offerings for customers, and grow the outbound travel market.

“AirAsia and AirAsia X’s low-cost model has provided direct access for many first time travellers to experience overseas travel, but we also recognise the importance of entering strategic partnerships with established retail leaders like FLT in countries such as Australia,” he said.

Meanwhile, executive general manager of the Australian retail travel outlet Melanie Waters Ryan added that FLT is looking forward to working closely with the AirAsia team due to the low-cost carrier’s strong network.

“AirAsia Group has a strong network and its key destinations — including Bali, Phuket, Kuala Lumpur and Krabi — are among the most popular holiday destinations for FLT's customers and Australian travellers in general.

“We look forward to working more closely with the AirAsia team and believe this relationship will deliver tangible benefits to both companies and to the travelling public in general,” she said.

As at 11.30am, AirAsia X remained unchanged at 25.5 sen per share, with 5.1 million shares exchanging hands.