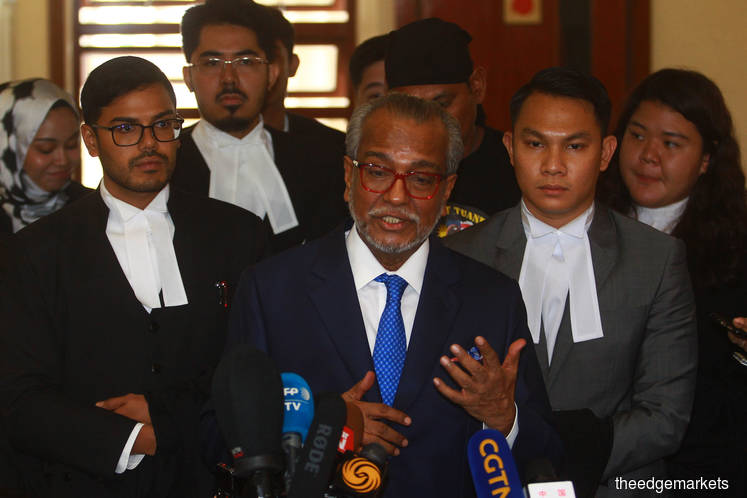 Lawyer Tan Sri Muhammad Shafee Abdullah also maintains that his client had always believed that the billions of ringgit that entered his accounts in 2013 was a donation from an Arab prince.

"Jho Low has misled many people — the banks, 1MDB, even when 1MDB was TIA (Terengganu Investment Authority)... We are going to raise these [points in court]," Shafee told reporters upon conclusion of the first day of hearing in Najib's 1MDB-Tanore trial.

"Our defence is pretty identical [with the SRC trial], that my client has been misled," he said.

Referring to the prosecution's assertion in its opening statement that Najib was the alter ego of Jho Low (whose full name is Low Taek Jho), Shafee said: "We want to see them prove it."

"The opening statement is a promise to the court of the things that [the prosecution] is going to prove... I think they made a lot of promises," he said.

On the prosecution's allegation that Najib moved for the creation of "sham documents" to support his claim that funds transferred to his accounts were a donation, Shafee said Najib "honestly" believed that was the case.

"[This is] because he met the Saudi King, and there was that promise of US$1 billion. And money did come into his account.

During the opening statement, appointed public prosecutor Datuk Seri Gopal Sri Ram described Jho Low as an alter ego and mirror image of Najib, and that the two acted in concert in misappropriating 1MDB funds.

The prosecution also set out to prove that Najib covered his tracks on the 1MDB funds when the scandal broke out in July 2015, through the production of fake letters and cheques that were never meant to be cashed out to show at least RM2.03 billion came as a donation from an Arab prince.