Ambrin: I couldn't agree with the word ‘tampering’ 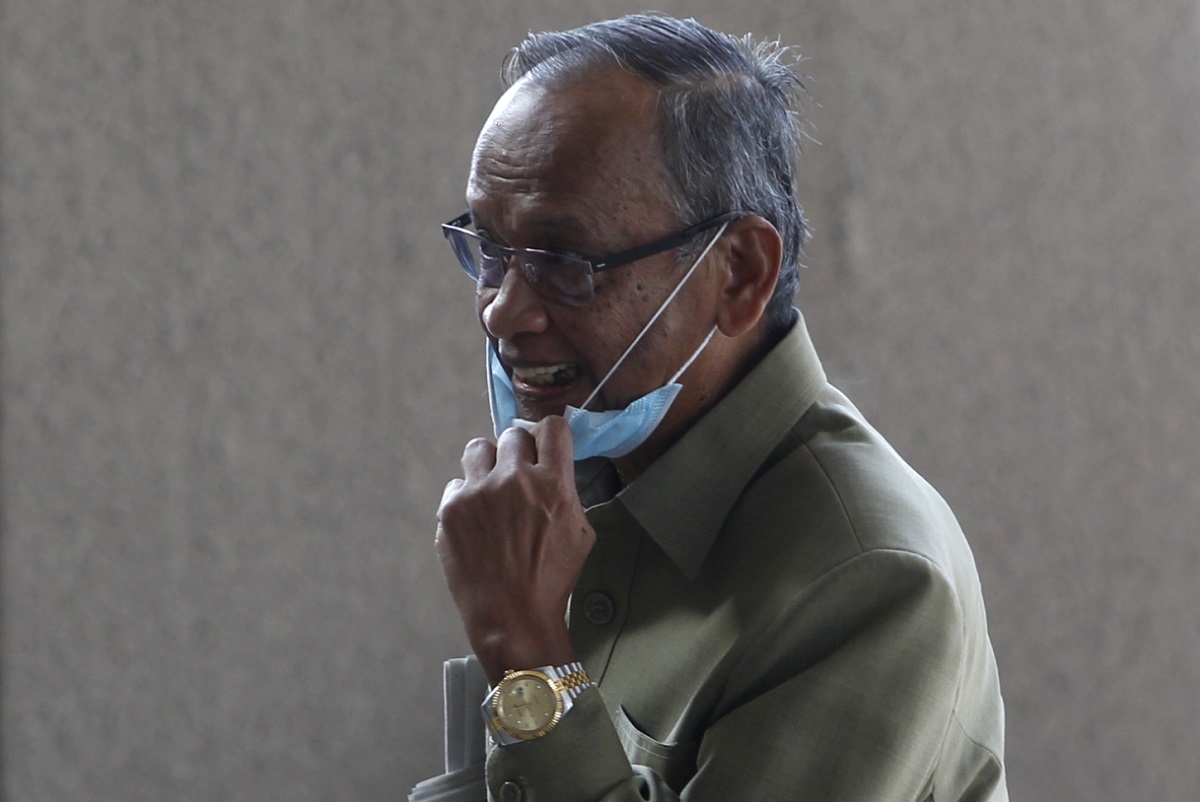 "I was surprised when she made the statement alleging that there was tampering. Because had she contacted me and asked for explanation, I probably could have explained to her what really happened."

KUALA LUMPUR (Aug 10): Former auditor-general Tan Sri Ambrin Buang said he could not agree with the use of the word “tampering” by his successor Tan Sri Dr Madinah Mohamad in a press statement in 2018 to describe changes made to an audit report on 1Malaysia Development Bhd (1MDB).

Shafee read out a statement Ambrin had made to the Public Accounts Committee (PAC) during the parliamentary committee's investigation into the 1MDB audit report tampering.

The statement read: "The accusation that there was tampering or unauthorised alteration is a serious allegation because it challenges my dignity and integrity as the auditor-general. It also questions the credibility of my colleagues in the National Audit Department (NAD) who had worked hard to prepare the (audit) report."

“You remember making this statement [to the PAC]?" Shafee asked Ambrin.

Ambrin responded by saying that he only disagreed with the term "tampering". He said he had authorised the amendments to the audit report, following requests by the government, before it was tabled to the PAC.

"My understanding of the word ‘tampering’ is there is an unauthorised situation. But in this particular case, there were amendments to the audit report and authorised by me. So it was not unauthorised. I appeared before the PAC to explain from my own perspective there was no tampering in the sense that it was done by others outside of my control," he explained.

Shafee: You were not pleased at all with any suggestion that your report consisted of some tampering?

Ambrin: I simply couldn't agree with the word "tampering"

Shafee: You were also not happy that this matter was raised by Tan Sri Dr Madinah, your successor, without consulting internally with you and the team before she made it public?

Ambrin: Yes, I think I was surprised when she made the statement alleging that there was tampering. Because had she contacted me and asked for explanation, I probably could have explained to her what really happened.

Shafee: You were never consulted by her?

In her press statement dated Nov 24, 2018, Madinah confirmed that the 2016 final NAD audit report on 1MDB was tampered with, and that orders to alter the report first came from Najib.

It was also established earlier during this trial that NAD director (governance sector) Datuk Nor Salwani Muhammad had kept one of the six copies of the unaltered version of the 1MDB audit report which was later given to Madinah for safekeeping.

The original copy was later submitted to the Malaysian Anti-Corruption Commission (MACC) and the police for further investigation.

Ambrin today also maintained that there were two versions of the audit report. One was the draft that the NAD was prepared to present to the PAC, and the other was the "final copy" after omissions of certain details, which is the version that was tabled to the PAC.

He said the fateful meeting on Feb 24, 2016 to review the audit report, which was called after Najib's then principal private secretary Tan Sri Shukry Mohd Salleh learnt about the draft report, was not common practice.

Ambrin testified that Shukry wanted to make sure that the amendments were carried out so that issues within 1MDB would not be spun by the opposition at the time. As such, the former auditor-general felt the pressure to comply.

"What I was not happy about was that (then chief secretary to the government) Ali Hamsa authorised Arul Kanda to sit down with my team and review our report, page by page, paragraph by paragraph, and remove references. This is abnormal," he said.

"I find it insulting that the auditee (1MDB) is given the honour to review my report, page by page, paragraph by paragraph, so whatever opinion we expressed in the report will be removed.

"I was told to keep my opinion to myself and write a book about it. How could I be happy? In short, during the Feb 24 meeting, we had to do abnormal things beyond normal practice," he told the court.

In the trial, Najib is charged with abuse of power as a public officer in his capacity as prime minister and finance minister in altering the 1MDB audit report which was to be tabled to the PAC in 2018. This was so that no action could be taken against him by Parliament.