Ambrin: Watermark-bearing audit report would have been given to PAC if not for amendments sought by Najib 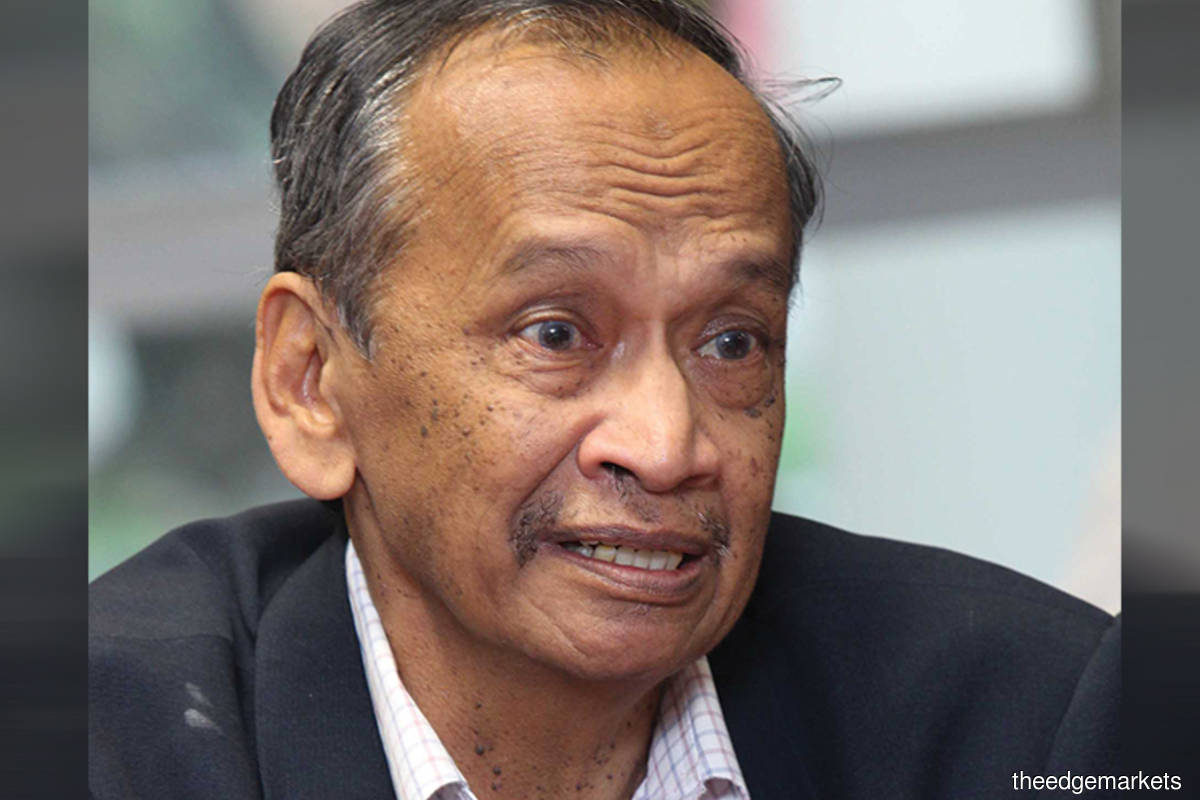 KUALA LUMPUR (Aug 24): Former Auditor-General Tan Sri Ambrin Buang (pictured) reiterated today that the initial 1MDB special audit report bearing the “09” watermark had already been completed by Feb 24, 2016 and would have been submitted to the Public Accounts Committee (PAC), if not for requests for amendments made by former premier Datuk Seri Najib Razak.

Testifying in the 1MDB audit tampering trial at the High Court, Ambrin said he stood by the four paragraphs in his witness statement which he had earlier testified in the proceedings.

“I stand by what I have said in those paragraphs,” he said during re-examination by Senior Deputy Public Prosecutor Datuk Seri Gopal Sri Ram.

In the four paragraphs, Ambrin stated that the report bearing the watermark would have been considered as the final audit report for 1MDB, had the PAC meeting not been postponed on Feb 24, 2016.

“However, subsequent meetings held between Feb 22 and Feb 24, 2016 gave way for the amendments to be made.

“The impact of the amendments requested by Najib either directly to me or through former chief secretary Tan Sri Ali Hamsa or (attorney-general's representative) Datuk (now Tan Sri) Dzulkifli Ahmad has placed me in a difficult position of not abiding by the then PM's request and assurance made by him to investigate the things raised by the National Audit Department (NAD),” he said.

The Feb 22 meeting was held at Najib's office and attended by Ambrin, Ali, and also Najib's then principal private secretary Tan Sri Shukry Salleh, while the second meeting on Feb 24 was chaired by Ali.

The special audit report was prepared by NAD on PAC's request.

Ambrin said the omissions of facts in the report is very serious and it was done on Najib's requests with his assurance that he would get “to the bottom of this”.

“As an auditor-general and a civil servant (at that time), as Najib was the PM, I viewed his requests as (something that must) be implemented without any prejudice. There had been subsequent meetings that verified that further action would be taken by the authorities to investigate 1MDB,” he said.

The former auditor-general said the preparation of the final audit report had taken slightly longer than the usual 10-month period for NAD to prepare a report.

He said as a government-linked company, 1MDB should have been audited by a professional auditor and it must keep proper records and financial documents in an orderly manner.

“However, in truth, this is far from the reality as the financial statement for 1MDB was only until March 2014, and other supporting documents sought by NAD including bank statements and management accounts were not given, despite various requests being made. This is the difficulty faced by NAD in auditing 1MDB,” he added.

Sri Ram: Your subordinate Nor Salwani Muhammad (now Datuk) was asked to leave the meeting room on Feb 24, 2016, in the meeting chaired by (Ali). Had she be in the room, what is her task?

Ambrin: She would take notes (of proceedings in the meeting).

Ambrin: Najib and (former 1MDB president and CEO) Arul Kanda (Kandasamy) would have to give an explanation to the PAC.

Earlier in the trial, Nor Salwani had testified that as a result of her having to leave the Feb 24 meeting, she had to leave behind her tape recording device in order to record the minutes.

The audio recording and transcripts had been tendered as evidence in the trial.

Sri Ram ended his re-examination of Ambrin, and Ali was then called for cross-examination.

Najib, a former Umno president and former BN chairman, is accused with abuse of power for ordering amendments to the 1MDB final audit report that had already been finalised by the auditor general, before it was presented to the PAC. He allegedly committed the offence between Feb 22 and Feb 26, 2016 at the Prime Minister's Department in Putrajaya.

Arul Kanda is accused of abetting Najib in committing the offence at the same place and time.