Analysts slash target prices for Hartalega, warn of risk of exclusion from KLCI 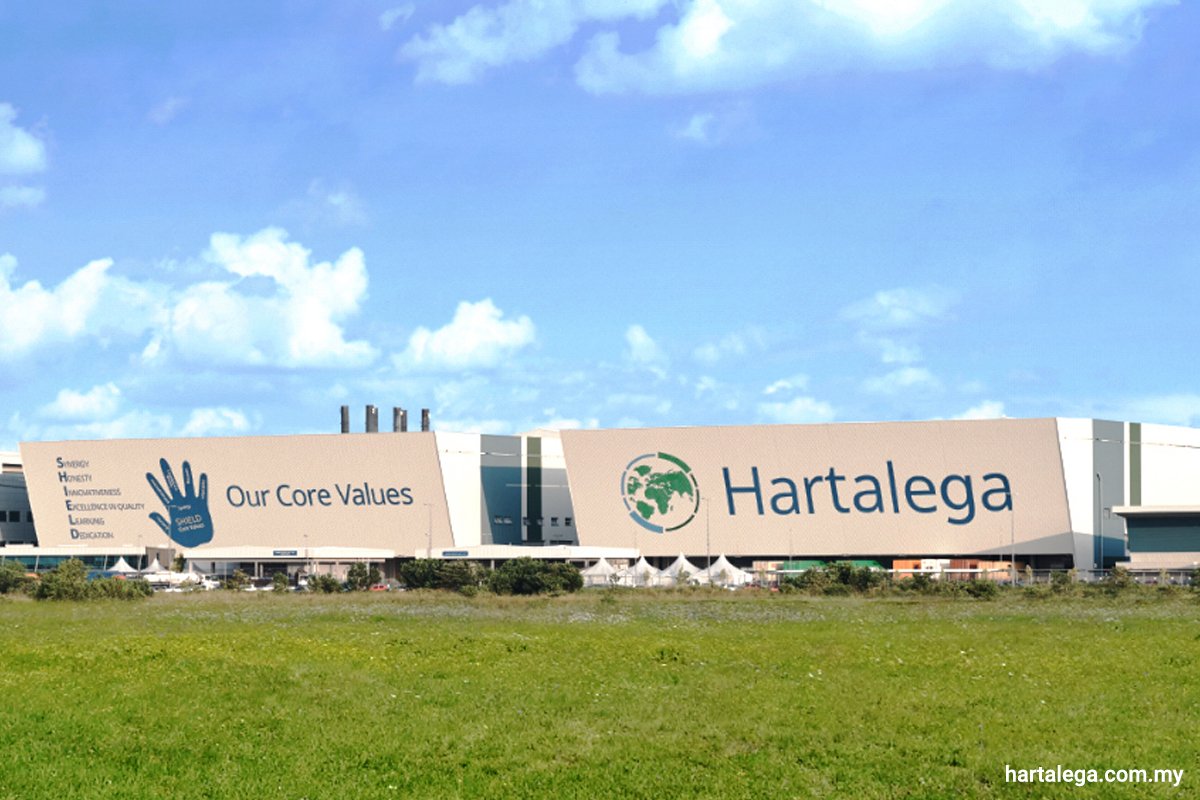 KUALA LUMPUR (Aug 10): Analysts have maintained their "sell" calls on Hartalega Holdings Bhd, and cut their target prices (TPs) for the glove maker, after its earnings for the first quarter ended June 30, 2022 (1QFY23) were below expectations. Hong Leong Investment Bank Bhd (HLIB) slashed its TP to RM1.92, from RM2.37 previously, on the back of lower utilisation rates of plants and average selling prices (ASPs) of gloves.

“In view of the intense market competition, the management expects utilisation rates to decline going forward, with current utilisation hovering around 50% to 60% (in line with industry players).

“Separately, NGC1.5 (Next Generation Integrated Glove Manufacturing Complex) that was previously scheduled for commissioning in October has also been further postponed, and expansion plans are only expected to be revived when the market improves.

“Hartalega has also decommissioned some of its older plants to reduce its overall installed capacity and operating cost,” the research house added.

HLIB also cautioned that Hartalega could be at risk of removal from the FBM KLCI in the upcoming semi-annual review should its share price deteriorate further.

According to the index ground rules, constituents could potentially be removed from the index if they fall below the 35th spot. HLIB warned that a selldown might be triggered if the constituent change materialises.

Meanwhile, MIDF Research lowered its TP for the glove manufacturer to RM2.58, from RM3.09 previously, as it believes pricing and margin compression will continue in FY23, due to weaker demand from customers because of overstocking and subsequent inventory modification, as well as intense competition in the global glove industry.

“The solid balance sheet of Hartalega, which makes up 25.6% of its market capitalisation in net cash, could provide a cushion against market volatility.

“Downside risks are a faster-than-anticipated decrease in ASPs to below break-even levels, and rapid depreciation in the value of the US dollar, which might reduce export sales that are denominated in the US dollar,” it said.

Hartalega’s net profit for 1QFY23 slumped to RM88.28 million, from RM2.26 billion a year earlier, as the rubber glove manufacturer's revenue dropped significantly at a time when ASPs and sales volume declined, after rising to record highs during the crucial period of the Covid-19 outbreak, which began in early 2020.

At market close on Wednesday, shares in Hartalega settled 35 sen or 12.5% lower at RM2.45, giving the company a market capitalisation of RM8.4 billion.