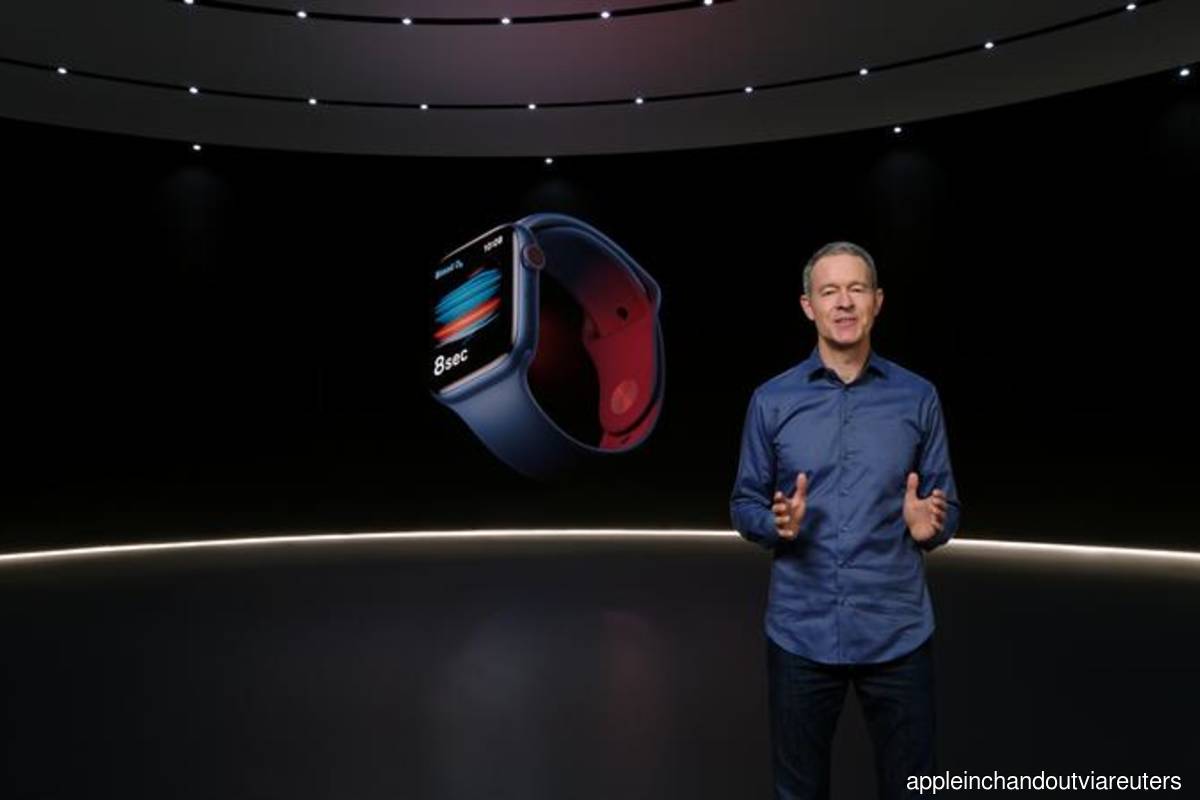 SAN FRANCISCO (Sept 15): Apple Inc rolled out a new virtual fitness service and a bundle of all its subscriptions, Apple One, focusing a holiday-season product launch on services that are the backbone of Apple's growth strategy and cater to customers working at home during the Covid-19 pandemic.

Apple also introduced a new Apple Watch Series 6 that monitors blood oxygen and will cost US$399, and a lower-cost Apple Watch SE for US$279.

The Apple One bundle will cost US$15 per month for an individual plan or US$20 per month for a family plan and include television, music and games. Apple is also offering a bundle for US$30 per month that adds news, the fitness service and more storage.

Apple said both new watches can be pre-ordered starting Tuesday and will be available on Friday. Apple also introduced the Apple Fitness+ service, powered by its watches, that will deliver virtual workouts for US$10 per month or US$80 per year and be available before the end of the year.

Shares of exercise stationary bike maker Peloton Interactive Inc, which also has a subscription service, were up about 3.6% after Apple's announcement.

Apple said that most of its workouts were designed to be conducted with either no equipment or minimal gear such as a set of dumbbells, whereas Peloton's workouts typically require either a bike or a treadmill.

The ability of the Apple Watch to monitor blood oxygen seeks to match a similar feature already available on watches from rival Fitbit Inc, which Alphabet Inc's Google is buying for US$2.1 billion.

Apple added a faster chip to its base model iPad, which it priced at US$329 for consumers and US$299 for education customers. Apple's new iPad Air will cost US$599 and look more like its iPad Pro models and a new A14 processor chip that Apple says will be the first to use a 5-nanometer chip manufacturing process.

Apple's biggest seller — the iPhone — is expected to be announced next month after executives have said its launch will be delayed by several weeks because of pandemic-related disruptions.

Apple shares have soared this year, even as the virus has crippled economies around the world, thanks in large part to booming sales of work-from-home items.

Apple shares gave up gains to trade flat on Tuesday, after climbing more than 50% for the year, well ahead of the 23% gain for the Nasdaq. Even though Apple stock has fallen from a record high earlier this month, it remains near its US$2 trillion stock market valuation.

How the new products sell during the holiday shopping season in many markets will largely define how well Apple performs for its entire fiscal year, which started this month.

Doctors in India and other countries have used pulse oximeters to remotely check on Covid-19 patients and ensure their oxygen saturation level does not fall too low.

A level between 95% and 97% is considered normal by the American Lung Association. Patients below 95% should call their doctor and those under 90% should go to the emergency room, health experts advise.

Low oxygen levels are usually not the sole indicator of having Covid-19, the association said.

The previous version of the Apple Watch can already take measurements similar to an electrocardiogram.

Since launching the Apple Watch in 2014, Apple has stuck with one base model, occasionally selling high-priced special editions with gold or ceramic cases as status symbols but mostly varying the price by offering smaller upgrades such as a slightly bigger size, a steel case rather than aluminum or LTE connectivity.