Asia Poly an overlooked stock amid the pandemic 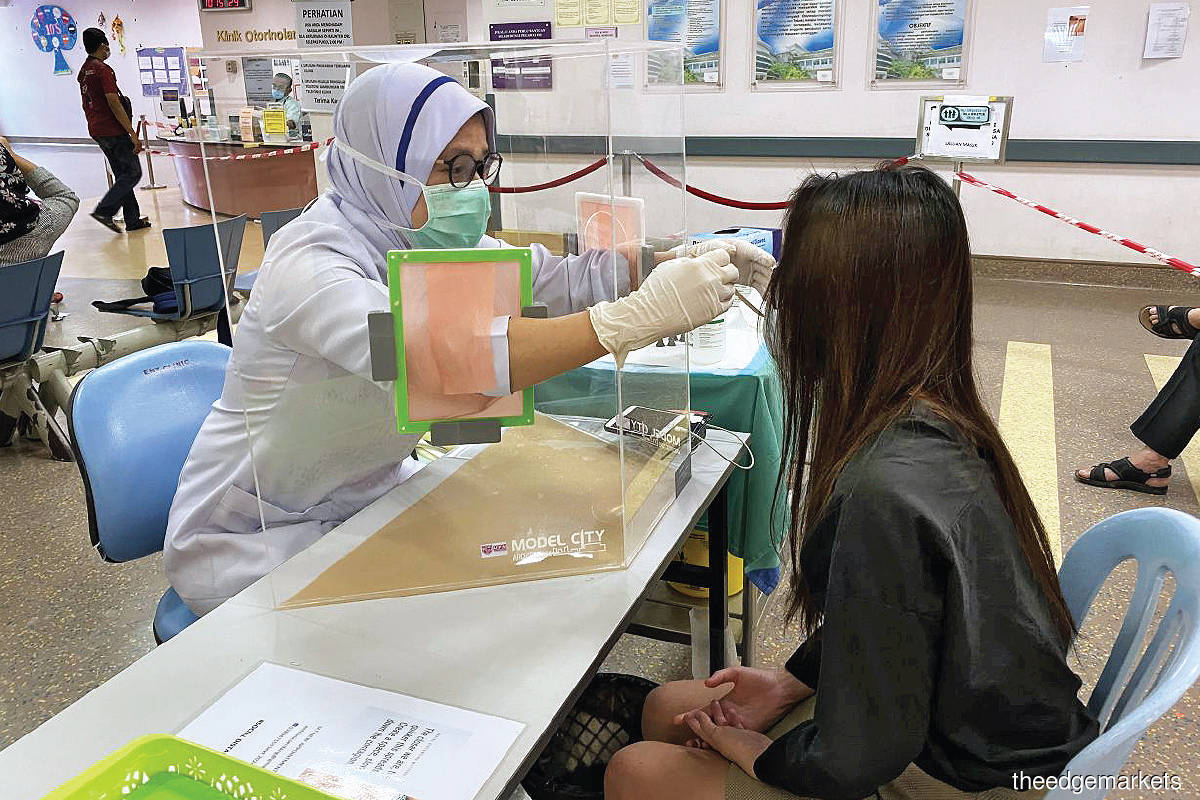 AT a time when investors are chasing eye-popping return on equity in hot plays such as rubber gloves and vaccines, many may not know that cast acrylic sheet manufacturer Asia Poly Holdings Bhd has also benefitted from the Covid-19 pandemic.

“The demand for this barrier, which is to help maintain social distancing and physical separation intended for offices and public spaces, is so huge that this business segment alone is now contributing over 50% of our sales,” he tells The Edge in a video interview.

Klang-based Asia Poly generated revenue of RM57.28 million in the nine months ended Sept 30 (9MFY2020). Acrylic barriers made up about half of the turnover, with the rest coming from various segments, including sanitary, furniture, kitchen, advertising and automotive.

“Suffice to say, Asia Poly is a beneficiary of the pandemic. We are not supposed to celebrate this, but the fact is, the orders have been coming in very strongly since March this year. In fact, some unknown customers whom we never dealt with before have also been making enquiries about our acrylic barrier,” says Yeo.

The 54-year-old was appointed non-executive chairman in April 2015 and, a month later, was redesignated to his current position. Yeo is a major shareholder of Asia Poly and owns a direct 14.09% stake. He is also the chairman and non-executive director of Ta Win Holdings Bhd, and owns a substantial 8.1% in the Bursa-listed copper products maker.

Today, Asia Poly is the largest producer of cast acrylic sheet in Malaysia, and commands a market share of 50% to 60%. However, the Malaysian market only contributes about 17% to its sales.

Yeo says Asia Poly is an export-oriented company and about 21% of its revenue comes from the US — its biggest export market — followed by Europe, which contributes approximately 14% of turnover.

“I foresee that the US will make up 25% of our sales, and Europe will contribute 20% by 1QFY2021. The rest will come from other export markets, including the Middle East, India and Brazil.”

Apart from the Covid-19 factor, Yeo says the company is also benefitting from the ongoing US-China trade war.

“Previously, the Americans had been sourcing acrylic sheets from China. But due to the tariff imposed on Chinese goods, it makes better sense for them to source it from Malaysia,” he explains.

Considering that the prices of raw materials are declining, coupled with strong demand for acrylic screen dividers, Yeo is optimistic that Asia Poly will be able to register a full-year profit in FY2020.

“When the MMA price was at its peak, it was not easy for us to transfer (the cost) to our customers as the increases were too sudden. We had to sell at a very low profit margin, which eventually affected our own financial performance.

“Fortunately, the price started to decline in the second half of last year, and since then, we have been in a more comfortable position.”

Asia Poly utilises the cell-cast production process, maximising the mechanical properties and chemical resistance of the acrylic sheet for use in a wide range of applications.

Its competitors are predominantly from Southeast Asia, in Indonesia, Thailand and Vietnam.

Yeo says Asia Poly’s competitive advantage is that it is capable of producing thicker acrylic sheets that can be used for aquarium and swimming pools. Moreover, it can also produce high-end acrylic sheets for medical use, where the clarity requirement is more stringent.

“We are the only one in Asia using a low-temperature process to produce acrylic sheets, whereas most of our competitors are using high temperature. Our cost of production is slightly higher, but we can control the quality of our products better.”

The company is now running at full capacity of 800 mt per month, and will invest RM12.6 million to double its total production capacity to 1,600 mt per month.

“Hopefully, we can commence operations in June next year and reach optimal level by the third quarter of next year,” says Yeo of the new production plant, for which construction will begin in December.

With the additional capacity, he is confident Asia Poly’s local market share can increase to 80%.

“There are only two major cast acrylic sheet producers in Malaysia. Our closest peer is a non-listed company, which has a production capacity of 300 mt per month. But we are not competing directly in Malaysia; the market is big enough, so if the situation allows, we tend to do more exports,” he says.

Given that the US market offers a much better price, Asia Poly is increasing its exposure there.

“The US market alone is probably worth US$1.2 billion per annum. Our total exports to the US are merely RM20 million per year. We are relatively small in the global market, but of course, the market potential is huge,” Yeo says.

Post-pandemic, the next big thing for Asia Poly could be serving the automotive and solar panel industries.

“Today, the sports car and electric vehicle (makers) are making window, windshield, lamp and meter screens using acrylic instead of glass, which is too heavy.”

He reveals that Asia Poly has been approached by a solar company and is now exploring the possibility of supplying acrylic to it.

“There are still certain criteria to be met. We are working closely ... we will see if we can achieve the quality and volume that they require.”

Yeo admits he did not expect the stock to run up so fast.

“Obviously, the fund managers and investors have high expectations. Some of them have visited our factory and they like our growth story. I cannot comment too much about our stock valuation, so all I can say is that we will try our best to deliver results.”