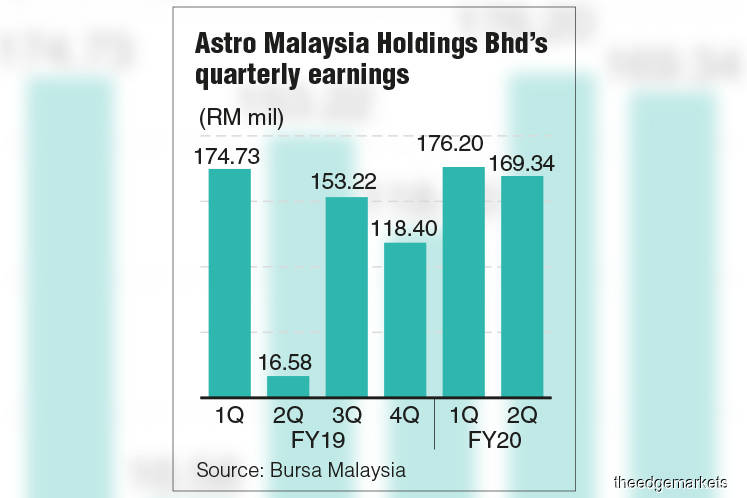 The group said in a bourse filing that earnings per share (EPS) rose to 3.24 sen from 0.32 sen last year.

Astro declared a second interim dividend of two sen a share with an entitlement date of Sept 30 and payment on Oct 11, bringing a total dividend payout for the first half of the year (1HFY20) to four sen, from five sen a year ago.

Astro chief executive officer Henry Tan said the group is “putting in place building blocks for new revenue adjacencies, specifically in broadband and content bundles with Maxis and in OTT (over-the-top) through our strategic partnerships with iQIYI and HBO Asia; with more partnerships in the coming months”.

On its outlook, the group said: “The market remained challenging with structural changes in the global content, media and advertising industries, including threat of piracy.”

The group will continue to fortify its core pay-TV and NJOI businesses by redefining customer value propositions, elevating customer service and refreshing content, in addition to continuing cost optimisation efforts.