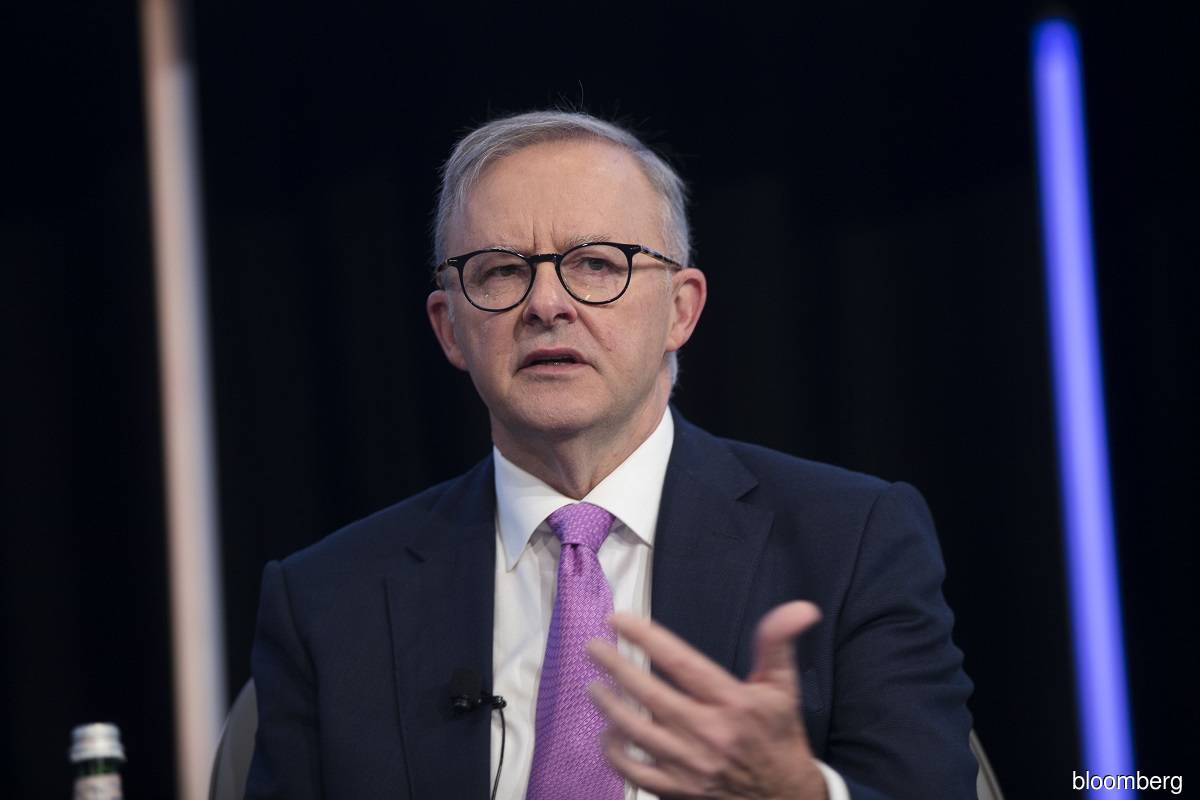 SYDNEY (May 24): New Prime Minister Anthony Albanese rebuked China on Tuesday for imposing hefty tariffs on Australian exports two years ago, in remarks made while attending a regional security conference in Tokyo a day after being sworn in.

Albanese confirmed that he had received a letter of congratulations from Chinese Premier Li Keqiang after winning an election on Saturday, but said he had still to reply to the leader of Australia's biggest trading partner.

"We will respond appropriately in time, when I return to Australia," Albanese told journalists in Tokyo, where he was attending a summit of the Quad group along with US President Joe Biden and the prime ministers of Japan and India.

Albanese said he was more concerned about wide-ranging tariffs on Australian goods from coal to lobster, imposed by China just a few years after the two countries implemented a free trade agreement.

"It's not Australia that has changed, it's China," Albanese said.

"It's China that has applied sanctions on Australia. There is no justification for doing that. And that's why they should be removed."

There had been speculation in Australian media that the congratulatory message from Xi might signal a diplomatic thaw.

Relations have been at their lowest ebb for the past couple of years following clashes over issues ranging from trade to the origins of Covid-19, and accusations of China using the internet to meddle with Australia's democracy.

National security, specifically in relation to China, was among the main election issues in Australia, and only weeks before polling day the Solomon Islands and China announced a security pact, sparking fears of a Chinese military build-up less than 2,000 kilometres away.

The stance Australia's new premier adopts at the Quad summit could be closely watched by China, which regards the informal security grouping as an attempt to counter its influence in the Indo-Pacific region.

With votes still being counted, Albanese's Labor Party is leading on 75 seats — one short of the 76 required for a majority in the 151-seat lower house. Some analysts predict Labor will get enough seats to govern on its own.