Bakke: Understanding among board members to keep Najib's name out of public domain 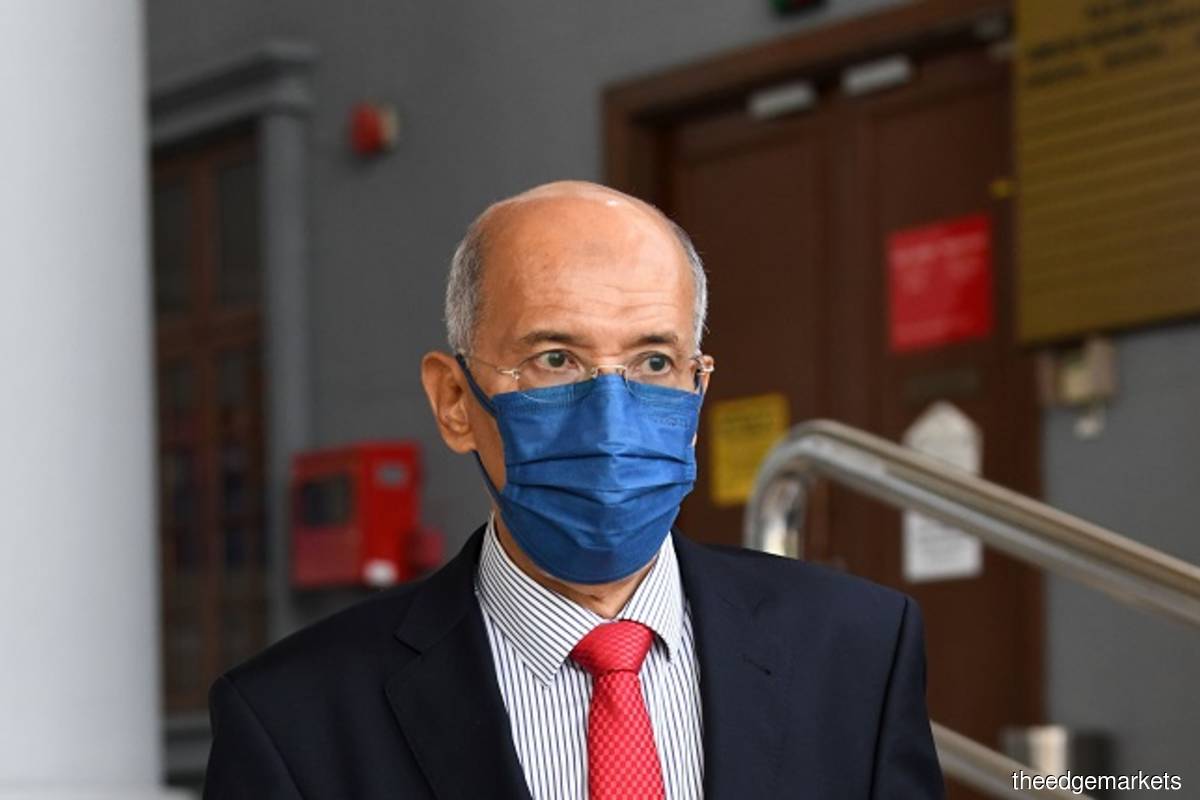 KUALA LUMPUR (May 18): Former 1Malaysia Development Bhd (1MDB) Chairman Tan Sri Mohd Bakke Salleh said that there was an understanding among board members that former premier Datuk Seri Najib Razak's name was to be kept out of the public domain.

Testifying at the 1MDB-Tanore trial before Justice Datuk Collin Lawrence Sequerah, Bakke said this understanding was reached even though he had a phone conversation with Najib just before the start of a board meeting on Sept 29 2009, which he had earlier testified had led 1MDB to commit to a joint venture, 1MDB-PetroSaudi Ltd, with PetroSaudi International (PSI).

Bakke was cross-examined by Najib's counsel Tan Sri Muhammad Shafee Abdullah, who highlighted the transcripts from Bakke's testimony before Parliament's Public Accounts Committee (PAC) into 1MDB's humongous financial losses, which he had attended in Feb 2016.

Shafee pointed out that the phone call was not mentioned in the PAC report.

Shafee: Was this the culture of 1MDB or government-linked companies?

Bakke:  The rationale (is that) we (would) not put the (then) PM in the public domain by mentioning his name.

Previously, Bakke had testified that just before a board meeting commenced on Sept 26, 2009, fugitive-financier Low Taek Jho had handed his phone to Bakke, as Najib was on the line and wanted to speak to him.

The former premier had asked Bakke to get the board to not dwell on past dealings which they were uncomfortable with and to firm-up a decision regarding the joint venture, 1MDB-PetroSaudi Ltd.

In the separate 1MDB-audit tampering trial, Bakke had added that he informed board members of the call and they had collectively decided not to record it formally in the meeting minutes.

Shafee then said that he had scoured the entire PAC testimony but the phone call was nowhere to be mentioned.

Shafee: I have scoured through the whole episode of you receiving the phone call from the PM and it was totally absent. Is that correct or am I seeing things?

Bakke: Yes, correct...again it goes back to what was agreed earlier. We would not allude or mention anything to the PM especially (regarding) the phone call. That was the agreement (with the board members).

Shafee: Strictly it was unnecessary to mention. Would that be correct...because the (former) PM did not direct anybody to make a decision on the JV?

Bakke: That was his request.

'Followed even to the washroom'

The 40:60 JV involved 1MDB undertaking an equity investment of US$1 billion, while PSI would inject US$1.5 billion worth of assets.

After the JV agreement was signed, PSI said its US$1.5 billion asset injection into the JVCo entailed a US$700 million advance for 1MDB, which meant 1MDB owed PSI.

Through the instructions of former 1MDB chief executive officer Datuk Shahrol Azral Ibrahim Halmi, 1MDB had diverted US$700 million from the US$1 billion JV equity investment into an account belonging to Good Star Ltd, on grounds that PSI said Good Star was its affiliate. The company was actually associated with Low.

Bakke said he was "flabbergasted" by this and resigned in protest on Oct 19, 2009.

However, he testified that he had attended the formal signing ceremony of the JV, as he had been invited. He said he attended as a "sign of respect" to the board members and also the shareholder.

Minister of Finance Incorporated (MoF Inc) fully owns 1MDB and Najib as its minister at that time is its sole shareholder.

Although the actual agreement was already signed, the formal event was held in November at the 1MDB office, which was attended by Prince Turki, co-founder of PSI, Najib and guests, Bakke said.

Bakke revealed that he was shadowed by a 1MDB employee at the event, even when he went to the washroom.

"My movements were closely monitored by one of the 1MDB employees; he followed me everywhere, even to the toilet," he said when asked if he met with Najib at the event.

When asked why he thought he was being shadowed, Bakke said that his guess was as good as Shafee's and that he was just relating what had transpired.

Shafee insisted that Bakke could have seen Najib during the ceremony and expressed his dissatisfaction over the remittance to Good Star, among other matters.

Shafee: You didn’t tell anyone that you wanted to see the PM?

Bakke: After I resigned from the company... I'm not getting involved at all. It is something I want to put behind me.

Shafee: You think he would stop you if you approached (Najib)?

Bakke: I don’t think he would dare to stop me.

Read also:
Bakke: I was asked to safeguard Najib's name at PAC hearings by its chairman
Bakke did not inform Najib of resignation in person as he suspected the former PM had 'personal interest' in US$1b misappropriation