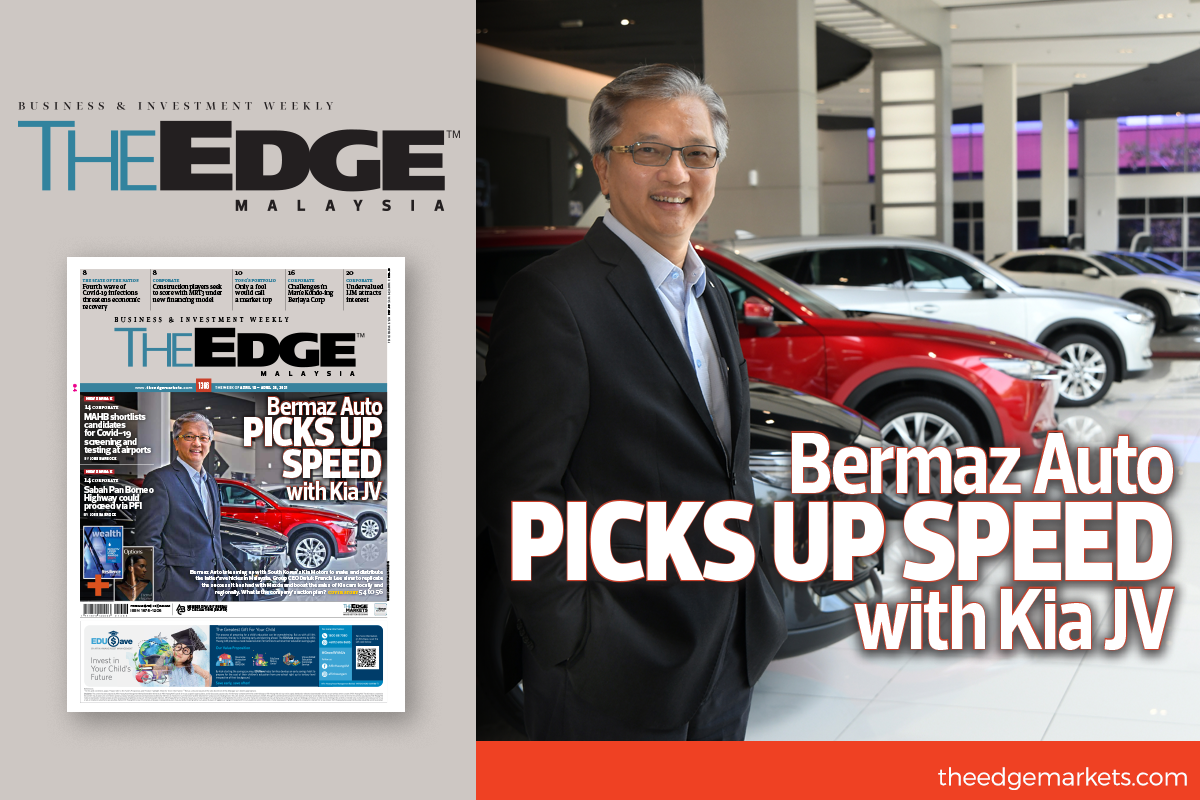 KUALA LUMPUR (April 17): Bermaz Auto Bhd (BAuto) — previously known as Berjaya Auto Bhd — has been focusing solely on the Mazda franchise over the past 13 years.

Not content with resting on its laurels, BAuto — whose single largest shareholder is the Employees Provident Fund (EPF) — recently stepped up its game when it secured the Kia franchise.

The automotive firm will not only take over the Kia distributorship from Naza Group, but also become a joint-venture (JV) partner of Kia Motors Corp, South Korea’s second largest automobile manufacturer after its parent company Hyundai Motor Co.

However, industry observers were quick to point out that Kia only sold less than 800 cars in Malaysia last year as the non-national car brands’ market share in the country was largely dominated by the Japanese marques.

Is that true that most Malaysians prefer Japanese cars over Korean cars? What are BAuto's strategies to increase the popularity of Kia?

In the latest issue of The Edge, we spoke to BAuto chief executive officer (CEO) and executive director Datuk Francis Lee Kok Chuan who shared his secret to success in revitalising Mazda, and how he intends to replicate the business model and hence deliver success for Kia.

Read more about it in The Edge Malaysia weekly’s April 19 edition.