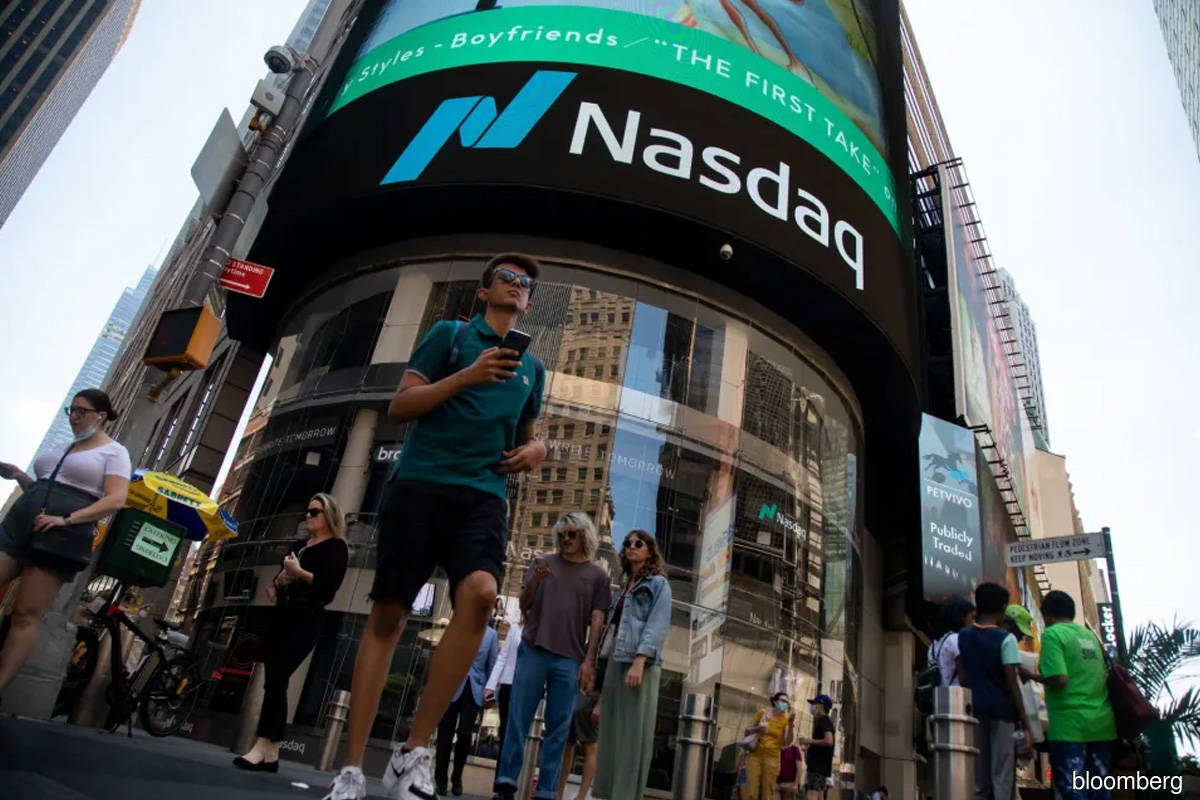 (July 6): US stock futures extended gains after markets closed Tuesday as investors appear to be embracing risk, at least for the start of the week, as markets resume trading in full force following America’s long Independence Day holiday weekend.

Traders departed from this year’s winning strategy of buying energy stocks after West Texas Intermediate crude tumbled below US$100 a barrel for the first time in a month. Instead, they snapped up shares of technology stalwarts and delved into some of the riskiest corners of the market — from Peloton Interactive Inc to Coinbase Global Inc.

Futures contracts tied to the Nasdaq 100 Index were up 1.7% in after-hours trading, holding onto the the tech-heavy benchmark’s comeback in which it erased steep losses after tumbling as much as 1.9% earlier in Tuesday’s session. Tech giants like Apple Inc, Amazon.com Inc and Google parent Alphabet Inc led the rally.

Even with Tuesday’s rally, strategists say it is too early to tell if there’s a durable shift in the stock market’s leadership. But there are hints of that appearing, as the S&P 500’s best-performing sector of 2022 — energy — gets pummeled. The group, which has surged nearly 26% in 2022, sank 4% Tuesday for its worst day in nearly two weeks after oil futures sank. The group has shed 21% in the past month.

That may be a sign that traders are starting to give up and selling everything, a much-needed process for the market to bottom out as pessimism reaches extremes. Now, traders are looking for more panic selling as sentiment remains bearish.

Individual investors appear to prefer to “hide out in the run-up to any recession” by buying shares of tech giants, like the FAANG stocks and chipmakers Nvidia and AMD, Vanda Research analysts said in a note. The FAANG basket has seen US$704 million in retail inflows over the past week through Friday’s close, Vanda data show.