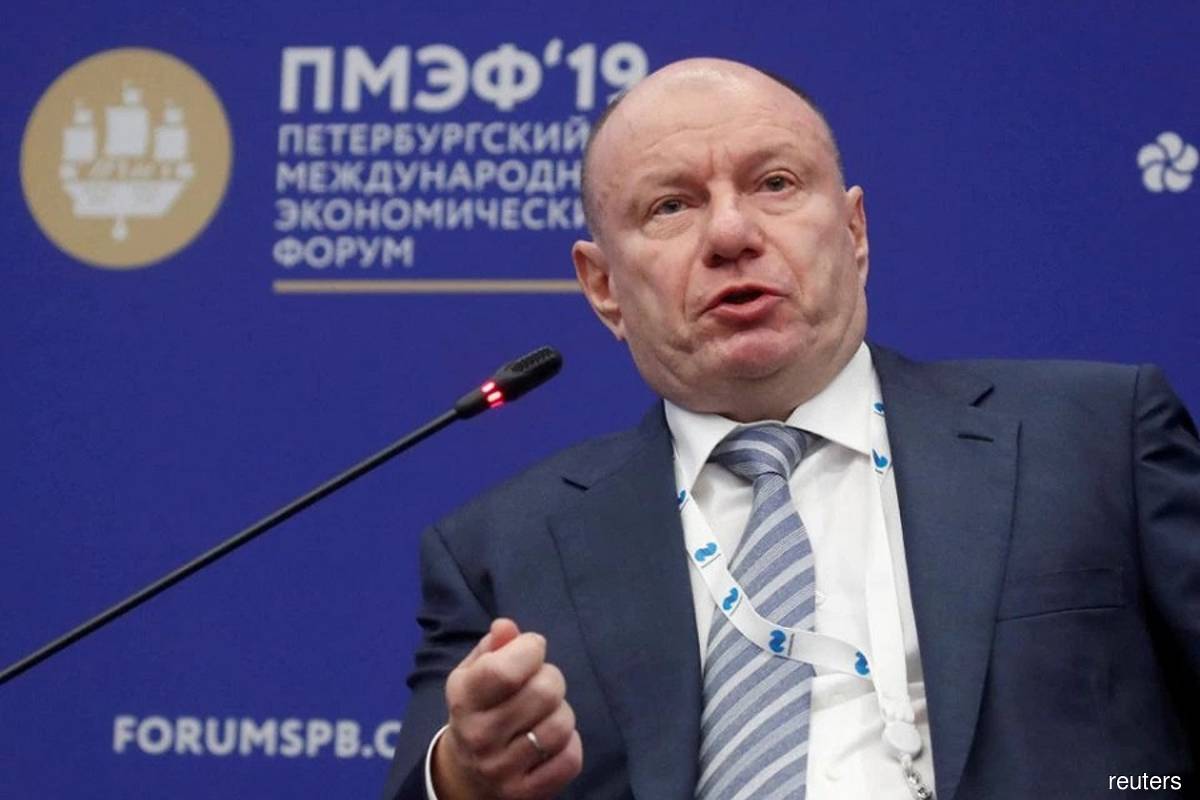 (June 29): The UK government imposed sanctions on Vladimir Potanin, Russia’s richest man and the president of MMC Norilsk Nickel PJSC, in the latest escalation of economic measures against Moscow.

Potanin, whose net worth is US$37.1 billion according to the Bloomberg Billionaires Index, has until now largely avoided western sanctions that have been imposed on other members of the Russian elite. He was sanctioned by Canada in April.

It wasn’t clear whether the sanctions on Potanin would extend to Nornickel, which is one of the world’s largest producers of nickel, palladium and copper. Potanin is the company’s top executive and owns over 30% through his investment company Interros. Palladium rose as much as 6.2% on the news, while nickel prices jumped 9.2% before paring gains.

Since Russia’s invasion of Ukraine, Potanin has bought up some of Russia’s key privately owned banks, including buying Rosbank PJSC from Societe Generale SA. He also bought a stake in Tinkoff Bank from founder Oleg Tinkov, who said he was forced to sell after criticizing the war.

In a press release, the UK’s Foreign, Commonwealth & Development Office said that Potanin “continues to amass wealth as he supports Putin’s regime, acquiring Rosbank, and shares in Tinkoff Bank in the period since Russia’s invasion of Ukraine.”

In its updated sanctions list, the UK said Potanin “is obtaining a benefit from or supporting the Government of Russia by owning or controlling Rosbank.” It made no mention of Nornickel.

UK government sanctions on individuals automatically extend to any company they own or control.

That includes companies where an individual owns more than 50% of the shares, but also those where they have the right to appoint a majority of the board of directors, and those where “it is reasonable to expect that the person would be able to ensure the affairs of the entity are conducted in accordance with the person’s wishes,” according to UK government guidance.

The UK is not a significant market for the company, which sells most of its products in the EU, the US and China. Still, it is the home of the London Metal Exchange, which controls a network of warehouses around the world and where global metals prices are set.

The sanctions will bring to a halt the massive divorce claim from his ex-wife in London. Just this week the UK’s Supreme Court agreed to hear an appeal on whether the country is the right venue for the bitter legal fight -- a case he has been trying to stop for several years. The divorce claim could exceed US$7 billion.