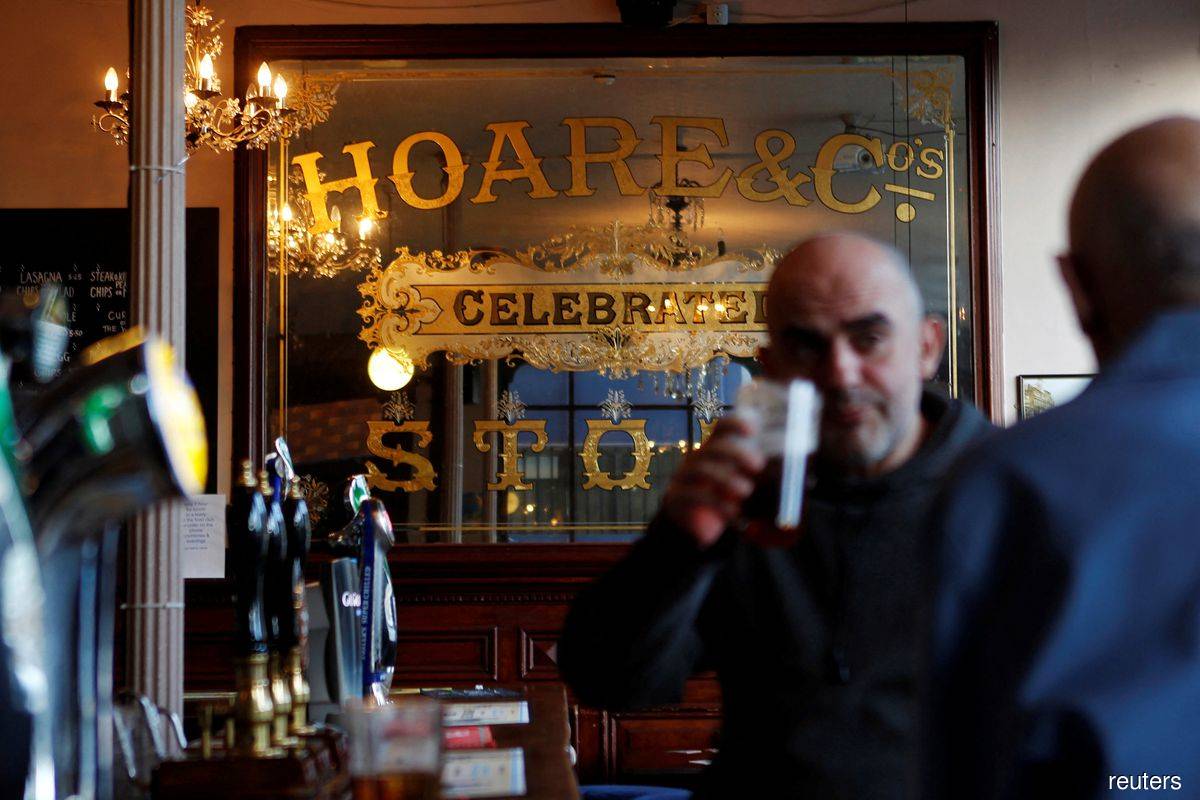 LONDON (July 5): The number of pubs operating in England and Wales is the lowest on record, research showed on Monday, as surging energy costs combine with a shortage of workers to threaten the future of a much-loved British institution.

British inflation is hovering at 40-year highs, spurred by roaring post-pandemic demand for goods and services and more recently, the Ukraine crisis, pushing up fuel and energy bills.

There were 39,973 English and Welsh pubs at the end of June, 200 fewer than were open at the end of last year, real estate adviser Altus Group said, citing an analysis of UK tax authority data going back to 2005.

In May, British pub operators Mitchells & Butlers and Marston's warned that expenses stemming from the Russia-Ukraine war and the cost of living crisis would cut their profits.

The hospitality industry as a whole has suffered in recent years during the COVID-19 pandemic which kept customers at home and, coupled with Brexit, deprived the industry of the workers it needs.

Though Britain's national identity is closely intertwined with its "public houses" - often depicted as the heart of a community - their number is in long-term decline due to a range of factors including changing drinking and social habits.

Many pubs also struggle to compete with the lower alcohol prices available at supermarkets.

Roughly 7,100 pubs have been lost in the last decade, Altus said. Many of those that have disappeared have either been demolished or converted into homes or offices.

Emma McClarkin, chief executive of the British Beer and Pub Association, said in an emailed statement that the numbers painted a "devastating picture".

"It's essential that we receive relief to ease these pressures or we really do risk losing more pubs year on year," she said.