PM Anwar: Cabinet to be formed soon, after considering views of all parties in govt 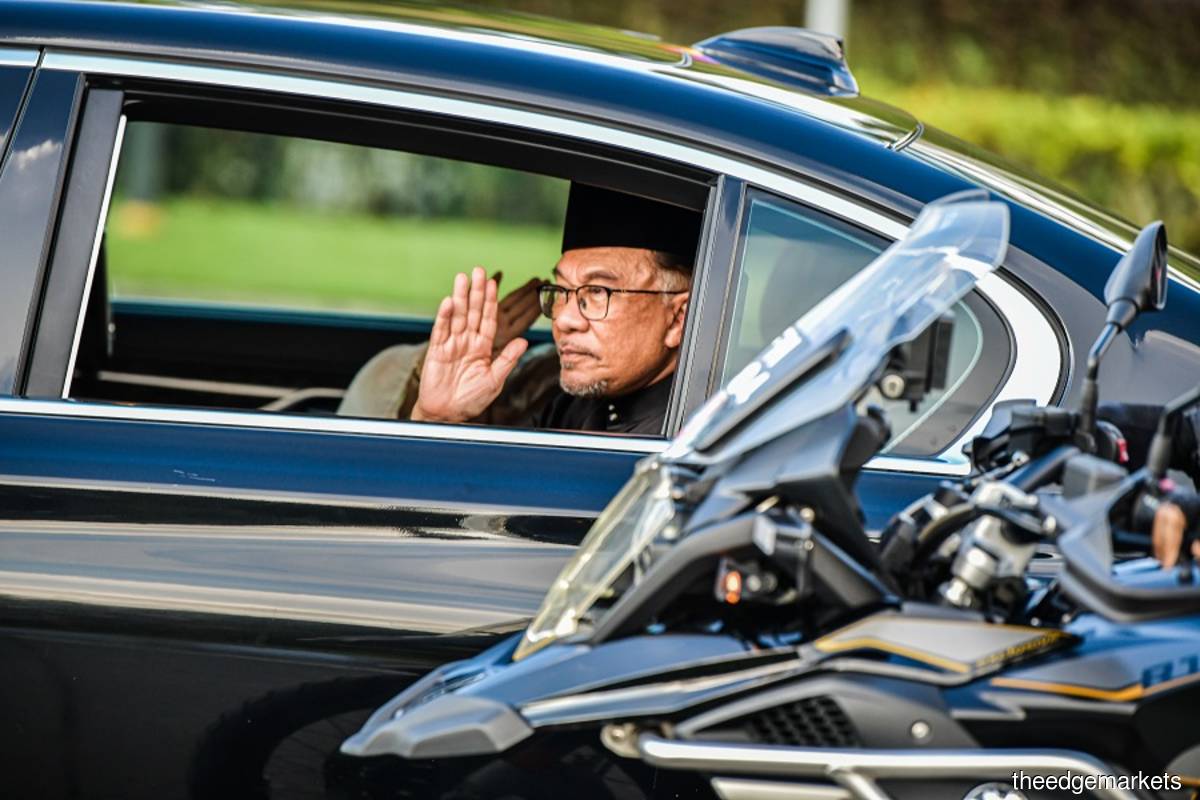 PETALING JAYA (Nov 28): The formation of the unity government Cabinet will be made as soon as possible, after taking into account the views of all parties in the government, says Prime Minister Datuk Seri Anwar Ibrahim.

He said the matter must be looked into, as the size of the Cabinet in the unity government would be reduced.

"As I said, this is not usual. This unity government involves eight parties.

"If in the past (when the previous government) came in, 50, 60 (Cabinet members were appointed), it was okay…if that wasn’t enough, ambassadors and special advisers (were also appointed). I am not willing to do that," he said.

He was speaking to reporters after chairing the Pakatan Harapan (PH) Presidential Council Meeting at the PKR headquarters here on Monday (Nov 28).

Asked about the possibility of Barisan Nasional (BN) chairman Datuk Seri Dr Ahmad Zahid Hamidi joining the Cabinet, Anwar said: "We will take everyone's views into account in the discussion. But we know in terms of the law, only after there is a punishment meted out (when a person is proven guilty by the court)...others (who are not yet proven guilty), we can consider," he said.

This was the first PH Presidential Council Meeting after Anwar was appointed as the 10th prime minister.

Anwar also stressed that the vote of confidence motion on him would still be presented at the Dewan Rakyat session on Dec 19, although there are PH leaders who believe that the motion does not need to be tabled, as there is no issue surrounding Anwar's legitimacy as prime minister.

Meanwhile, he said the meeting on Monday, among other issues, discussed the latest developments in PH after facing the 15th general election (GE15), in addition to his sharing of the result of his special meeting with the Sultan of Brunei Sultan Hassanal Bolkiah at Seri Perdana, Putrajaya, earlier on Monday.

Meanwhile, PH communications director Ahmad Fahmi Mohamed Fadzil said the meeting also discussed issues such as the cost of living, as well as the risk of floods following the continuous rain warning issued by the Meteorological Department (MetMalaysia).

Fahmi said the Prime Minister also informed them that the police had been ordered to take strict action against any party that spread slander against him.

"Anwar does not intend to take action against public criticism of him such as wearing ‘capal’ (sandals) (when clocking into the Prime Minister's Office).

"But we draw the line against elements of slander such as accusing Anwar of being an agent of Israel and so on...he (prime minister) has asked the police to take action," he said.

Anwar was sworn in as prime minister on Thursday and leads a unity government comprising PH which has 82 seats, followed by BN (30 seats), Gabungan Parti Sarawak (23), Gabungan Rakyat Sabah (six) and other parties.