Change of power from federal govt to PM in 1MDB was Jho Low’s instruction, says Shahrol 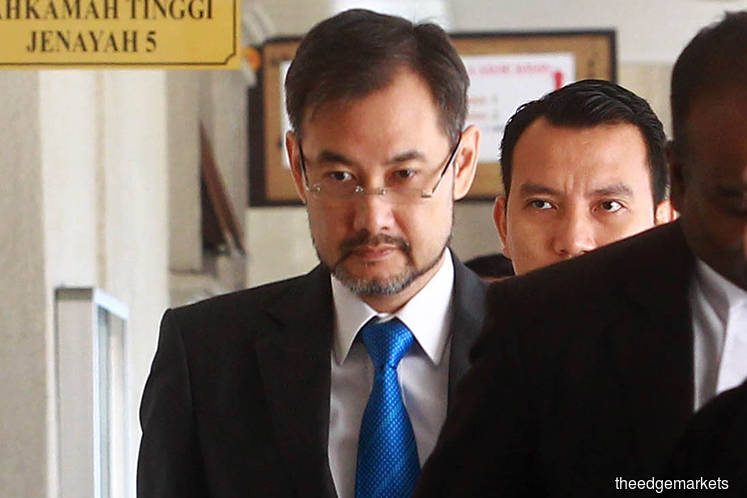 KUALA LUMPUR (Oct 17): The transfer of decision-making power from the federal government to the prime minister in 1Malaysia Development Bhd (1MDB) was made by the board at the advise of Low Taek Jho, said 1MDB’s former chief executive officer Datuk Shahrol Azral Ibrahim Halmi.

At the 1MDB-Tanore trial today, Shahrol testified that the amendment of 1MDB’s Memorandum and Articles of Association (M&A) to remove Article 9A and insert Article 117 was under the instruction of the fugitive businessman at the request of Datuk Seri Najib Razak.

In a nutshell, Article 117, which was inserted on August 11, 2009, states that it requires a written approval from the prime minister before 1MDB can decide on a wide range of issues.

It replaces a similar clause which put similar authority to the Federal Government in Article 9A, that has been present in the M&A of 1MDB’s previous incarnation Terengganu Investment Authority (TIA) since May 5, 2009.

During his cross-examination as the ninth prosecution witness in the trial, Shahrol clarified with lead defence counsel Tan Sri Muhammad Shafee Abdullah that 1MDB had consulted with Wong & Partners — 1MDB’s legal firm that was recommended by Jho Low — for the changes.

Shafee: The lawyer in charge was Brian Chia.

Shahrol: The amendment is not administrative, the content [of the amendment was specifically on the placing of the federal government of Malaysia to [be changed to] the Prime Minister. [The change] came from Jho, who said that this was what Datuk Seri Najib wanted in order to make this non-ambiguous.

Shafee: You never found out if this was the desire of Datuk Seri Najib.

During the cross-examination, Muhammad Shafee also went into other changes in the M&A of the state-owned fund, which sought to protect the interests of its shareholders — the Terengganu state, and subsequently, the Ministry of Finance (MoF).

During the TIA days, there were three amendments to protect the rights of Terengganu and the MoF, one of which was for TIA to have a board of advisers (BOA) to advise the board on investments — should the board have sought the advice.

“The advisers only operate when the board seeks them. This still maintains the BOA as the supremo,” Muhammad Shafee said, to which Shahrol agreed.

Najib is currently facing 25 criminal charges in the trial for the alleged embezzlement of billions in 1MDB funds between 2009 and 2014. Najib was prime minister, Minister of Finance and the chairman of 1MDB’s BOA at the time.

Shahrol has previously testified that Jho Low was Najib’s consigliere who got things done for Najib and unofficially represented the former prime minister in 1MDB.

The prosecution, led by Datuk Seri Gopal Sri Ram, said in the trial’s witness statement that it will prove that “the accused by his words and conduct made it clear to 1MDB's officers, its board and others, that Jho Low was his alter ego”.

“In truth, Jho Low was the accused's mirror image,” Sri Ram said in the opening statement.