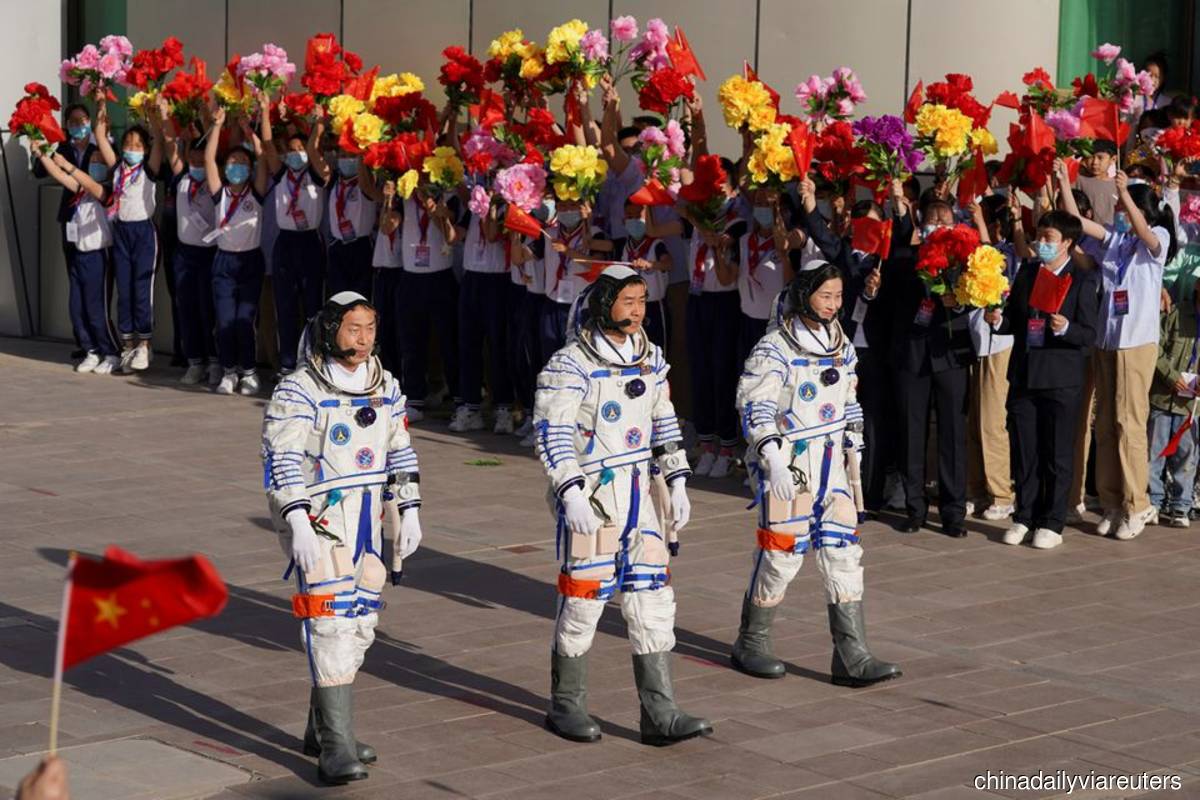 BEIJING (June 5): China launched a spacecraft on Sunday carrying three astronauts to the Chinese space station, due to be completed by the end of the year, as construction entered a pivotal stage.

A Long March-2F rocket transporting the Shenzhou-14, or "Divine Vessel" in Chinese, blasted off from Jiuquan Satellite Launch Center in northwest China at 10:44 a.m. (0244 GMT), a live broadcast by state television showed.

Construction of the space station began last year with the launch of the first and largest of its three modules — Tianhe — the living quarters of visiting astronauts. The modules Wentian and Mengtian are to be launched in July and October, respectively, docking with Tianhe to form a T-shaped structure.

Shenzhou-14 mission commander Chen Dong, 43, and team mates Liu Yang, 43, and Cai Xuzhe, 46, all from China's second cohort of astronauts, will live and work on the space station for six months before returning to Earth in December, with the arrival of the Shenzhou-15 crew.

Former air force pilot Chen with Liu, who became China's first female astronaut in space a decade ago, and space mission debutant Cai, will oversee the rendezvous, docking and integration of Wentian and Mengtian with the core module.

They will also install equipment inside and outside the space station and carry out a range of scientific research.

"The Shenzhou-14 mission is a pivotal battle in the construction stage of China's space station," Chen told a news conference in Jiuquan on Saturday. "The task will be tougher, there will be more problems and the challenges will be greater."

The space station is designed for a lifespan of at least a decade.