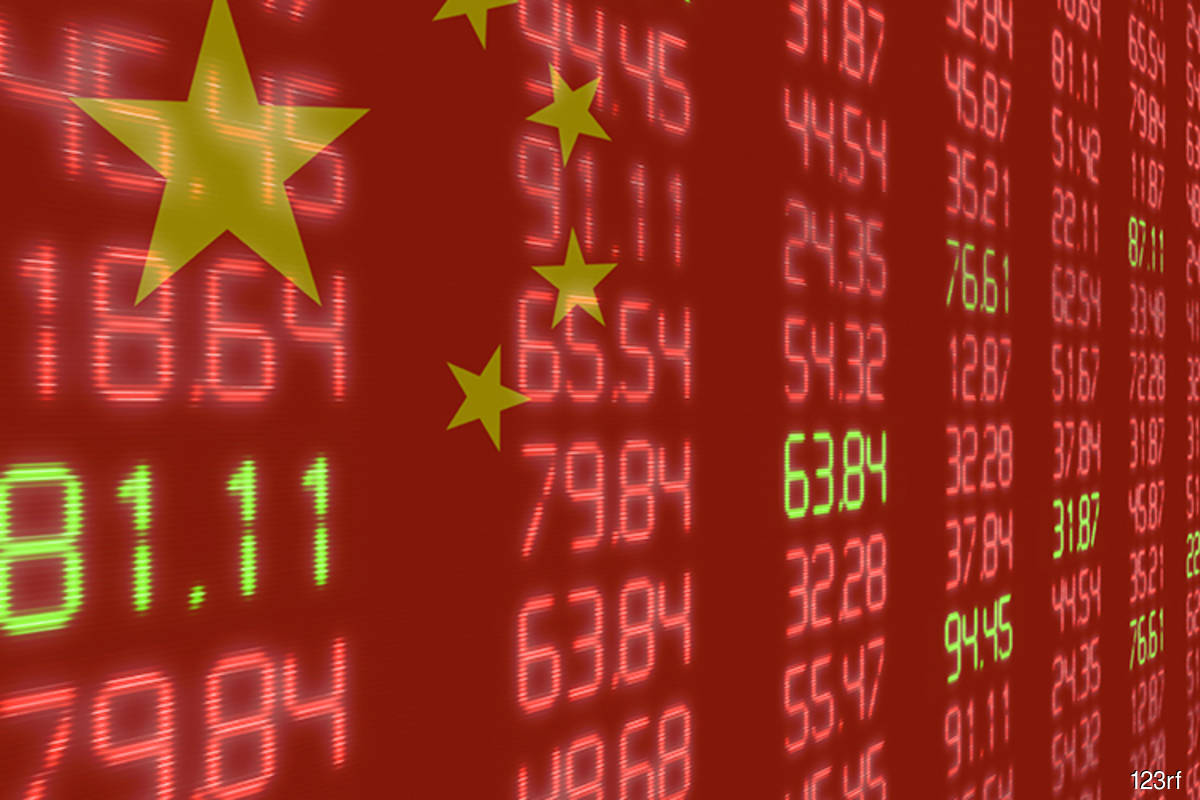 HONG KONG (Dec 6): China tech shares tumbled on Monday, with a key gauge closing at its lowest level since launch last year as concerns mount over how much more pain Beijing is willing to inflict on the sector.

The Hang Seng Tech Index closed down 3.3%, its biggest decline in nearly two months, to the lowest level since before its July 2020 inception. Alibaba Group Holding Ltd and JD.com Inc were the biggest losers, each sinking at least 4.9%. Both companies are also traded in the US.

The decline tracks Friday's 9.1% plunge in the Nasdaq Golden Dragon China Index, which was the biggest decline since 2008, on worries that Didi Global Inc's delisting would put pressure on other Chinese firms to follow suit.

"The sell-offs in the dual-listed stocks in both Hong Kong and the US will continue given the US regulation scrutiny," said Castor Pang, head of research at Core Pacific Yamaichi. "It could be troublesome for them to submit accounting records to the US government." US regulators last week deepened efforts to boot Chinese companies off American stock exchanges for not complying with Washington's disclosure requirements. A delisting from the US stock market could raise the Chinese firms' cost of capital and reduce investor pool.

China's central bank on Monday evening cut the amount of cash most lenders must hold in reserve to boost a slow economy, a move that UOB Kay Hian said will do little to lift sentiment in Hong Kong shares as investors are more concerned about regulatory risk.

Didi's decision to pull from the New York Stock Exchange just five months after its debut intensified investor angst over the listing status of mainland firms in the US as Beijing tightens its grip on the data-rich private sector. Bloomberg reported last week China planned to impose more curbs on companies going public on foreign stock markets.

Pressure from both US and Chinese regulators has worsened sentiment on tech shares after a disappointing earnings season. The Hang Seng Tech Index has plunged nearly 48% from a February peak, wiping out about US$1.5 trillion of combined market value of its members.

Alibaba is trading at 14 times its 12-month projected earnings in Hong Kong, down from a peak level of 30 times in August last year, while Trip.com has also seen its valuation halved to 24 times over the past seven months.

US institutional investors own around US$700 billion of Chinese stocks across A shares, H shares, and American Depositary Receipts. American mutual funds would take up to two months to unwind their holdings in US- or Hong Kong-listed Chinese stocks, Goldman Sachs Group Inc analysts including Kinger Lau wrote in a note on Monday.

The US market has offered higher valuation multiples than Hong Kong for Chinese companies seeking to go public, thanks to liquidity and investor composition reasons, according to the note.