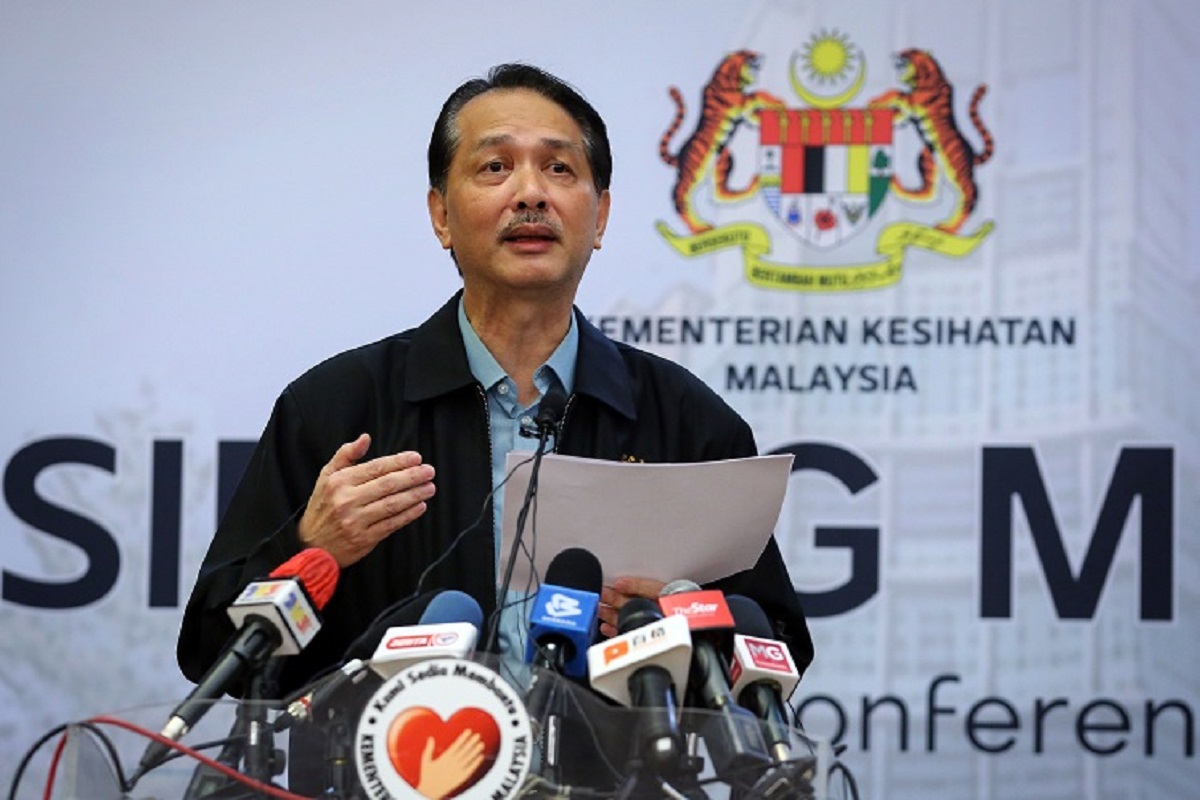 He said during the initial stages of the pandemic’s third wave, several organisations, including London’s Imperial College, projected the number of infections to rise to between 5,000 and 8,000 cases a day, adding that the Health Ministry itself had expected some 4,500 cases a day at the end of October.

“But this did not happen as we implemented the CMCO and have now seen the results. However, the [Covid-19] war is far from over,” he said in a special Covid-19 briefing today, which was also attended by senior ministry officials.

In the two-hour briefing, Dr Noor Hisham said in the early stages of the pandemic, the government implemented the Movement Control Order (MCO) which although proved to be effective in breaking the chain of infection, caused the country to suffer losses of about RM2.4 billion a day.

“So during the National Security Council meeting, we took into account life and livelihood, a balance between health and economy before deciding on the CMCO,” he said, adding that the MOH had at one point even suggested that the MCO be implemented in Selangor starting Oct 14.

However, this could not be done after considering economic factors, and as such that (MCO) proposal was replaced with the CMCO instead, Dr Noor Hisham said when commenting on calls by netizens to re-implement the MCO following the recent spike in cases.

Asked whether the MOH will conduct large-scale Covid-19 screenings, he said for now, only targeted approach mass testing would be conducted, such as for individuals returning from high-risk places and also foreign workers.

In addition, the MOH has also proposed to conduct scheduled screenings on employees from risk sectors such as construction and production in certain states, including the Klang Valley, Negeri Sembilan, Penang and Sabah, Dr Noor Hisham said.

Meanwhile, MOH Disease Control Division director Dr Norhayati Rusli, who also attended the briefing, said Malaysia had prepared early in terms of facilities and so on to address the probability of a pandemic such as Covid-19.

“In December last year, Malaysia invited foreign experts and the World Health Organisation (WHO) to assess Malaysia's preparedness for possible incidents, and the experts found that Malaysia had met all the requirements outlined," she said.

She also said that fake news spread by irresponsible parties was among the challenges faced by the ministry.

“This is one of the challenges we (MOH) face… how to convince the public and all levels (of society) that Covid-19 is real and how everyone needs to work together with the government to prevent and contain the pandemic,” she said.