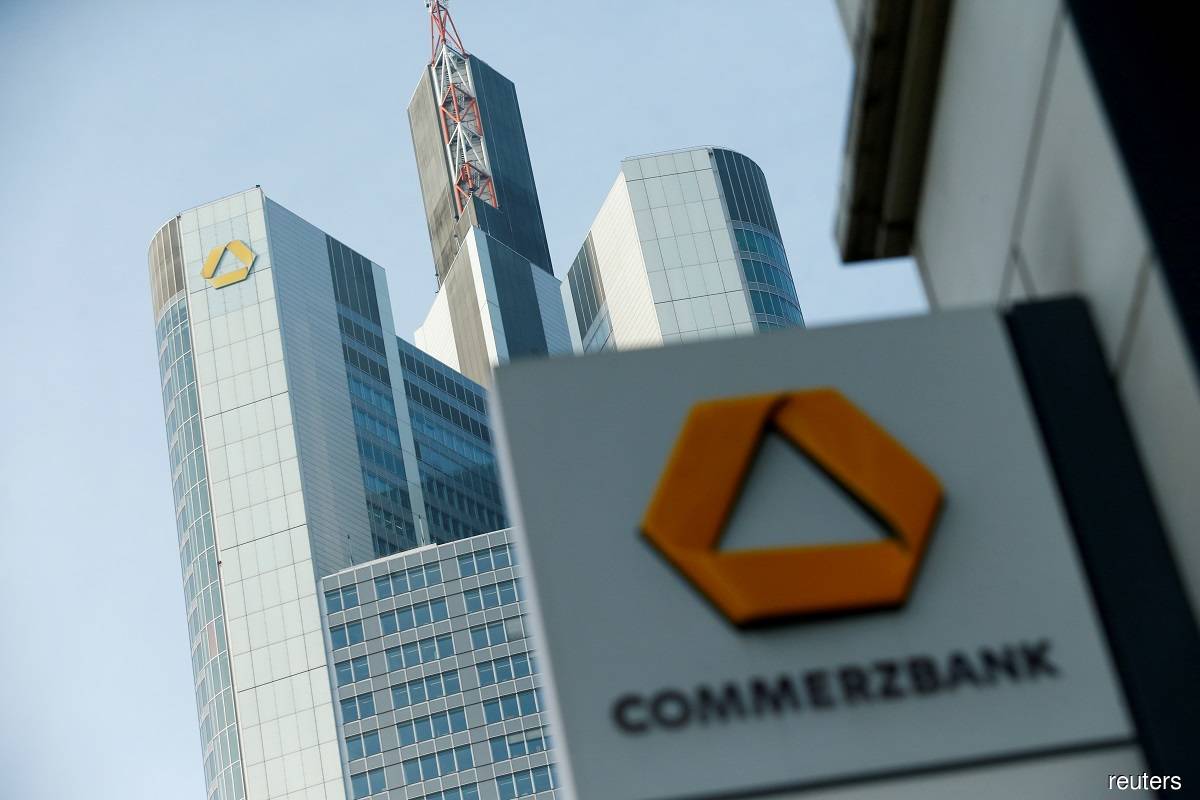 FRANKFURT (Aug 3): Germany's Commerzbank swung on Wednesday to a bigger-than-expected second-quarter (2Q) net profit, helped by higher interest rates and commission income, and confirmed it was on track to meet its profit target despite "clouds" on the horizon.

The return to profit at Germany's No 2 bank is a victory for chief executive officer (CEO) Manfred Knof, who joined the company at the start of 2021 to carry out a €2 billion restructuring programme involving hundreds of branch closures and 10,000 job cuts to get back on a sustainable path.

Net profit of €470 million (US$478.6 million) for the three months through end-June compared with a loss of €527 million a year earlier. Analysts had on average expected a profit of €370 million, according to a consensus forecast published by Commerzbank.

Investors have been watching earnings reports of major lenders in Europe for signs that a weaker economy, higher interest rates, and the war in Ukraine are weighing on their operations and outlooks.

Some of them, including rival Deutsche Bank, have reported surprisingly strong quarterly reports but voiced concerns about the economic outlook.

Germany's banks are at the centre of a geopolitical storm because the country is particularly dependent on Russian energy and its economy will be hit hard by any supply shortages.

CEO Knof spoke of "bright spots and clouds" in a call with analysts.

"The most difficult and pressing question is about natural gas supply and GDP development," he said, referring to gross domestic product.

The bank said that it took charges of €228 million in the quarter related to the war in Ukraine, and that it had on hand €564 million for any further war-related effects or impact from energy supply disruptions.

Commerzbank reiterated that it would maintain its profit target of more than €1 billion for the full year, although it slightly raised its cost target to €6.4 billion from €6.3 billion.

During the same period last year, the German lender generated a loss due to its restructuring and after a write-off to end an outsourcing project.

Niklas Kammer, an analyst with Morningstar, said ahead of the earnings that profitability "remains challenging" for Commerzbank.

"The competitive German banking market leaves little opportunity for Commerzbank to significantly out-earn its cost of equity," he said.

Analysts at Deutsche Bank said the earnings were good overall but noted the macroeconomic environment "still matters a lot".