THE list of conditions imposed by Securities Commission Malaysia on the proposed reverse takeover (RTO) of GW Plastics Holdings Bhd by MCT Consortium Bhd (MCTCB) is stringent, say market observers. This could potentially dampen applications for such back-door listings in the future.

On Dec 4, GW Plastics announced that the SC had given its approval in principle for the proposed RTO. However, the capital market regulator also imposed a string of conditions that have to be met or explained by the promoter, MCTCB.

“The conditions are quite stringent,” says a market observer. “There are some privately held property developers that are looking to undertake RTOs to get listed. However, if the regulatory environment is being tightened, they might have to look for other ways to raise funds.”

Some companies that want to get listed prefer to do it via an RTO because it is less time-consuming than a direct listing via an initial public offering (IPO). An RTO would also allow them to get listed without having to market their shares to investors, a boon in a bearish environment.

GW Plastics received final approval from the SC on Dec 18, after it had fulfilled the conditions. The company first announced the deal in January this year, but was required by the SC to resubmit its application due to certain issues it had with the first one.

Among other things, the SC requires GW Plastics and MCTCB to make half-yearly announcements to Bursa Malaysia on the status of the strata title plans for its One City and CyberVillage developments.

In an exclusive interview with The Edge, chairman and co-founder of MCTCB Tan Sri Barry Goh says the conditions were stringent because the company had not received some of the strata titles for One City in Subang Jaya and CyberVillage in Cyberjaya. 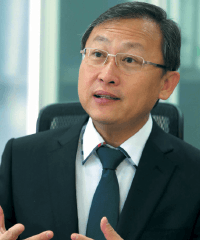 The softening property market has also taken a toll on the take-up rate at Sky Park @ One City, a mixed-use development comprising shoplots and office space. The project was launched in October last year and has only generated 70% occupancy, says Goh.

“We understand and respect the fact that the SC, as the capital market regulator, is being professional in its conduct. It is looking after the interests of the shareholders of GW Plastics and future shareholders,” says Goh.

He explains that when the proposal was first submitted in January, some parts of the One City development had not been issued with strata titles. MCTCB argued that since they were part of the master title, there should not be any problem, as they would be issued eventually.

The absence of the strata titles may have impacted the valuation of the assets. After the first proposal was submitted in January, the independent valuer revised downwards the value of the assets that were to be injected into GW Plastics.

The SC then required the parties to resubmit the application, which they did in August. Thereafter, the SC approved the RTO, with a string of conditions that included Goh undertaking  that he would not be involved in promoting, controlling or managing any material property development of an investment company outside the restructured GW Plastics group.

The purchase consideration of the assets to be injected into GW Plastics was initially RM1.2 billion. The valuation was based on MCTCB’s net asset of RM105.4 million and the market valuation of its real properties of RM1.51 billion, as appraised by independent valuers.

According to an SC spokesperson, the capital market regulator did not reject the valuations given by the parties but just “challenged the valuations”, requiring the parties to explain how the market value of the assets had been derived. “As a regulator, we hold the right to ask the right questions to ensure that investors’ and shareholders’ benefits are protected,” says the spokesperson.

After a series of internal reorganisation at MCTCB, Goh and his partner Datuk Seri Tong Seech Wi will directly hold 100% of the company. Meanwhile, GW Plastics will consolidate its share base and increase its authorised share capital to RM2.5 billion from RM300 million.

GW Plastics will then acquire MCTCB for RM1.2 billion, based on the information provided by the group in a circular to shareholders regarding its regularisation exercise.

The acquisition will be satisfied via the issuance of 1.08 billion new GW Plastics shares and RM135.16 million nominal value of 30-month zero coupon irredeemable convertible unsecured loan stocks (ICULS). Upon the completion of the RTO, Goh will own about 45.5% of GW Plastics, which will be renamed MCT Bhd.

According to GW Plastics’ circular to shareholders, MCTCB has completed residential, commercial and leisure developments with a total gross development value (GDV) of approximately RM800 million in Subang Jaya.

The group has ongoing and future mixed-use development projects with estimated GDVs of RM3 billion and RM4 billion respectively. They will keep MCT busy for the next five years, says Goh.

For example, within the 30-acre One City development, the e-City Hotel will be held by the group for recurring income. In the future, MCT will build a mall at One City with the same intent.

MCTCB is also currently developing the first phase of the LakeFront @ Cyberjaya project, a mixed-use development comprising residential, commercial and leisure parcels. Apart from that, the company also has construction contracts worth RM275 million.