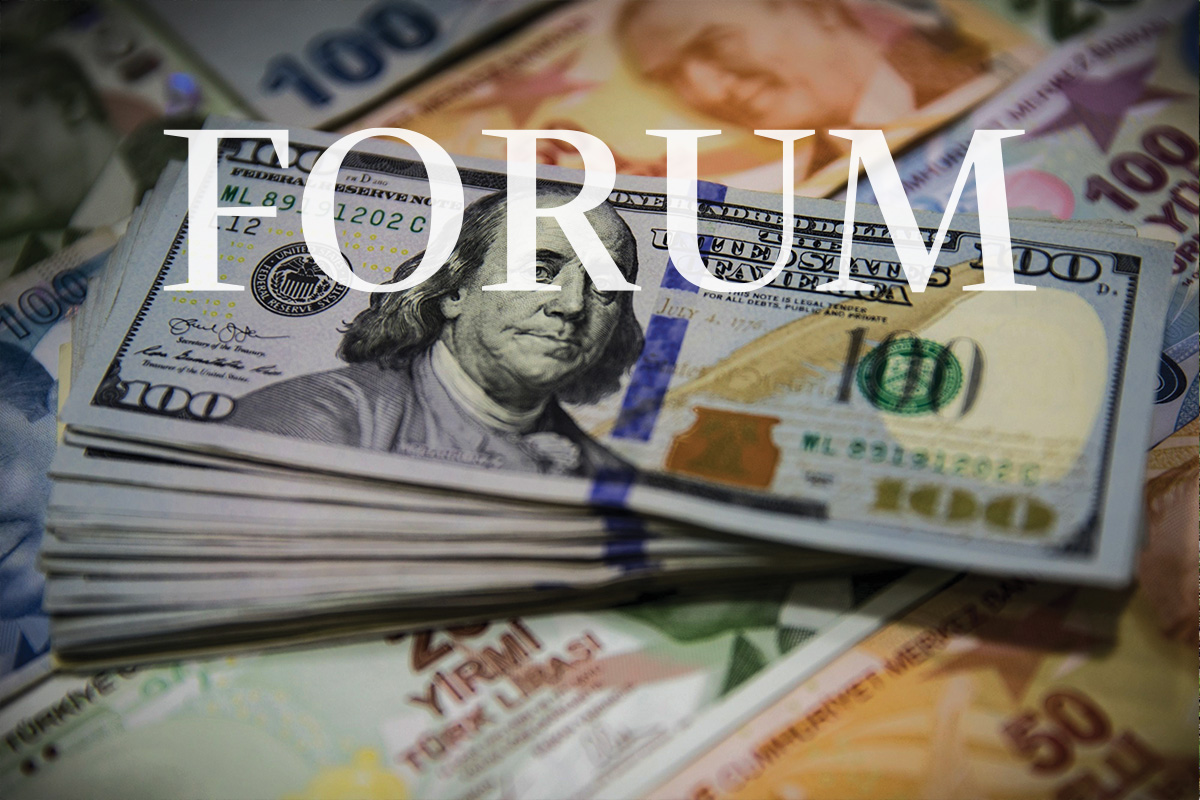 The global debt problem arose from the international monetary system’s structural design, based on the US dollar

The current pandemic has caused the biggest government splurge in living history, other than the financial spending during World War II. This month’s IMF World Economic Outlook paints a rosier picture in the short term, and even urged continued easy monetary policy, but if you read the report carefully, the growing debt numbers are truly worrying. It is the long-term structural debt problem that no one is facing up to squarely.

Debt is always incurred when someone spends more than income. The global debt problem arose from the international monetary system’s structural design, based on the US dollar. In the 1970s, Yale University professor Robert Triffin identified what became known as the Triffin dilemma, since the reserve currency issuer (namely, the US) must run a monetary policy to supply dollars to meet the rest of the world’s demand for a liquid international currency.

By definition, that allows the US to run a current account deficit, effectively spending more than income, because the rest of the world is willing to hold the US dollar as a convenient means of international payments, unit of account and store of value. The US, therefore, has an “exorbitant privilege” as the global banker by borrowing cheaply in dollars from the rest of the world. But that can be easily abused by piling on more and more debt.

In effect, the world has a banking system in which the banker has become a too-big-to-fail borrower and is increasingly consuming more and more of global resources. The banker will not fail if he maintains prudent monetary and fiscal policies that constrain his debt to sustainable levels. But democratic policies plus the self-appointed global policeman role ensured that the US spends more and more on welfare and defence expenditure, both of which keeps on growing in absolute and relative terms.

In other words, the US dollar global system almost guarantees that the US will sooner or later run into debt problems. As Triffin predicted, the US current account deficits, roughly 2% to 3% of GDP annually, has resulted in cumulative net US debt to the rest of the world rising to US$14.1 trillion or over half of US GDP, equivalent to 16% of global GDP.

No borrower can afford high interest rates, so the deficit countries have to keep on bringing interest rates down. You would have thought that surplus countries like Japan would prefer higher interest rates, but exporters like to keep the exchange rate cheap so as to maintain jobs. The result is that global interest rates are also on the downward trend, fuelling a debt binge in the emerging markets.

In short, lenders to a “too-big-to-fail borrower” + “biggest customer” face a damned-if-you-do and damned-if-you-don’t situation. Acting prudently when the banker is imprudent will cause more losses. The tragedy is when everyone acts imprudently and goes on a debt binge.

According to the Institute of International Finance, global debt increased by US$19.5 trillion in 2020, of which US debt outstanding increased by US$6.8 trillion, bringing US outstanding debt to US$61.2 trillion or 284.7% of GDP at end-2020. Federal government debt alone rose US$4.6 trillion, an increase of 21% over 2019.

In fiscal 2020, the US government’s interest cost was US$345 billion or 1.6% of GDP and 5.3% of total federal spending. The Congressional Budget Office projects that net interest outlays will rise to 8% of GDP annually by 2050. However, this month’s spike in the 10-year Treasury rate to 1.75% per annum has already sent shivers down the spines of long-term bond holders.

The historical norm shows how abnormal the current debt situation is. The 1992 European Maastricht Treaty considered that prudent fiscal and current accounts should not exceed 3% of GDP respectively and sovereign debt not more than 60% of GDP. In 2020 alone, the average fiscal deficit as a share of GDP was 13.3% for advanced countries and 10.3% for middle-income nations, nearly three to four times what is considered prudent.

How likely is a global debt crisis?

So far, central banks have been able to stave off financial and fiscal crises by expanding their balance sheets in what is called quantitative easing (QE), bringing nominal interest rates to their lowest point in living memory. Cheap liquidity enables banks and asset managers to hold more sovereign debt, so indirectly QE funds fiscal deficits.

The top four central banks (the US Federal Reserve, European Central Bank, Bank of Japan and People’s Bank of China) increased their balance sheets by US$9 trillion in 2020 alone. The invention of QE during the 2008 global financial crisis (it was actually invented by Bank of Japan earlier) created the illusion that central banks could stave off financial crises by providing unlimited liquidity. But what the central banks did was to solve a debt crisis by increasing more debt, not unlike giving drugs to a drug addict. In the short term, the economy feels revived. But in the long term, productivity and growth suffers and inequality increases everywhere.

For corporate debt, it is always possible to convert debt to equity, which means that debt risk transfer (borne by the borrower) will be risk-shared between equity holder and issuer. However, this debt/equity swap is not available to governments, unless they sell land or equity to foreign creditors.

The Bretton Woods structure recognised this, with the International Monetary Fund (IMF) giving short-term credit to deal with foreign exchange shortages, subject to loan conditionality. In effect, as the Asian financial crisis countries discovered, you cede sovereignty when you ask for IMF funding. World Bank loans are long term and carry some element of aid, but essentially the Bretton Woods structure still solves debt crises through more debt. The underlying assumption is that countries do not go bankrupt, and if the IMF medicine and reforms work, growth will recover and the country can repay its debt.

The trouble with this assumption is that unfortunately, there are serial debt defaulters, such as the resource-rich but mismanaged economy like Argentina, which enters into a debt crisis roughly every decade or two.

There are four ways to deal with excessive debt: growth, default, taxation or inflation. The first is best, but a bankrupt finds difficulty in growing out of debt. The second and third are politically unacceptable or tough, so most governments use inflation and negative real interest rates to erode the real value of debt. However, in recent experience, mismanaged countries get into foreign exchange crises faster because any economic mismanagement would result in capital flight, currency devaluation on top of bad inflation.

The Biden administration’s gambit with a US$1.9 trillion stimulus, plus US$2 trillion infrastructure and job package, is to ensure that the US grows faster and, with higher taxation, gradually brings the debt situation under control. No one wishes the world’s banker ill, as any US financial crisis will have worse effects on the rest of the world.

The Grey Rhino is therefore US-China relations, which unfortunately worsened after the Alaska meetings. If US-China decoupling worsens, global trade will suffer. And since leading US corporations earn substantial profits from China, a cut in their global earnings will cause a stock market correction, with a significant wealth effect on US households.

The US stock market capitalisation went up from 115% of GDP in 2010 to 186% at end-2020. A 30% drop in index would cause a 55% drop in GDP wealth shock. This explained why in March last year, the Fed stepped in with a massive QE of US$3 trillion for 2020 alone.The stock market is simultaneously the US boon and Achilles heel. In 2020, the latest Fed data showed that US net wealth rose by US$9.3 trillion, but most of this was due to growth in stock market capitalisation of US$13.1 trillion. QE is the only reason why the US stock market has risen in a pandemic when GDP declines. One analyst who discounted QE from the S&P 500 showed that it would have been roughly flat since 2008.

What would happen if the rest of the world decides that central bank digital currencies (CBDC) can replace the US dollar, not fully, but at the margin? A reduction in demand for US dollars would reduce the Triffin exorbitant privilege and force fiscal discipline on the US.

The brutal conclusion is that if the stock market tanks amid the lowest bond yields, the US could face capital outflows, depreciation in the US dollar exchange rate and also higher inflation.

Thus, unless the Biden administration brings the US macroeconomic conditions back to sustainable levels, the world may not be able to avoid higher risks of a financial crash or slower growth. Indeed, the latest IMF World Economic Outlook already estimates 2024 growth levels at 3% lower than pre-pandemic levels.

So, we are headed for either stagflation or recession risks if there is no global cooperation to reflate growth. But the two largest economies in the world are not cooperating and may even go into frictions, if not outright conflicts. Thus, the trigger for the next financial crisis may be accidents, rather than from strategic intentions.

Who would have confidence in the future if the world’s banker, leading consumer and self-appointed policeman is having a fight with the world’s factory? Everyone would be the loser.

What are the solutions for averting the global financial crisis? Janet Yellen recognised the dilemma when she asked that the world should agree to have a minimum national tax rate to avoid offshoring profits to escape taxation. Improving tax collection would help, but raising taxes is much tougher democratically, whereas defence and welfare expenditures can easily run out of control. Structural reforms at both the domestic and global levels are necessary, but neither can happen without global cooperation.

The reality before the US is that the unipolar state no longer has the power to force others to do its will. Globalisation means that money can flow in and out easily, so no privilege is forever.

In 2009, the world created the G20 as a more representative global governance structure. The G20 accounted for roughly 90% of world GDP, 80% of world trade and two-thirds of the world population. But by 2020, 11 members out of the G20 already had debt-to-GDP ratios of more than 75%, and five of the remaining nine are vulnerable to exchange rate volatility.

The current Bretton Woods international monetary system cannot be reformed because the dominant shareholders are unwilling to concede their voting rights to make the reform possible. The real question is how to persuade the captain and engineer from fighting on the Titanic and avoid an impending crash?

In case you think I am a pessimist, I am actually quite optimistic that East Asia can avoid a debt crisis. But that is another tale for another day.

Andrew Sheng is a former central banker, whose views are personal to himself