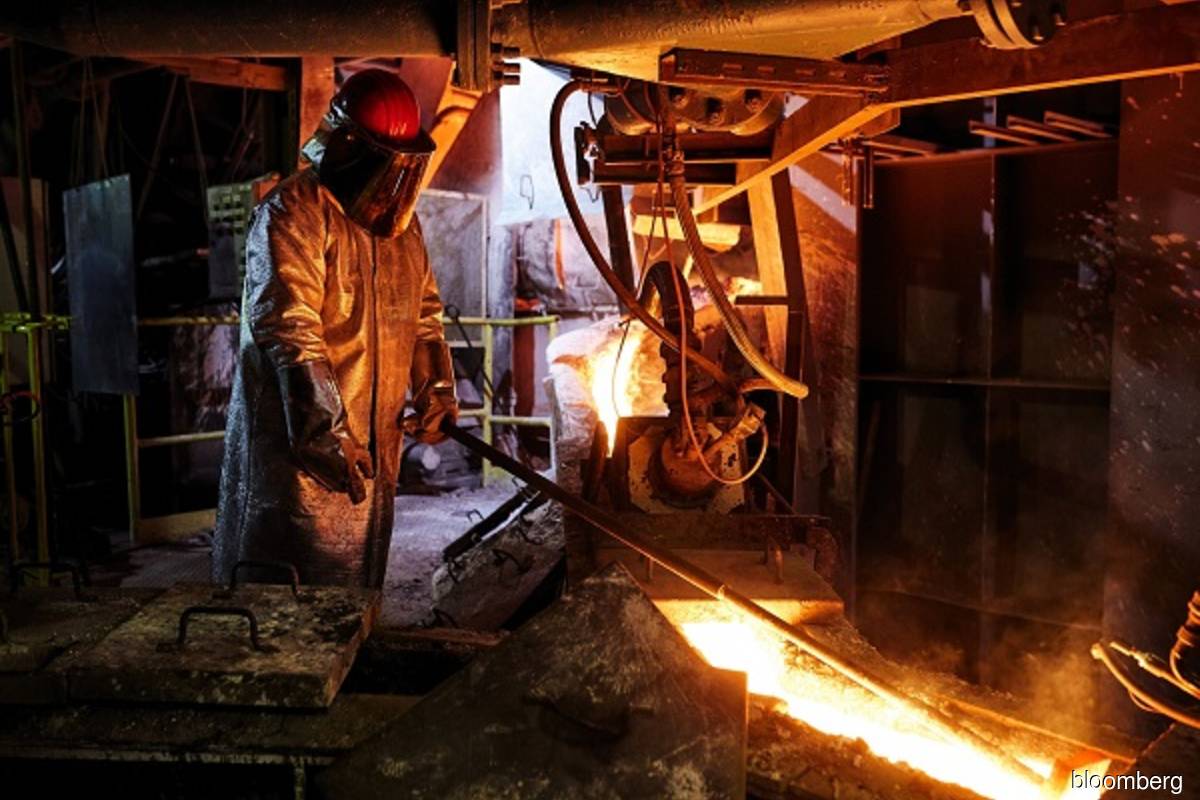 LONDON/HANOI (Oct 15): Copper on Friday was heading for its biggest weekly gain since 2016, as surging power prices threaten to curb supply at a time when exchange stockpiles are at rock bottom.

A rapid rise in the cost of energy and shortages of power in China have already forced zinc and aluminium smelters to cut output, pushing prices of both metals to their highest in more than a decade.

High power costs are also inflationary and this is boosting demand from investors for copper and other physical commodities as a hedge, said Saxo Bank analyst Ole Hansen.

"It looks like we've got clear air ahead of us to that May peak," he said.

ZINC: LME zinc was up 7.8% at US$3,802.50 a tonne having reached US$3,944, it's highest since 2007. It was up a whopping 20% this week, after Belgium-based Nyrstar said it would cut production by up to 50% at its three European zinc smelters and Glencore, which also has three zinc smelters in Europe, said it was "adjusting production" to save energy costs.

ENERGY: The energy crisis in China, the biggest metals producer and consumer, deepened as cold weather swept into much of the country.

IMPACT: High power prices and potential shortages will impact supply more than demand for metals in the coming months, analysts at ANZ said.

COPPER STOCKS: On-warrant copper inventories in LME-registered warehouses have tumbled to 14,150 tonnes, the lowest in decades, and stocks in the Shanghai Futures Exchange (ShFE) at 41,668 tonnes are the lowest since 2009.

COPPER SPREAD: Low stockpiles have pushed the premium for cash copper over the three-month contract to US$254 a tonne, the highest since 2005.

SURPLUS: The international zinc and copper study groups said this month they expected both metals to be oversupplied next year, but analysts say the power crisis could change that.