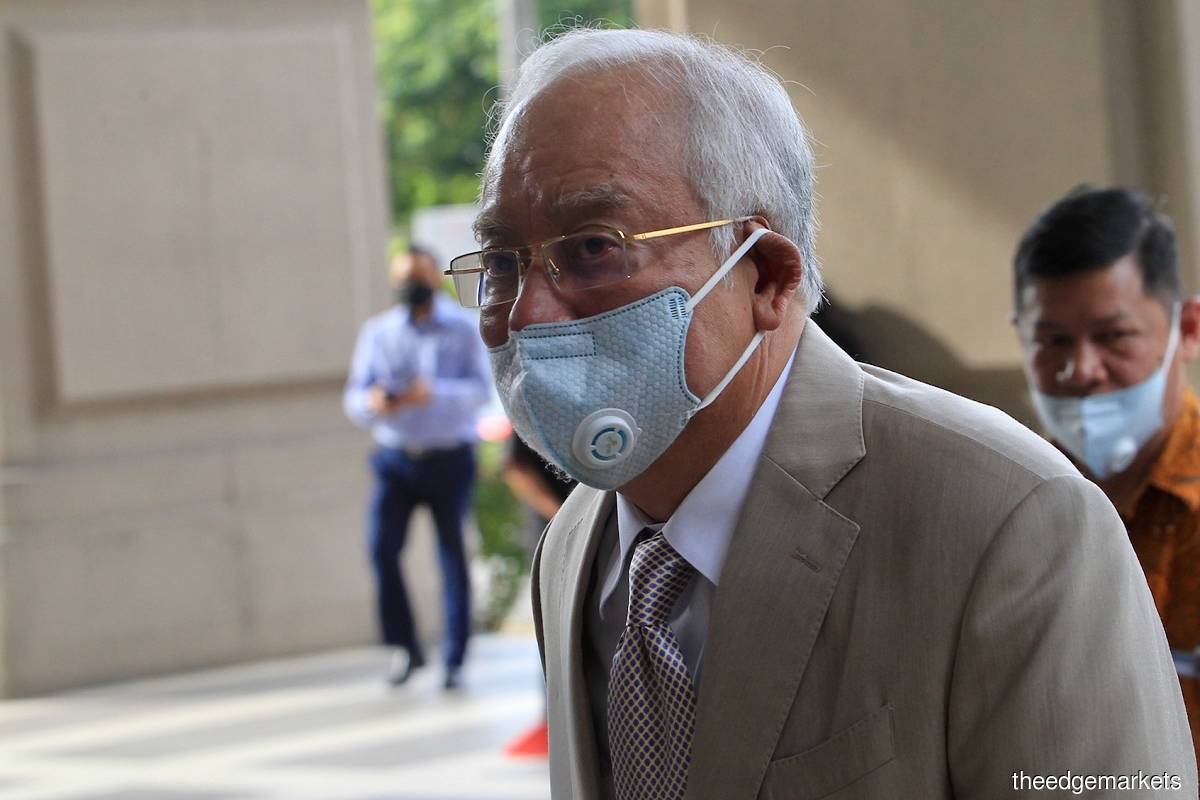 KUALA LUMPUR (Aug 7): The High Court here postponed to next week to deliver its decision on Datuk Seri Najib Tun Razak's application to strike out the charge of tampering with the 1Malaysia Development Bhd (1MDB) final audit report.

The trial has been fixed to resume on Monday (Aug 10) until Thursday (Aug 13).

Najib, 67, applied to be acquitted and discharged from the charge of tampering with the 1MDB Audit Report charge as he claimed the charge was groundless and oppressive.

The Pekan MP is on trial with using his position to order amendments to the 1MDB final audit report  that had already been “finalised” by Auditor-General, before it was “finalised again” and presented before the Public Accounts Committee (PAC) to avoid any action being taken against him.

Najib allegedly committed the offence at the Prime Minister's Department Complex, Federal Government's Administrative Centre, the Federal Territory of Putrajaya, between Feb 22 and 26, 2016.

He was charged under Section 23(1) of the Malaysian Anti-Corruption Commission (MACC) Act 2009, which provides a jail term for up to 20 years and a fine of no less than five times the amount of gratification or RM10,000, whichever is higher, upon conviction.

Meanwhile, Arul Kanda, 44, was charged with abetting Najib in making amendments to the report to protect the Pekan MP from being subjected to disciplinary, civil or criminal action in connection with 1MDB, at the same place and time and in accordance with Section 28(1)(c) of the MACC Act 2009 read with Section 23(1) and 24(1) of the same Act which provides for similar punishment, if found guilty.