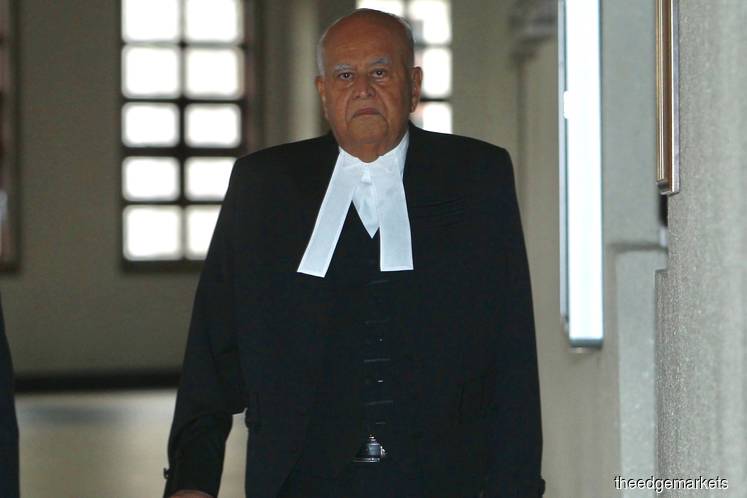 The Court of Appeal yesterday granted leave to Najib and his lead counsel Tan Sri Muhammad Shafee Abdullah, who is facing separate charges over alleged non-declaration of tax and money laundering, to recuse Sri Ram, the former Federal Court judge who has been appointed as a senior deputy public prosecutor.

Despite the court fixing the judge for the recuse application, the 1MDB trial before Justice Collin Lawrence Sequerah is set to start tomorrow with Sri Ram leading the prosecution.

According to Shafee, Sri Ram has written in to the Federal Court to postpone his cases there to enable him to lead the prosecution in the 1MDB trial.

Deputy Public Prosecutor Ahmad Akram Gharib also told theedgemarkets.com that Sri Ram would also be leading the prosecution and the case would proceed tomorrow and on Thursday.

The appointment of Justice Mariana to hear the recuse application was confirmed by the lawyer for Najib and Shafee, Farhan Shafee, and senior federal counsel Shamsul Bolhassan, who appeared for the Attorney-General's Chambers, Sri Ram and the government.

Both sides said the court has fixed Oct 3 for case management of this matter after the filing of affidavits.

Yesterday, a three-member bench led by Justice Datuk Hasnah Mohammed Hashim ruled that there are merits in Najib and Shafee's appeal and granted leave for the case to be heard on its full merits before another judge.

Najib is facing four charges of abuse of power and 21 charges of money laundering involving RM2.28 billion of 1MDB funds.

The case is also referred to as the Tanore case as the transfer to the former premier's account was allegedly carried out by Low Taek Jho in Tanore Finance, a company controlled by the fugitive businessman.