Cover Story: 54-storey tower to be the tallest in the area 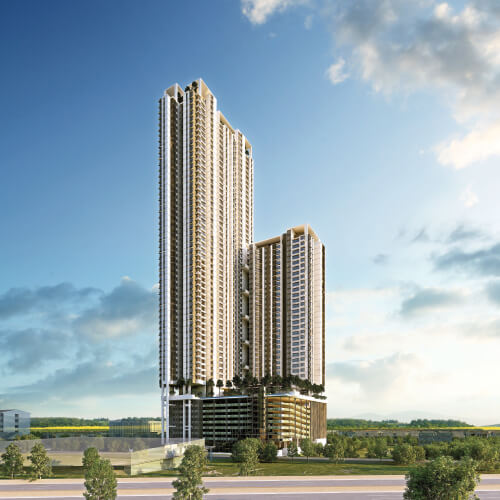 An artist’s impression of the residential towers in Phase 1 of UNIO KL South. Photos by Aikbee Group 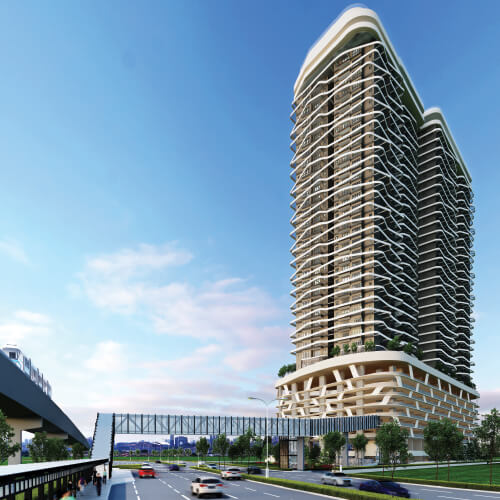 An artist’s impression of UNIO KL North in Kepong. 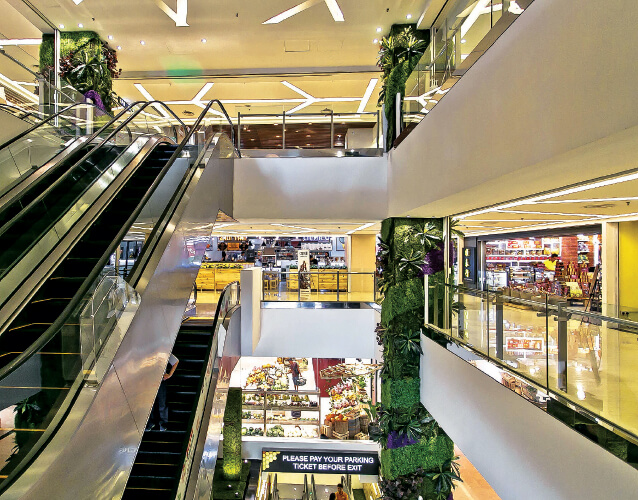 Pearl Shopping Gallery is owned by Aikbee Group and is fully occupied. 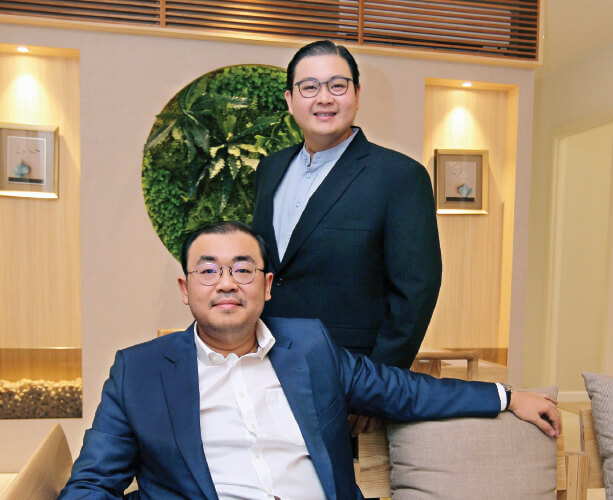 Aik Kiong (left) and Aik Chong both believe in respect and trust for each other when it comes to working together.

It is never easy to follow in the footsteps of a successful individual, especially when he is your father. However, brothers Datuk Seri Tan Aik Chong and Datuk Seri Tan Aik Kiong have taken it upon themselves to build on the legacy of their late father Tan Sit Seng.

“Aikbee Group was started in 1960 by our father, who was in the logging industry doing saw milling before he expanded into palm oil,” says Aik Chong “During the 1990s, he ventured into property development, building Pearl Kuala Lumpur Hotel, Pearl Point Condominium and Pearl Point Shopping Mall in Jalan Kelang Lama.”

Over the years, Aikbee Group diversified into property development, property investment, asset management and hospitality and leisure. One of its subsidiaries — Aikbee Resources Bhd, which was involved in timber operations — was even listed on Bursa Malaysia but it was delisted in 2012 because of accumulated losses.

However, this did not affect the other businesses, which continued to grow, says Aik Chong.

Before the brothers went into the family business, they had their own careers. Group executive chairman Aik Chong practised as an accountant from 2006 to 2010 and came on board as an internal auditor in 2010. Group managing director Aik Kiong ran his own legal firm for about 10 years before joining his brother in 2013.

“Our father passed away [in 2013], and from 2014, we were both fully in charge of the operation and management of the company,” says Aik Kiong.

Since then, they have been busy planning the growth of the group, including the property development division, which currently contributes about 50% to total profit. They hope to grow that figure to 75% in about 10 years, says Aik Chong.

To achieve that, the brothers came up with a new brand, UNIO, which means pearl in Latin.

The first development under the brand —the 38-storey UNIO KL North — was launched in Kepong last December. It has an estimated gross development value of RM350 million and offers 520 units priced from RM650 to RM800 psf. To date, 70% of the units have been sold.

The second in the series — UNIO KL South in Jalan Kelang Lama — is located close to the group’s Pearl developments. The first phase of the project is slated to be launched early next year.

Asked why the group is launching the project in a soft market, Aik Chong says he believes there is still demand for property.

“To me, this is an opportunity for every entrepreneur. There are still buyers, but it all depends on the product price and location. Most important is the end financing. So, we need to tie up with different banks and get them to support us.”

The RM1.4 billion UNIO KL South will be developed in three phases on a 6.5-acre parcel.

“We acquired the land from the Tan Sri Lee Yan Lian Foundation in 2012 for RM340 psf. At that time, it was more expensive than the market value by 30%. My late father saw huge potential in the land as it is hard to get a large piece of freehold land near the main road,” says Aik Chong.

Aik Chong reveals that the buildings will be earthquake-resistant — a safety feature the brothers feel is important.

“In view of the recent tremors felt in Peninsular Malaysia, plus our understanding that homes are built and expected to be passed on to future generations, we thought we should be proactive in tackling this issue by adding this feature to protect our purchasers,” he says.

The indicative prices for the units are between RM700 and RM900 psf, and the maintenance fee with sinking fund is estimated to be 30 to 40 sen psf.

Aik Chong explains that the small size of the units is to ensure their affordability. The target market is young professionals between the ages of 25 and 45.

One element to achieve this goal is landscaping.“We want to plant a lot of trees so we hired Seksan Design to do the landscaping. We want to bring the Sekeping Serendah concept to this product to evoke a sense of serenity,” says Aik Chong, adding that 20% of the land in the first phase will be set aside for greenery.

Sekeping Serendah is a forest retreat — located less than an hour’s drive from the Kuala Lumpur city centre — designed by Ng Sek San, the principal of Seksan Design, a landscape architecture and planning practice.

The housing market in Jalan Kelang Lama in general is stable and still good, according to property experts.

There is transaction activity for new high-rise projects in the area, but “overall, the performance has been stable with no major spike”, according to James Tan, associate director of Raine & Horne International Zaki + Partners Sdn Bhd.

“The older units are going for RM400 to RM500 psf compared with RM600 psf for the newer ones, depending on the size, location, facilities and amenities,” he says. “There is room for growth but the concern is the lack of financing and looming oversupply, as evidenced by the number of projects in the area. However, there are still some pockets of undeveloped land.”

“Housing demand in Old Klang Road is always there, especially in the last few years ,” he says. “It is not a stagnant market but rather, it is growing at a slower pace now because for the last seven to eight years, there have been many projects completed or still under construction.”

The housing outlook for the area is slightly clouded by properties that have yet to be absorbed by the market, particularly those purchased between 2000 and 2014 under developers’ interest-bearing schemes or other easy financing plans, he adds. Once these properties are sold or rented out, the situation will improve.

The Tan brothers are aiming for Aikbee Group’s property division to hit RM5 billion in sales by 2023.

After the launch of UNIO KL South, they will shift their focus to the third UNIO-branded project in Bangsar, Kuala Lumpur. It will have an estimated GDV of RM200 million and offer just 18 units across 23 levels. The units will have a minimum built-up of 8,000 sq ft, with indicative selling prices starting at RM1,500 psf.

The brothers are also looking at expanding the hospitality business by developing boutique hotels in London and Melbourne.

Aik Kiong reveals that £20 million to £30 million has been set aside for the purchase of a suitable building that can accommodate 80 rooms in London. In Melbourne, the group is looking for a hotel with less than 70 rooms. The management of the hotels will be contracted to a reputable operator.

Will the group be building more hotels in Malaysia?

“We are always keen to expand the business if the pricing and timing are right. We are looking at investment opportunities in Malaysia, London and Melbourne,” says Aik Chong.

The brothers hold strongly to family ties and working together with respect and trust as they lead Aikbee Group into its next phase of growth — something their father will most certainly be proud of.