Cover Story: Exsim to launch RM4bil worth of projects this year 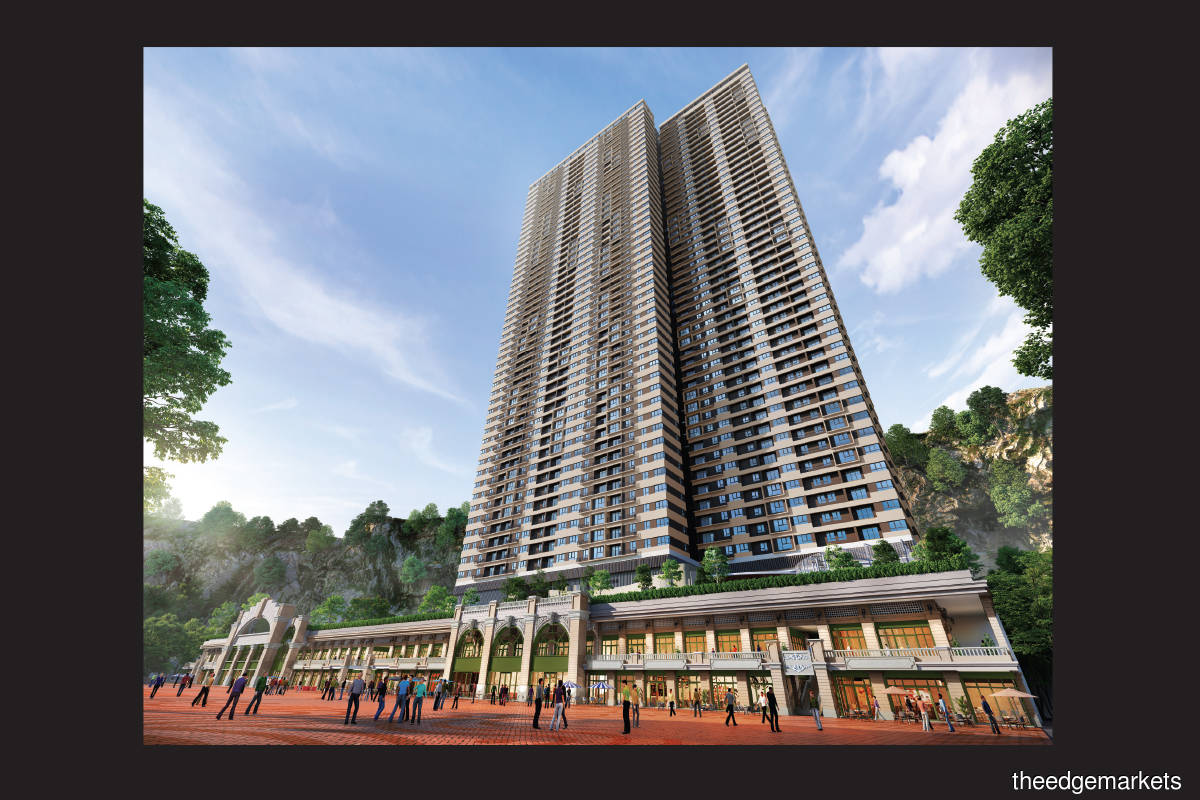 Exsim Group is planning to launch projects worth RM4 billion this year, of which about half, or RM2.05 billion, will come from its crown jewel development, Central Park Damansara in Damansara Perdana, Selangor.

Exsim head of corporate communications Michelle Siew says other launches include projects in Old Klang Road, Bukit Jalil and Puncak Jalil. The developer also plans to venture into Perak and Kelantan this year with the development of hospitality buildings, which will offer small units that can be used for short-term stays such as Airbnb.

“We foresee that the market will be back on track and we want to capture this opportunity. The projects in Old Klang Road, Bukit Jalil and Puncak Jalil are still at the planning stage. We do our projects concurrently and, often, we can do each within a year from planning to selling,” Siew tells City & Country.

Spread across 2.625 acres, the serviced apartment development in Old Klang Road is called D’Ivo Residences. There will be 608 units of 892, 1,081 and 1,083 sq ft in two towers. The project has a gross development value (GDV) of RM444 million. The developer is unable to share details on the Bukit Jalil and Puncak Jalil projects.

“We ventured into Penang with 22 Macalisterz @ George Town last year. It is our first development outside KL and Selangor. It is now 75% sold and we are looking for more projects there. Penang has given us an opportunity to explore different products, preferences and demand because while it is [an owner-occupier] residential market, there is also a huge demand for property investment, such as ­Airbnb units, because it is a tourism state,” says Siew.

She adds that developing the project is not as simple as in KL due to requirements from Motac (Ministry of Tourism, Arts and Culture). Siew says Exsim plans to expand into this segment owing to the increasing demand, as people are always on the lookout for investment opportunities. As the hospitality building units are small, prices and maintenance fees are also lower and thus appeal to investors.

Exsim is making its foray — with similar developments this year — into Ipoh, Perak (424 units; built-up: 650 sq ft) and Kubang Kerian, Kelantan (1,442 units; built-ups: 350 and 550 sq ft). These two projects, which have a combined GDV of RM290 million, are yet to be named. Next year, it is looking to expand into Sabah, Terengganu and Johor with its hospitality buildings.

“[After the sale of the units], we can always recommend an operator for the buyers. We can also manage the units for the buyers as we have an in-house hospitality team,” Siew says. Exsim established its hospitality arm at its Ceylonz Suites @ Bukit Ceylon development in Kuala Lumpur.

In 2019, Mammoth Empire Holding Sdn Bhd sold a 61-acre tract in Damansara Perdana to Exsim. The land had earlier been set aside for the Empire City Damansara 2 project. Exsim has since renamed the development Central Park Damansara. So far, Exsim has launched four phases there — D’Quince Residences, D’Vervain Residences, D’Cosmos Residences and D’Erica Residences — with a total GDV of more than RM2 billion and targeting families, young entrepreneurs, investors and upgraders. The projects are 99% sold.

Central Park Damansara is a RM9 billion project and is by far the biggest development the group has undertaken since its inception in 2008. “As this is our largest development so far, we did encounter cash flow and construction challenges, but we were fortunate enough to have full support from our partners — from construction firms to banks. Despite the challenging times, we were able to achieve almost 100% take-up rates within a short period of time, and this is the motivation for us to go further,” Siew says.

The mixed-use development, which is scheduled for completion in eight years, will offer serviced apartments, retail units, a Hill Park, an al fresco retail park and a Sanctuary Park.

The 10-acre Hill Park will feature a Lookout Pavilion, Bamboo Trail, Lake Pavilion, Lake Garden, an Adventure Park, a Lookout Deck and Piazza Pavilion, while the Sanctuary Park will have a Sanctuary Boardwalk and Sanctuary Pond. These parks will be handed over to the relevant authorities and made available to the public.

The al fresco retail park, meanwhile, will have retail units, a waterfall and a linear wetland. “The per sq ft (psf) price now is 25% higher than the first phase [D’Quince Residences] launched two years ago. Our confidence level is there because of the track record of our previous phases, where we were able to sell out the projects in a couple of months. The buyers were mostly owner-occupiers who wanted to upgrade from the surrounding areas. Our psf price was an average of RM150 cheaper than that of the surrounding launches. The serviced apartments there will be completed in stages, beginning 3Q2024.”

Meanwhile, D’Vine Residences will have 1,450 units of affordable serviced apartments (built-up: 550 sq ft) under the Lembaga Perumahan dan Hartanah Selangor programme. Priced at RM270,000 each, the units are only available for eligible homebuyers under the programme.

After these four launches, Exsim will be left with a serviced apartment plot next to D’Tessera Residences and a mixed-use commercial plot in the centre of the development. Siew notes that the RM9 billion GDV will change after the plan for the commercial plot has been firmed up. “The commercial plot will be a mixed-use development with retail and serviced apartments and is still at the planning stage. It is about 18.5 acres and we have yet to finalise the actual components because we want to see how the whole area will turn out after Empire City Mall is opened in 1½ years. Definitely, there will be serviced apartments owing to the demand for residential units there. Empire City Mall is huge, with an NLA [net lettable area] of two million sq ft,” she explains.

“The retail component at the commercial plot will also be a different one. It could be something like an open-concept street mall. The challenge is in ensuring that we have the right products. There is a hill next to our development, and part of the hill is ours. We plan to design our project in such a way that the public can access the jungle trail there. We want to make it a liveable place.”

According to Siew, there will also be new access roads into the development via the Damansara-Shah Alam Highway and Penchala Link. The network of roads in Central Park Damansara will be similar to that at the Mid Valley Ring Road, which is a one-way loop. Infrastructure works will be completed in 1½ years.

“The infrastructure works make Central Park Damansara accessible and enable pedestrians to get to Empire City Mall. Activities will also be held at the sky garden. We also have two projects next to Empire City Mall — Mossaz and Paxtonz — but they are not part of Central Park Damansara. People at the two projects will be able to walk to the mall. Mossaz is 80% sold and we plan to launch Paxtonz only when the mall is ready because we are sure that residential prices will go up once the mall is ready,” Siew says.

“We see the potential for Central Park Damansara to become the next big city with Empire City Mall set to become a one-of-its-kind retail and shopping haven. The infrastructure in this area has been well designed.”