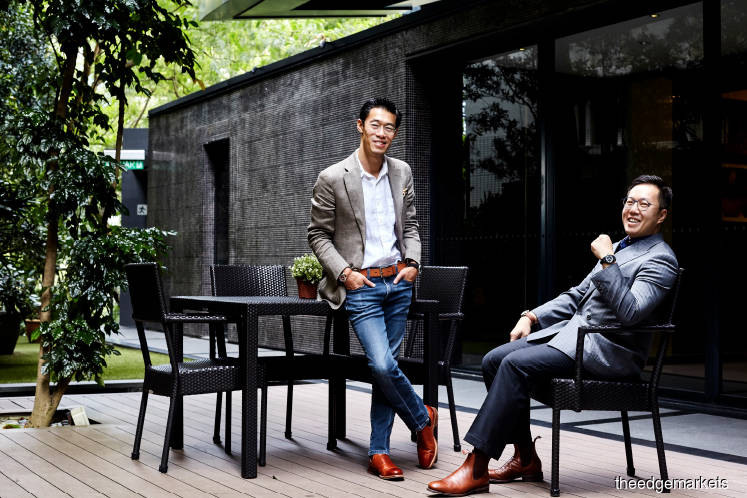 For a country with no watchmaking history to speak of, it is a matter of great pride that homegrown watch company Ming’s 17.06 won the Horological Revelation prize at the Grand Prix D’Horlogerie de Geneve, the industry’s most prestigious awards ceremony. Two of Ming’s six co-founders, Ming Thein and Chan Kin-Meng, talk to Anandhi Gopinath about what inspired this profitable passion project and their road map for the future.

In a way, it is all A. Lange & Söhne’s fault. A theoretical physicist by academic training, Ming Thein was all set for a career in consulting, with a bit of photography on the side to satiate his creative spirit, but the German watchmaker’s utterly timeless and impeccably crafted 1815 timepiece — a graduation present from his parents — inadvertently set the course for his future. It would be about watches.

Ming Thein is the creative force behind Ming, a Malaysian watch company set up by six enthusiasts with a very specific goal in mind — filling the gap between entry-level timepieces and haute horlogerie, targeting connoisseurs who have high watchmaking inclinations but do not have the resources to spend on it. All 300 pieces of Ming’s first release, the 17.01, sold out within hours — the watchmaking world had no choice but to sit up and take notice of this new kid on the block that really seemed to know what it was doing.

And, truly, it did. Ming Thein’s love for mechanical timepieces saw him through his early career at KPMG and The Boston Consulting Group, during which time the generosity of online collector communities allowed him access to their events and watches. In 2012, Ming permanently traded corporate life for photography, by which point he had been appointed a brand ambassador for Leica and was regularly photographing for some of the biggest names in watchmaking, including Jaeger-LeCoultre. In 2016, he was appointed a global brand ambassador for Hasselblad and, in 2017, was promoted to chief of strategy for the Swedish camera company.

For the full story, pick up a copy of The Edge Malaysia (February 24, 2020) at your nearest news stands or visit optionstheedge.com.