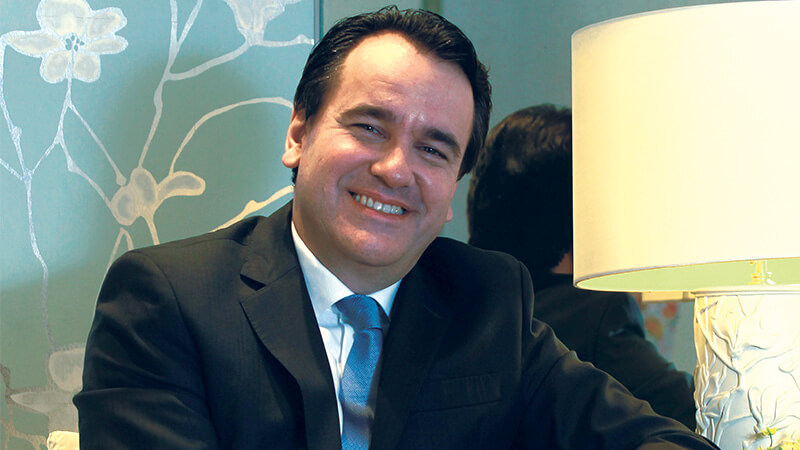 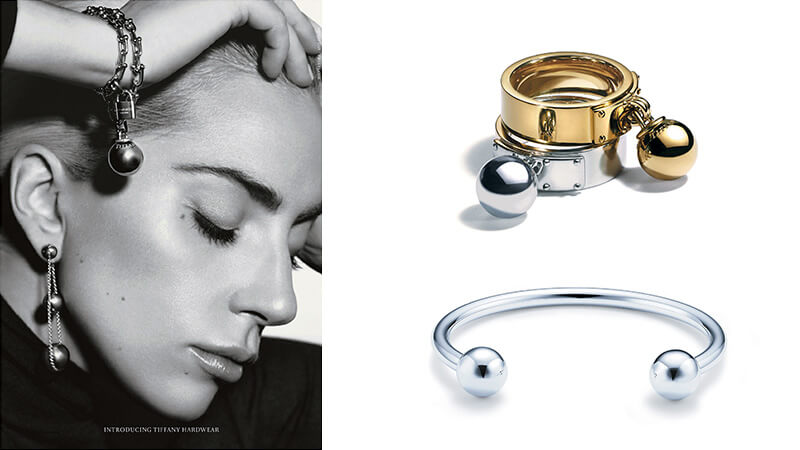 With its distinctly modern yet voluptuous aesthetic, and unusual choice of pop icon Lady Gaga as its face, Tiffany & Co is making a statement with its new HardWear jewellery collection. Elegantly subversive, the new range embodies the power and energy of the brand’s home of New York City, where Lady Gaga was born as Stefani Joanne Angelina Germanotta 31 years ago. She was an unusual choice for a company that generally eschews celebrity endorsements. Its most iconic, if unofficial, poster girl was a doe-eyed Audrey Hepburn after her role as Holly Golightly in the movie based on Truman Capote’s classic novella, Breakfast at Tiffany’s.

But the times they are a-changin’, and a breath of fresh air has blown through the company famous for its robin’s-egg blue boxes and the Return to Tiffany heart-shaped locket so adored by teenagers across the world. Mirroring the movements in the upper management at Tiffany’s headquarters in recent times, a new vice-president for Asia-Pacific has been appointed and agrees to meet with me on the occasion of the HardWear launch at the brand’s sumptuous Suria KLCC boutique.

Previously based in Miami to manage Tiffany’s business in Latin America, the Brazilian-born Luciano Rodembusch has relocated to Singapore and has already adjusted to the vibrancy and excitement of living in this part of the world. His wife and daughter — who he says know Tiffany’s collections better than he does — have settled in comfortably, but Rodembusch is well aware of the challenges ahead as he seeks to grow the business across the region.

“We came too late,” he begins. “In Asia, we have really only presented the brand in the right way in the last 10 or 12 years. In the US, you have stories of three generations shopping with us, here, you only have one. Also, people know about Breakfast at Tiffany’s and that we are famous for engagement rings, but we are so much more than that, and we have to continue telling that story.”

And the only way to do this, he says, is to ensure a flawless in-store experience. “The key thing that is happening in the region is an increased appreciation of great customer service, and we are who we are because we have been doing this for so long. We cannot dial back on this — wherever we are, we need to connect better with our clients. They come again and again not just because we have amazing jewellery, but because we have amazing service as well. The experience should be the same, whether you buy a small silver ring or a big diamond — this is the belief of the founder, who always said that whoever buys something small today could quite well buy something bigger tomorrow.”

Despite its enduring popularity, Tiffany can no longer rely on its age-old reputation in order to successfully navigate the ever-changing business world. It must look to new opportunities and the daunting prospect of

reinvention. HardWear signals this new direction for the brand as it attempts to woo younger consumers; but, thanks to Gaga’s pared-back, grown-up styling, it manages to do so without alienating its core clientele.

The collection is the swansong of previous design director Francesca Amfitheatrof — designed under her leadership before she exited Tiffany & Co earlier this year. In her role now is Reed Krakoff, who brings to the table his revolutionary design direction once applied to fellow American brand Coach. Amfitheatrof was also behind Tiffany T, which was launched in 2014, and the force behind the brand’s collaborations with fashion retailers Dover Street Market and Net-a-Porter; all part of an effort to inject Tiffany with some much-needed cool.

“Tiffany is so traditional, so timeless, that a design that is older than me can be relevant even today. But doing this repeatedly has made us a little boring for the newer generations. With the launch of the Tiffany T collection two years ago, we got to prove that we can be edgy and youthful and sharp,” Rodembusch says. “Having Lady Gaga as the image of the new collection says a lot — someone who is so modern, so edgy, and yet so deep and thoughtful.”

Indeed, this collection has a quiet power and subtle elegance that is not common in Tiffany’s oeuvre of designs. Inspired by a unisex bracelet from 1971, the collection channels the tough, chic and grungy side of New York City. Its name and designs draw inspiration from the urban soul of the city, where the modern rebel mixes high fashion with street style. In sterling silver and 18-carat yellow and rose gold, a glossy finish and soft edges imbue its industrial and utilitarian connotations with a subtle sophistication.

Necklaces and bracelets feature chunky, rounded links that graduate in size, each one finished with two solid metal spheres. Some are hung with a detachable Tiffany & Co padlock and an oversized metal sphere and can be worn as a sautoir or wrapped several times around the neck or wrist. The links also appear as earrings — it’s quite easy to imagine trying out the mismatched earring trend with a single link in one ear and a chain of three in the other.

Another part of the collection takes the simple metal orb and bolts it to the ends of open cuff bracelets, suspends it between two chains for a clever spin on trapeze earrings and, most emblematically, attaches it to rings where it moves as your fingers do.

You are encouraged to mix and stack your HardWear pieces how ever your sense of style sees fit — wear them with other pieces of jewellery or on their own, pair them with your jeans-and-jacket ensemble or make them a statement accessory for a formal dress. This is unusual, I point out, as I get to try on some of the new jewellery. Rodembusch agrees, picking out a rose-gold cuff for me to try that is a perfect fit and complements my dark skin nicely. Could this good eye be his wife’s influence?

“When I first joined the company, we were very protective of our collections and very specific about what could be worn with what,” he admits. “That won’t work with the younger set today, no one wants to be told how to wear their jewellery anymore. A lot of the norms don’t exist anymore and although internally those rules have been abolished, we need to communicate it more.”

In another effort to up its street cred, Tiffany also participated in this year’s NFL Super Bowl on Feb 5. Moments before Lady Gaga took to the field for what is commonly dubbed “music’s biggest moment” — also known as the halftime show — her commercial for Tiffany aired in anticipation of the performance. The commercial, shot entirely in black and white, played to a more subtle persona of Gaga that fans have grown accustomed to seeing following the release of her latest album, Joanne. “I am a rebel,” Gaga says to the camera after playing a harmonica, her wrists and ears glistening with pieces from the HardWear collection.

“We never do television advertisements, and we definitely don’t do it on the day of the Super Bowl,” Rodembusch laughs. “But that’s the stand we want to take now. We need to create edgy things that are in tune with the times, otherwise the new generation will say ‘okay, this is great for my grandmother, and I love all the stories, but I want something else’.”

Just a week before our chat, Tiffany took on US President Donald Trump with a full-page advertisement in The New York Times, asking him to reconsider pulling out of the Paris Agreement on climate change. The effort was ultimately unsuccessful, but it did have an impact on its wide customer base — while the majority were supportive, there were a few who were not pleased the company was wading into politics.

According to Rodembusch, the backlash — minimal though it was — came as no great surprise. “We were told that we would alienate customers, but I disagree. We have to take a stand and have a point of view. We are totally reliant on the earth, on the planet — it is where our diamonds, gold and silver are from.” This is not the first time Tiffany has thrown its support behind an environmental cause in this way. In 2004, it placed an advertisement in The Washington Post protesting a proposed copper-silver mine in northern Idaho.

Indeed, that point of view and firm sense of identity is what sets Tiffany apart and makes it as iconic as it is. “There is what we make and there is our point of view as a company — and that is how we show who we are,” Rodembusch says. “It’s nothing new, it is something we have always done. I think it’s about communicating that better now.”

This is what Rodembusch means about telling stories — imparting a point of view and a personality at every turn, ensuring that no customer walks away unhappy or unfulfilled, indeed, leaving them with more memories than when they first walked through the door. It is about living the typically New York state of mind that this American jeweller is known for and remains Tiffany’s biggest selling point, and is ultimately what brings customers back for more.