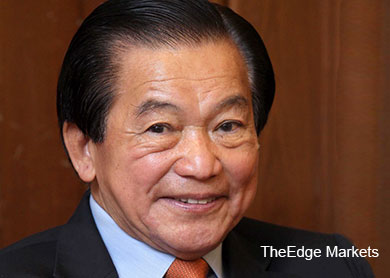 "As for the remaining of 2014, I think the (CPO) prices would continue to be moving sideway," he said.

Speaking after the plantation giant’s annual general meeting today, Lee said the company welcomed the implementation of B7 biodiesel mandate — which involves blending 7% of palm oil methyl ester with 93% of petroleum diesel — in stages beginning Nov 1.

He said the move would further benefit the industry as a whole.

Manwhile, plantation stocks today showed a mostly positive reaction to news that Malaysia plans to implement the B7 biodiesel programme in November.

In a note this morning, CIMB Research said it was positive on the news as it would boost the country's usage of palm oil.

The research house said it was not surprised by the government pushing the implementation forward (from Jan 2015 previously) as it could possibly  help reduce palm oil stockpiles in the country and boost CPO prices.

"The estimate by the ministry that B7 would raise domestic biodiesel usage in the country to 575,000 tonnes, is slightly higher than our earlier estimates of 448,000 tonnes (for the subsidised diesel market). We view this as the second policy move to support CPO prices," it said in its note.

To recap, Malaysia plans to implement a biodiesel B7 programme (blending of 7% palm biodiesel with 93% petroleum diesel) for the subsidised sector in Peninsular Malaysia in stages from next month, and expand this to Sarawak, Sabah and Wilayah Persekutuan Labuan by December 2014.

The programme will contribute towards savings of 667.6 million litres of diesel a year.