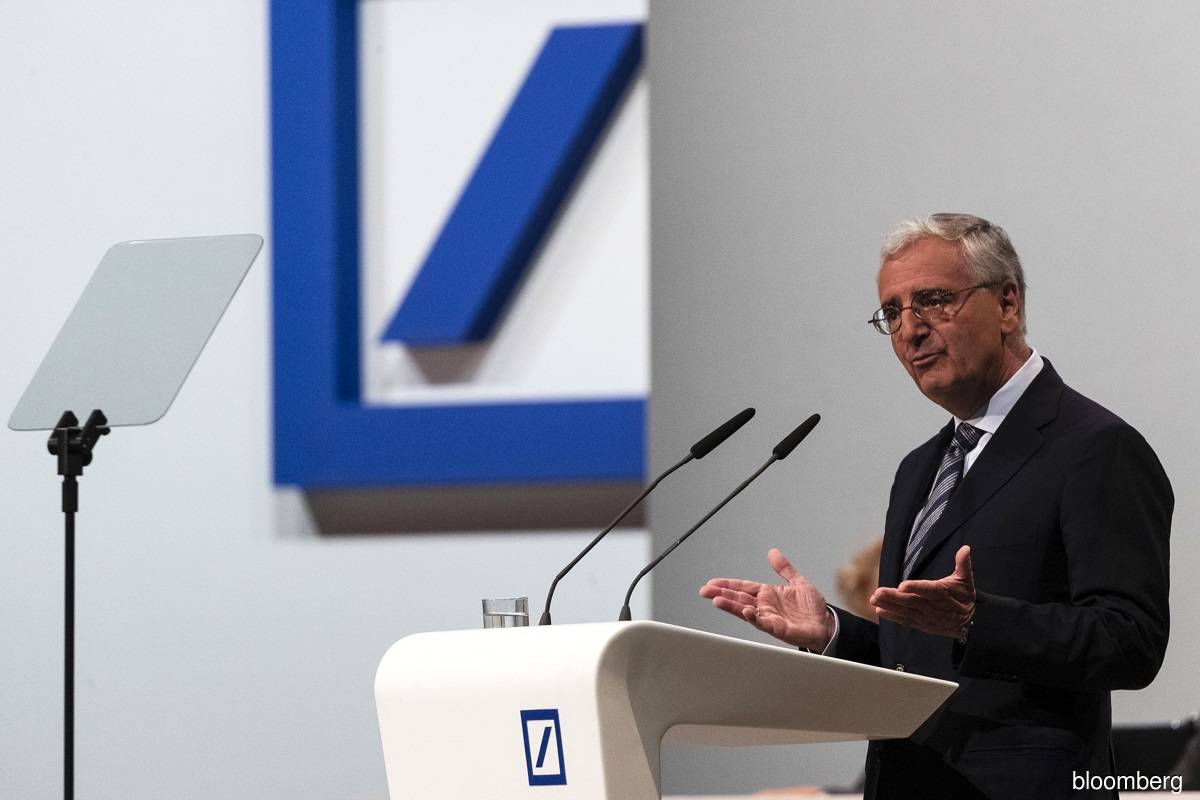 FRANKFURT (May 19): Deutsche Bank begins a new epoch on Thursday as chairman Paul Achleitner leaves after a rocky decade during which Germany's largest lender lost billions and saw its share price plummet.

If all goes to plan at Deutsche's annual general meeting on Thursday, Alexander Wynaendts, a Dutch former insurance executive, will be voted in to succeed Achleitner.

Wynaendts, who is set for a four-year term as chairman, is a former head of Dutch insurer Aegon, which also had staff around the world and a large US presence during a turbulent decade, experience that should serve him well at Deutsche.

"I look back today on eventful years in what was a difficult phase for our bank," Achleitner will tell shareholders, according to prepared remarks for the meeting.

"I am leaving Deutsche Bank with the deep conviction that we have all set the course for a successful future," he will add.

Deutsche has more recently entered calmer waters after an overhaul that trimmed its investment bank and cut costs by shedding thousands of staff. It has posted seven consecutive quarters of profit, its longest streak in the black since 2012.

But control problems continue to plague the bank, despite efforts to beef up safeguards, something Wynaendts plans to focus on strengthening further, a person with direct knowledge of his thinking told Reuters.

Andreas Thomae, a portfolio manager at Deka, which is a big Deutsche investor, is set to tell shareholders he hopes Wynaendts will steer the bank "through a somewhat calmer phase".

But in a reminder of past problems, prosecutors and federal police last month searched Deutsche's headquarters in a raid linked to suspicions of money laundering.

Deutsche said at the time that the search was related to suspicious transactions it had itself passed on to authorities and that it was cooperating fully.