Developers pessimistic over property market outlook till next June 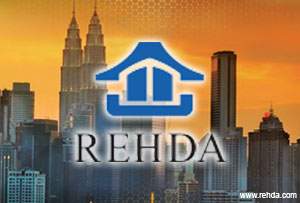 PETALING JAYA (Sept 11): Developers are gloomy about the outlook for the property market in the second half of this year (2H14) and said the sentiment is expected to last until first half of next year (1H15).

According to a survey conducted by the Real Estate And Housing Developers’ Association Malaysia (REHDA), 33% out of 152 developers hold a pessimistic view of the market outlook in 2H14, while another 45% are neutral.

Only 20% of developers are optimistic about sales of property in 2H14.

Announcing the results of the survey today, REHDA president Datuk Seri Fateh Iskandar said a total of 41% of 152 respondents are pessimistic and neutral respectively on the property market outlook for 1H15, with only 13% of surveyed developers expressing optimism.

He said sales in the 1H14 indicated a “worrying” trend, as sales take up rate were below 50%.

“For the first time, the percentage of sales was below 50% and it is a worrying trend,” he added.

This is lower compared to the previous corresponding period last year, with 52% of 150 surveyed developers having launched new projects with a total of 10,985 units.

The decrease began in the second half of last year, with 45% of the 150 surveyed developers having launched new projects with a total of 9,364 units.

“When the RPGT was announced, margins of financing were being scrutinised, the DIBS scheme was being abolished. A lot of developers became unsure,” said Fateh.

About 90% of 152 respondents attributed the slowdown in property sales to cooling measures.

These are the 70% loan to value ratio, implementation of the Goods and Services Tax (GST) in April next year at 6%, higher Real Property Gains Tax (RPGT), as well as responsible lending guidelines, the prohibition of the Developer Interest Bearing Scheme (DIBS) and the maximum loan tenure cap at 35 years.

Fateh said unless the banking institutions change loan structures to ensure flexibility of bank loans to buyers, property purchasing will be sluggish.

He said affordable housing, those priced between RM200,001 and RM500,000, were the most affected by problems in end-financing, with buyers having difficulties in getting bank loan applications approved.

He also said the GST will cause prices to increase by about 3% next year, reiterating the need to ensure affordable housing is zero-rated to control price increases.

However, in Selangor, most of the properties launched have prices increased to between RM500,001 to RM1 million in the first half of this year, compared to 2H13.

Perak, on the other hand, witnessed a decrease in prices of residential properties launched in 1H14, compared to 2H13, with a majority now priced between RM200,001 to RM500,000.