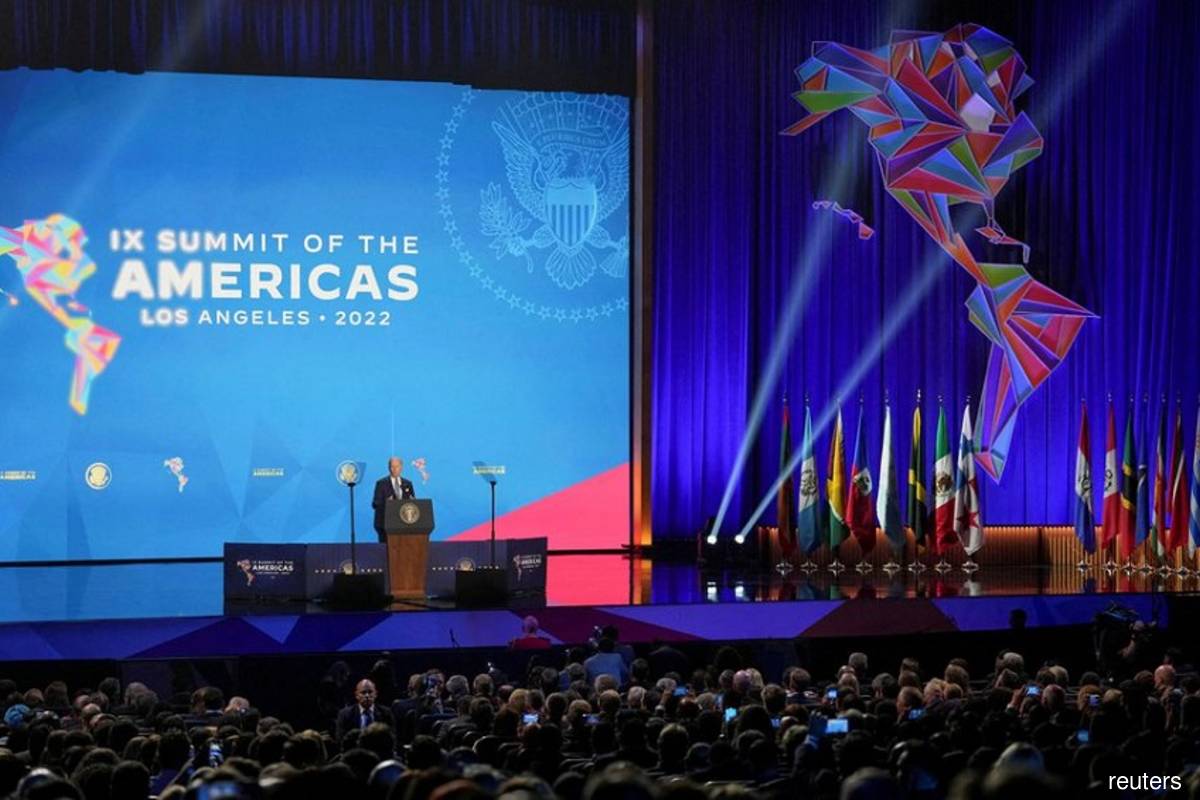 US President Joe Biden speaks during the ninth Summit of the Americas, in Los Angeles, California, US on Thursday June 9, 2022. (Photo by Lauren Justice/Reuters)

LOS ANGELES (June 9): Four development banks will jointly facilitate up to US$50 billion over the next five years to back climate goals in the Americas, US officials said, as President Joe Biden is set to pitch clean energy plans at the Summit of the Americas in Los Angeles.

The United States will also seek funding from the private sector and other sources to boost such projects, the officials said ahead of Thursday's announcement that comes as Biden moves to underline renewed US commitment to Latin America.

"The US is enhancing coordination with these institutions to mobilize additional financing," a senior Biden administration official told reporters during the summit this week.

The United States additionally plans to spend US$12 million on programmes in Brazil, Colombia and Peru to reduce deforestation, while launching a partnership with Caribbean countries led by Vice President Kamala Harris, the officials said.

The 15 nations in the existing Renewable Energy for Latin America and the Caribbean (RELAC) initiative, which aim to reach a 70% installed capacity target for renewable energy generation by 2030, will be joined by several other countries.

Barbados, Jamaica and Guyana are set to become members of RELAC, while Argentina and Brazil will announce plans to support the initiative's 70% goal, a US official said.