Responsibilities above power: Book review of 'MY STORY — Justice in the Wilderness' 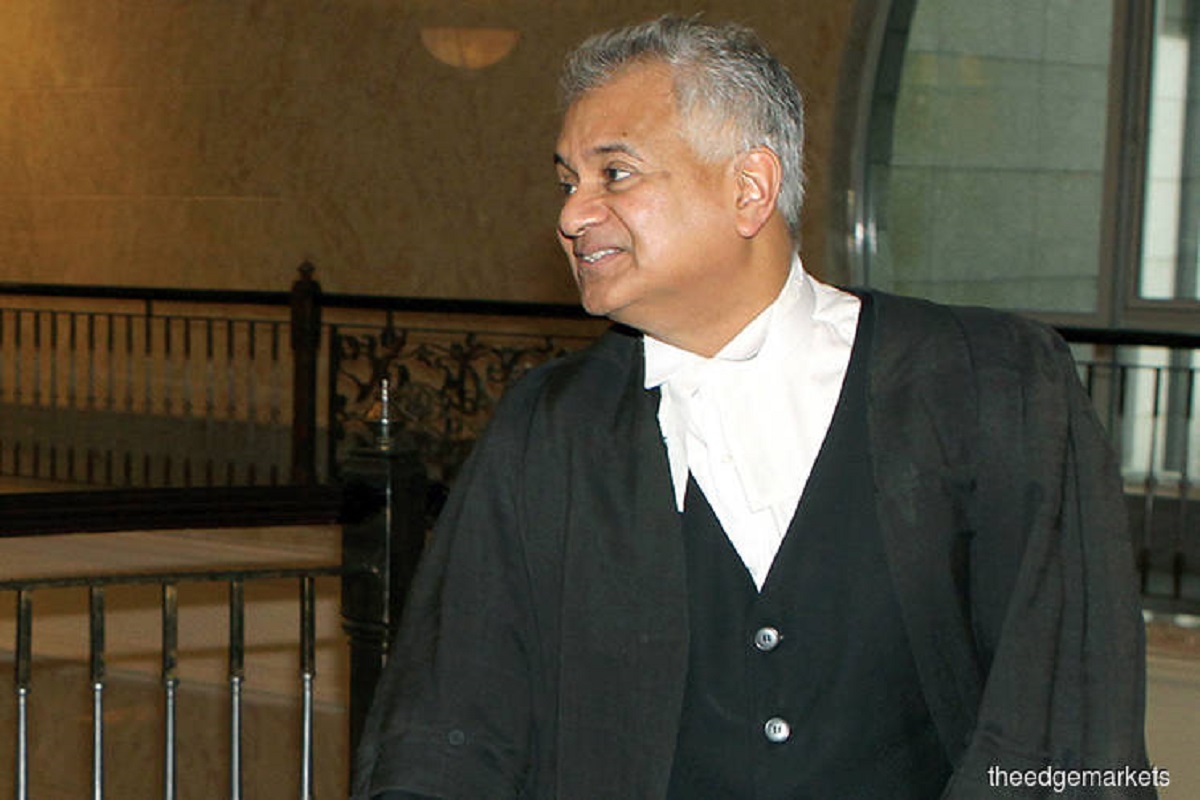 Thomas’ (pic) book is, unintentionally perhaps, filled with illustrations of how a person in high office ought to act, by always remembering that the power he or she has is bestowed for him or her to do the right things to protect or benefit those who do not possess the power to do so for themselves, says Yeo. (Photo by The Edge)

(Jan 28): A good book is like an onion – it has layer after layer that a reader may peel open, to discover and savour. Different readers, of differing personal experiences and foci, are likely to derive diverse take-aways from the same book.

Thomas’ autobiography, “MY STORY – Justice in the Wilderness”, is a purple onion.

While the earlier chapters of the book offer numerous interesting historical facts and background, and while they are of course important in the context of an autobiography – for they provide insight into the character-building of a man later destined for huge responsibilities – it is the later chapters that for me are the radiant pearls waiting to be harvested.

For readers who are excited by bombshells such as Thomas’ disclosure that he was at the verge of becoming a single-day Attorney General, thanks to a nocuous and racist root in our society that refuses to wither; rest assured that there are other fascinating and little-known facts which are revealed in his book, and which are unlikely to disappoint.

It is probably the first time in Malaysia that a non-career public servant, holding one of the most influential positions in the country relating to the administration of law and justice, has opened a window to his thought-processes; regarding the times when he made important decisions concerning prosecutions and law suits that are indeed without precedent in this country, in terms of magnitude and public importance – including the 1MDB related cases, and the prosecution of a former prime minister which later proved successful.

It is refreshing to witness an Attorney General who is prepared to unfold his reasons in the making of key decisions; and by doing so be accountable to (and judged by) the Malaysian public. Thomas’ book makes a compelling read, from the perspectives of transparency and accountability.

The office of an Attorney General comes with both unrivalled power and heavy responsibilities. It will be a personal cocktail of one’s cultivated values, character, motivation and purpose that will determine whether an attorney general will by and large wallow in the joy and esteem of wielding power; or will constantly agonise over the volumes of decisions he or she has to make on a daily basis, with the singular desire to always choose the right and the best ones, to the fullest of his or her ability and belief.

Thomas’ autobiography does not preach. However, from his recounting of the conscientious performance of the vital tasks entrusted to him, a common thread runs through the intense effort involved in arriving at what he found, after punctilious deliberations, to be the right things to do; disregarding irrelevant factors and his own interest, or any foreseeable brickbats coming his way.

The higher the office, the greater the power, and the heavier the responsibilities.

Placing one’s responsibilities far above one’s power is a merit and a philosophy rarely found, or practised, in those holding high offices in Malaysia – a place where, if a high and mighty office-holder’s shoulders are crushed by over-burden; it is likely to be by the weighty benefits in gold, than by the weight of responsibilities. The most nauseating examples, if the obvious need be said, are monopolised by a train-load of our politicians.

Thomas’ book is, unintentionally perhaps, filled with illustrations of how a person in high office ought to act, by always remembering that the power he or she has is bestowed for him or her to do the right things to protect or benefit those who do not possess the power to do so for themselves.

This autobiography, among so many other things, serves as a reminder to us (and, it is hoped, particularly to Malaysian leaders and public servants) that the proper and virtuous discharge of one’s responsibilities is what defines a respectable person worthy of his or her power.

Abuse and misuse of power have been so rampant in this country, and have not abated. The arrival of this reminder, in Thomas’ book, is timely. I suspect that, in telling his story, he is (perhaps subconsciously) nudging us to emulate him.

I have benefitted from Thomas’ autobiography. For me, one of the prime take-aways is that, if or when one has the power to make a meaningful difference, putting responsibilities way above power is obligatory; and it is something that can be achieved, and that is worthwhile, even in an environment in which it is destined as an exception rather than the rule.

On these pages, the only power to which I may lay claim, is the power of persuading Malaysians who care about how the legal and justice systems in this country have operated, and how they can be better run in the future, to read this insightful book; and decide for yourselves what key take-aways resonate most with you.

If this glancing review fails to excite readers to rush to get a copy of Thomas’ book and to read it; that will be certainly because I have come up short in my amateurish exercise of the power of persuasion. Thomas’ book remains well worth reading, notwithstanding.

Advocate and solicitor Datuk Yeo Yang Poh was the Bar Council president from 2005 to 2007.