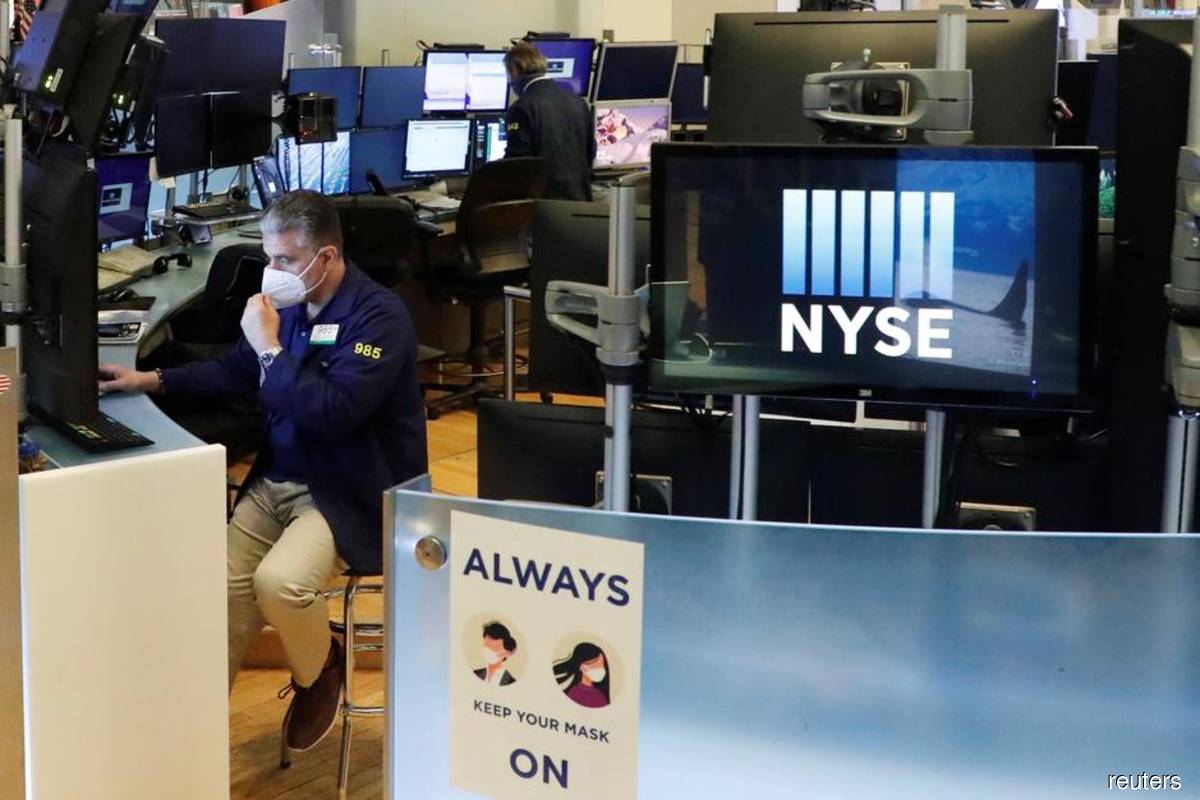 NEW YORK/BENGALURU (Nov 24): The Dow breached 30,000 points for the first time on Tuesday, as investors bet on a swift economic recovery next year, following progress on coronavirus vaccines and the formal go-ahead for President-elect Joe Biden's transition to the White House.

Economically-sensitive industrial stocks surged to a record high, while the financials and energy indexes jumped 3.3% and 4.8% respectively.

Electric-car maker Tesla Inc rose 4%, crossing US$500 billion in market capitalisation, as investors lapped up its shares in the run-up to its addition to the S&P 500 index.

"Investors are getting optimistic about the coming six months," said Mike Zigmont, head of trading and research at Harvest Volatility Management in New York.

"There has been a lot of positive vaccine news recently and with the announcement that the transition of the Biden administration is kicking off, it just makes a lot of uncertainties of the future disappear."

Recent data suggesting a Covid-19 vaccine could be available before the end of the year has put the S&P 500 on course for its best November ever and sparked demand for value-linked stocks that were hammered, following the coronavirus-driven crash earlier this year.

The S&P value index has gained about 15% so far in November compared with an 11% rise in the S&P 500. By contrast, the growth index, comprising the technology mega-caps that were seen as safe during the recession, is up less than 9%.

Sentiment this week was also boosted by reports that Biden planned to nominate former Federal Reserve Chair Janet Yellen as Treasury Secretary, which could shift the focus heavily toward efforts to tackle growing economic inequality.

Boeing Co jumped 4.2% after European regulators gave draft approval to its 737 MAX jets, paving the way for a formal flight clearance in January.

Still, with coronavirus cases surging by the day and millions of Americans still unemployed, some traders suggested the US stock market could see a sharp pullback in the next few weeks.

"We are positioning for a 20% stock market pullback between now and the 2021 presidential inauguration," said James McDonald, chief executive officer of Hercules Investments in Los Angeles.

"We wouldn't be putting new money to work in stocks with the Dow at 30,000 because of rising Covid-19 cases...and the likelihood of insufficient fiscal stimulus from Congress."