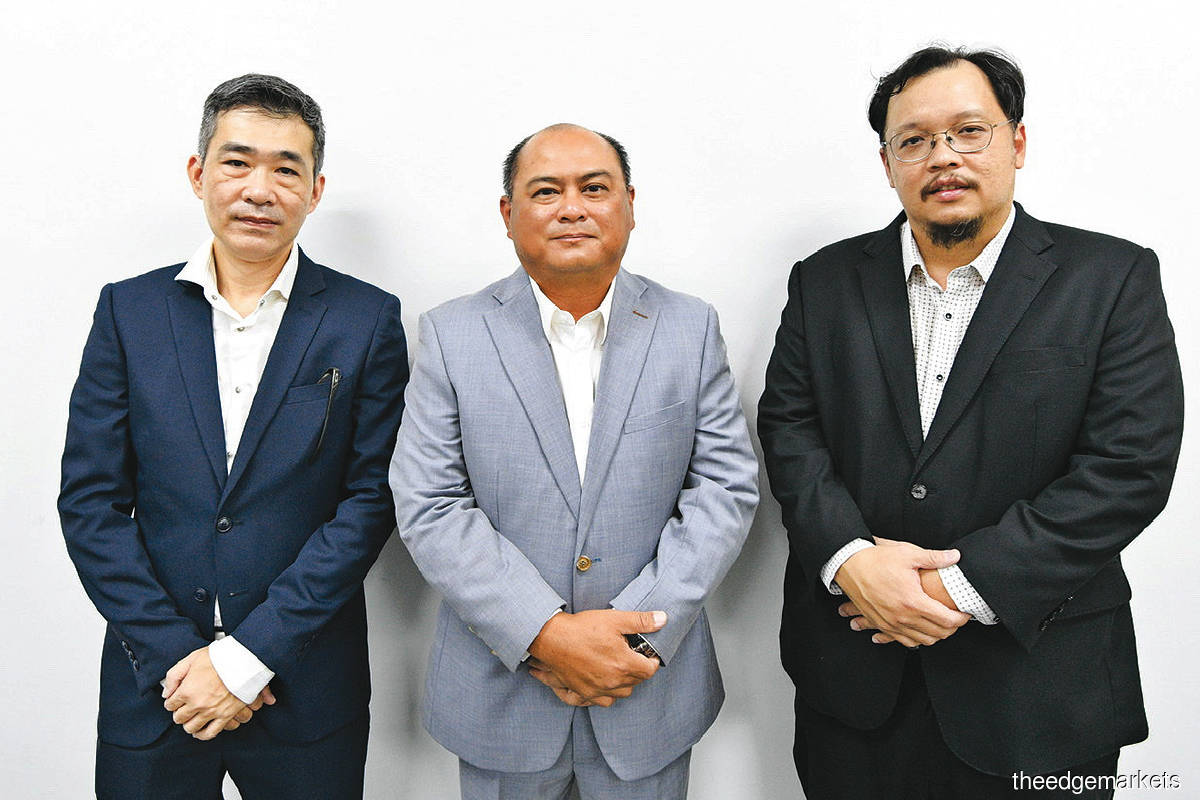 RIDING on burgeoning oil and gas (O&G) activities in Sarawak, support services provider Ocean Vantage Holdings Bhd projects revenue contribution from the downstream segment will more than double over the next one to two years to 50%, from about 20% currently.

“After that, downstream will overtake upstream as we see more interesting opportunities in the downstream segment,” executive director Stephen Yau Kah Tak tells The Edge in an interview. He observes that downstream margins are also much healthier and of bigger contract value in general. Overall, the group targets to maintain net profit margins at 10%-15% this year.

Listed about two years ago on the ACE Market at the height of the pandemic, Ocean Vantage is involved in the provision of support services for the O&G industry and supplies materials, tools and equipment, manpower, drilling rig charter services, and engineering, procurement and construction as well as project management. Its clients are drilling contractors, oilfield services companies and national and international oil companies.

Managing director Kenny Ronald Ngalin points out that with the recent RM71.3 million win from Petrofac Engineering Services (Malaysia) Sdn Bhd — a major contract in the downstream segment — the group is aiming for double-digit earnings growth this year.

“We have been supporting many drilling contractors and we are ready to compete for a bigger slice of the pie in this area. We are now keen to extend our services to support onshore and offshore MCM-related (maintenance, construction and modification) projects and become another MCM contractor alternative to the likes of Dayang Enterprise Holdings Bhd, Carimin Petroleum Bhd and Serba Dinamik Holdings Bhd.

“For downstream, we are making a lot of headway. There are a lot of projects coming up in Bintulu,” Kenny says.

In 2021, Ocean Vantage posted a net profit of RM9.66 million, a jump of 33.6% from RM7.23 million a year ago, despite the RM2.2 million impairment of receivables made due to the underperformance of some of its major local customers.

However, for the first quarter ended March 31, 2022, the group reported a 44% drop in net profit to RM1.38 million from RM2.48 million in the same quarter a year ago, owing to higher administrative expenses as a result of staff costs and professional fees incurred for the new enterprise resource planning (ERP) system and compliance-related expenses.

In order to increase Ocean Vantage’s market value and subsequently transfer its listing to the Main Market, Yau reveals that the group is planning to embark on acquisitions in both the upstream and downstream segments.

“We hope to be able to perform more acquisitions, then we can grow faster. Given the contract size in the downstream segment, there is a potential for us to transfer our listing within three to five years.”

Despite a surge in global oil prices, Kenny says contract awards have been relatively scarce.

“There are more enquiries coming in. We do see an uptick in market surveys and even tendering activities. But usually, not many contracts are given out in the first half of the year,” he explains, adding that the group is tendering for projects worth RM200 million to RM300 million.

He is of the view that the positive impact from the current high oil price environment will not be immediately seen as it takes time for contracts to be awarded. But he is optimistic that oil prices will continue to stay “very high”.

About 80% of Ocean Vantage’s revenue is derived from Malaysia, while its overseas contribution mainly comes from South America.

“We need to be stronger locally first, then we will expand further to other markets. A lot of things need to be taken into consideration such as foreign partners, capex and business segments that suit a particular country. There is more low-hanging fruit for us in Malaysia and more than enough for us to win,” says Kenny.

Early this year, the Malaysian Oil & Gas Services Council (MOGSC) hit out at Petronas, saying most of the small and medium enterprises (SMEs), which are subcontractors and vendors to the larger companies, are in severe financial circumstances, even though Petronas is chalking up higher profits on the back of soaring oil prices. The oil major’s net profit leapt 154.2% year on year to RM23.44 billion in the first three months of the year.

Kenny hopes that Petronas could review its tendering model by carving out the project packages, instead of handing out lump-sum integrated contracts.

“Petronas integrated everything into one package. It could work back then when oil prices were at US$130-US$140 a barrel. However, prices would not stay there for so long. At one point, it went down to negative territory, but Petronas did not change the tendering model. The cost is still very high although oil prices are above US$100, so it’s difficult for contractors like us to make a profit.”

While Petronas clarified that it has been helping arrange for financing for small stakeholders, Kenny says financing is only restricted to Petronas-related main contractors with direct contracts.

He also opines that Petronas’ support to mid-tier companies is not sufficient.

“The focus has always been given to SMEs and major players, with less emphasis on mid-tier firms. We hope there would be attention given to help grow mid-tier firms as well. Essentially, what we are saying is we would like to see more continuity in terms of helping SMEs graduate to mid-tier, and mid-tier to become major players,” he says.

Touching on Ocean Vantage’s lacklustre share price performance since its listing, Kenny says it could be because its shareholder base is predominantly made up of retail investors, who do not long hold for the long term.

“That’s why we aspire to go to the Main Market so that we can get bigger fund managers. Their holding power is longer.”

“There are quite a number of O&G stocks under selling pressure as investors are not holding long enough as well. Though oil prices are rising, anything can happen, so that are still a lot of market jitters out there. O&G operators are adopting a wait-and-see approach before putting in new investments. This could have contributed to the lack of interest in O&G counters for the time being,” he notes.

Closing at 21.5 sen last Thursday for a market capitalisation of RM88.4 million, Ocean Vantage’s share price has fallen 17.3% year to date, far underperforming the 13.6% gain in the Bursa Malaysia Energy Index. Compared with its initial public offering price of 26 sen per share, the counter is also down 17.3%.

While the group has expanded into the solar energy and electric vehicle-charging segments, Yau says they are not expected to contribute to the group’s bottom line in the next year or two.

“We need to participate in the energy transition early and we want to see how we can migrate our skills from O&G to the renewable side.”

As Ocean Vantage requires cash for future expansion, Kenny states that dividend payouts are not in the pipeline for now. As at end-March 2022, the company remained in a net cash position of RM22.1 million, with gross borrowings of RM2.8 million.

The group is undertaking a special issue of up to 82.2 million shares to third-party bumiputera investors approved by the Ministry of International Trade and Industry Malaysia. At an issue price of 23.5 sen per share, it is expected to raise RM19.32 million.