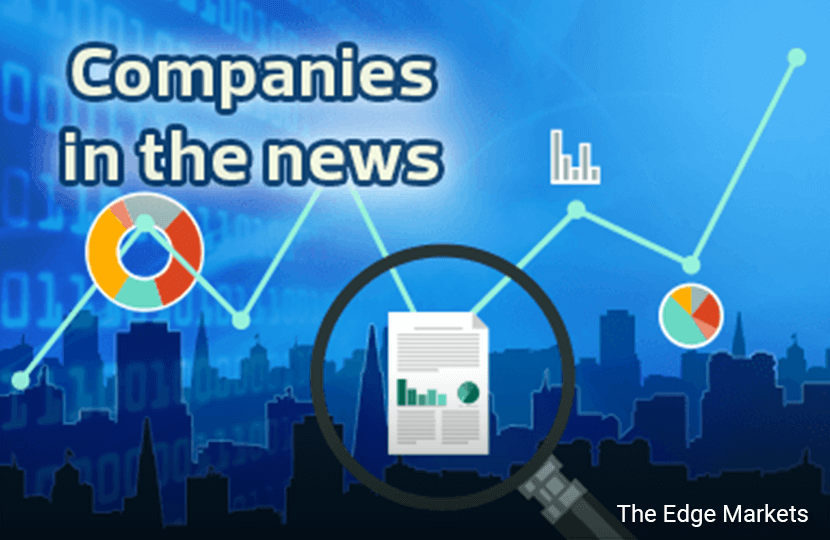 Econpile Holdings Bhd has secured a RM95.5 million contract for piling and related works for the Arte Mont Kiara mixed development in Mont Kiara here, bringing the group's total order book to RM630 million, which will be recognised till 2017.

In a statement today, the piling and foundation specialist said its subsidiary Econpile (M) Sdn Bhd has been contracted by Nusmetro Property Sdn Bhd to undertake earthworks, piling and basement construction works for the project.

"The duration of the contract is 19 months and slated to be completed by June 2017. Hence, this contract is expected to contribute positively to the group's financial performance for the financial years ending June 30, 2016 and 2017," he said in the statement.

The group said the supply of the vessel was to support the production operations and well services activities of Kebabangan Petroleum Operating Co.

Icon Offshore executive director Datuk Abdul Rahman Ahmad said the group's fundamentals remain strong and with its new incoming leadership, both the board and management team remain convinced that it is in a strong position to take advantage of the opportunity offered when the industry environment turns positive.

Apart from Brunei, it is looking to expand into international markets including Myanmar, Vietnam and India, he added.

Department-store operator Parkson Holdings Bhd saw its net profit triple to RM63.29 million or 5.8 sen per share for the first financial quarter ended Sept 30, 2015 (1QFY16), from RM20.22 million or 1.9 sen per share a year ago, after accounting for the gain on partial disposal of a former subsidiary amounting to RM136 million.

Quarterly revenue rose 10% to RM933.39 million from RM848.62 million in 1QFY15, driven by strong consumer spending during the Hari Raya festive season in Malaysia and Indonesia.

Parkson told Bursa Malaysia that its Malaysian operations reported a negative same store sales (SSS) growth of 15% for 1QFY16 due to weak consumer sentiments, following the implementation of the goods and services tax and the weakening in the local currency.

Its overseas operation in China and Vietnam reported a negative SSS growth of 10% and 4% respectively in the quarter under review, due to weak consumer sentiments and intensifying competition.

Parkson's Myanmar operation has yet to achieve break-even sales volume, despite recording SSS growth of 6% for the quarter under review, while its Indonesian business reported a strong SSS growth of 10% for 1QFY16, riding on the growing middle-class and young population.

Moving forward, Parkson anticipates its performance to improve in 2QFY16, in view of the coming year-end festivities and holiday seasons.

Going forward, WCT said that with the impending implementation of the 11th Malaysia Plan and roll out of mega infrastructure projects, the group is cautiously optimistic about achieving satisfactory results for the financial year ending Dec 31, 2015.

Revenue for the quarter stood at RM450.29 million, it told Bursa in a filing today, adding that its construction segment reported a revenue of RM394 million and pre-tax profit of RM9.6 million in the current quarter.

The precast segment, meanwhile, reported a revenue of RM56.3 million and pre-tax profit of RM20.5 million in 3QFY15.

With an outstanding order book of RM4.3 billion, the group is confident it will be able to deliver a satisfactory performance for the financial year ending Dec 31, 2015.

Quarterly revenue gained 4% to RM1.34 billion from RM1.29 billion in 2QFY15 due to better contribution from its construction, industry and infrastructure divisions.

Going forward, the group expects a satisfactory performance, driven by its construction, industry and infrastructure divisions.

This was due to continued concessions given to Malaysian Airline System Bhd (MAS) under the settlement agreement dated Feb 26, it told Bursa in a filing today.

Its revenue for 3QFY15 also fell 27.7% to RM64.88 million from RM89.69 million due to lower turnover registered across all its business segments.

Kim Teck Cheong Consolidated Bhd will be making its debut on the ACE Market of Bursa tomorrow.

The Sabah-based consumer packaged goods manufacturer and distributor is seeking to raise RM21.3 million in its initial public offering.

A total of RM14 million of the proceeds will be used to expand its warehousing facilities, warehousing construction and equipment purchase, while the rest will be for working capital and listing expenses.

In a filing with Bursa today, UMW-OG said this profit shortfall was, however, partly mitigated by forex gains from the favourable US dollar exchange rate on cash reserve denominated in US dollars held by the company.

Revenue for 3QFY15 also fell by 16.4% to RM212.7 million from RM254.32 million in 3QFY14, due to lower revenue contributions from both the drilling services segment and the oilfield services segment. Overseas operations contributed 51.5% of the group's revenue in 3QFY15.

On prospects, UMW-OG said profitability of the oilfield services segment is likely to remain flat in the fourth quarter of 2015.

The group's overall financial performance is also expected to be challenging for the financial year ending Dec 31, 2015, it added.