ECRL cost reduction has nothing to do with Jho Low's location, says Dr M 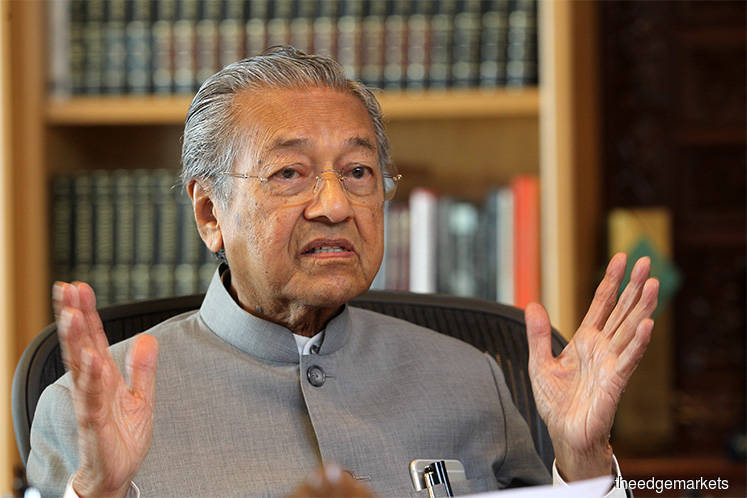 PUTRAJAYA (April 15): The government is not making any compromises in the investigations of the 1Malaysia Development Bhd (1MDB) scandal, particularly the location of fugitive businessmen Low Taek Jho, or Jho Low, who is widely believed to be seeking refuge in China.

"It has nothing to do with Mr Jho Low, but of course we will seek the help of the Chinese government if at all he is in China," he told a press conference here today.

Asked whether it is true that the previous Barisan Nasional government had siphoned off monies from the loan to build the East Coast Rail Link (ECRL) to repay interest and debt related to 1MDB, Dr Mahathir said this remains a suspicion by the current government.

"We suspect that was what had happened because the price was so high, and we can reduce it by as much as RM22 billion. Had the project been tendered out in the usual manner, we would have gotten a better pricing, but this was a lump sum given to a company from China... the project was awarded to the Chinese company through direct negotiation," he said.

Dr Mahathir also said the new supplementary agreement signed for ECRL is the solution to the concerns the government had on the project previously.

"Our concerns were there, and this (supplementary agreement) is a solution to our concerns. When we (Pakatan Harapan) were still in the opposition, we thought that the way the award was made was not right and that the total project cost was inflated. As you can see (today), they can do (build) this thing (ECRL) at a much lower cost, so why should the Malaysian government agree to a higher cost? We cannot understand that," he said.

"Well if there are mega projects that we can still give to the Chinese, we will. But our policy is to give mega projects to Malaysian companies. If they don't have the expertise, they can call in some foreign companies to join them," he said.