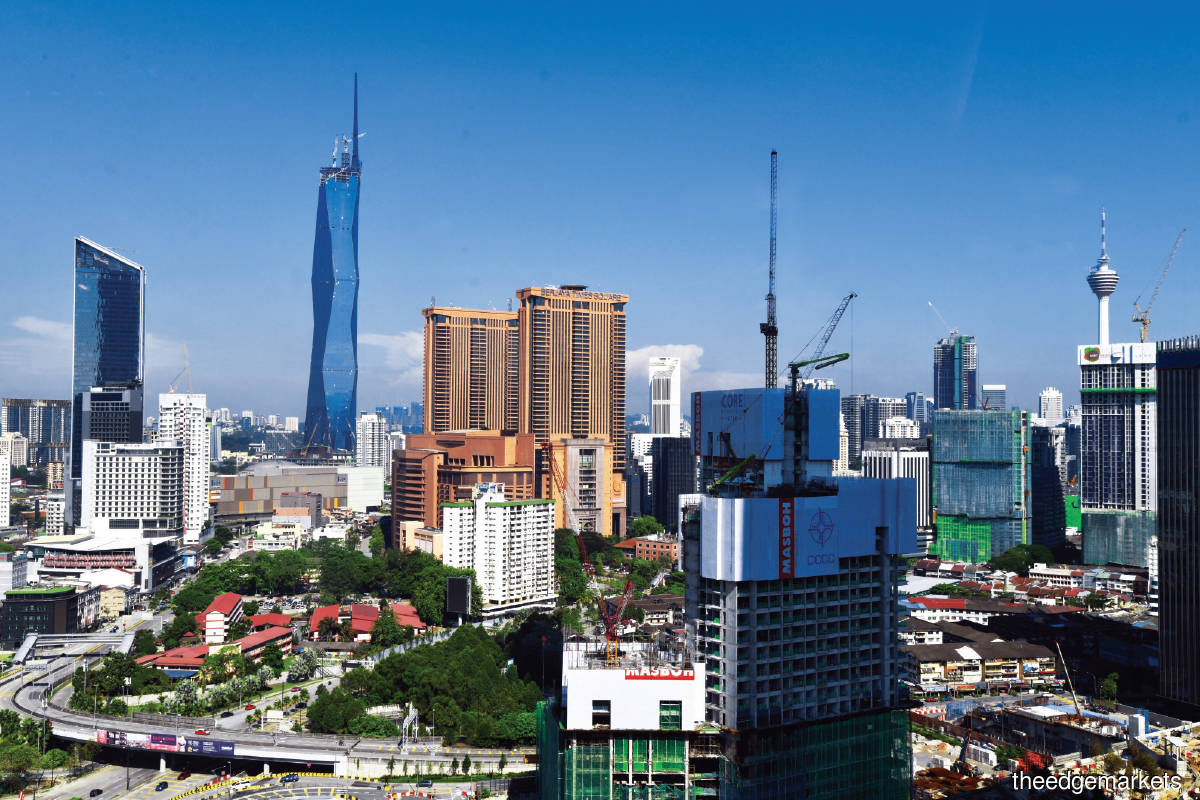 “The economy is anticipated to gradually improve in the coming quarters, which will help the property market,” he says. However, the average transacted price will likely remain sluggish, he adds.

“Overall, it will still be a buyers’ market in 2022. The market is favoured by investors and upgraders seeking value-buy units for long-term capital appreciation.”

There are some positives for the property market this year. Fong highlights the removal of the Real Property Gains Tax for residential property sales from the sixth year onwards, a special tax exemption for building/commercial unit owners who give a rental discount of at least 30%, an allocation of RM2 billion for a housing credit guarantee scheme for gig economy workers, the resumption of the Malaysia My Second Home (MM2H) programme and the reopening of international borders.

He adds that interest rates for housing loans are expected to remain stable, even though an overnight policy rate (OPR) hike is expected this year. Fong: Overall, it will still be a buyers’ market in 2022. The market is favoured by investors and upgraders seeking value-buy units for long-term capital appreciation. (Photo by Savills)

In Kuala Lumpur, property market activity remained slow in KL city centre, Bangsar and Mont’Kiara during the period in review. Capital value movements in terms of price per sq ft of the sampled two-bedroom properties on a quarter-on-quarter basis stood at -2.7%, 0.2% and -1.2% respectively.

Year on year, capital values in KLCC and Bangsar declined 3% and 1.4% respectively. In contrast, Mont’Kiara registered a y-o-y increase of 3.1% during the quarter in review.

In Selangor, the capital value of the sampled two- and three-bedroom properties in terms of price psf declined by between 0.3% and 0.9% q-o-q in Bangsar Sunway, Subang Jaya and Petaling Jaya. The asking price for these properties saw a decline of 2.8% to 5.3% y-o-y.

At 2% to 8%, the gap between capital value and asking price in Bandar Sunway, Subang Jaya and Petaling Jaya appeared to be lower than in Kuala Lumpur. In Bangsar, the average capital value of the sampled units was RM891 psf, down 1.4% y-o-y but up 0.2% q-o-q during the period in review. The average asking price for similar two-bedroom units dipped 4.2% y-o-y to about RM947 psf in 4Q2021. The gap between capital value and asking price was about 7%.

In Mont’Kiara, the average capital value of the sampled units registered a marginal drop of 1.2% q-o-q to RM696 psf during the period in review.

“The asking price also softened during the quarter, indicating a hard time for the subsale market. Nevertheless, the Mont’Kiara market is relatively active compared with KLCC and Bangsar,” says Fong. New projects that are available for sale in the area include Allevia Mont’Kiara and Residensi Astrea. Both developments are by UEM Sunrise Bhd. Allevia Mont’Kiara offers units with built-ups of 1,700 to 2,600 sq ft priced between RM800 and RM900 psf. The units at Residensi Astrea have built-ups of 1,364 to 1,859 sq ft and are priced from RM850 psf. The latter is scheduled for completion in 2023, whereas the former is expected to be ready by 2025.

The subsale market in Bandar Sunway remained inactive during the period in review, says Fong. The capital value of the sampled properties was down 3.3% y-o-y and 0.8% q-o-q in 4Q2021.

“We also observed that asking prices dropped accordingly by 3.1% y-o-y, narrowing the price gap between buyers’ and sellers’ expectations,” he says.

In Subang Jaya, the average capital value of the sampled properties dropped 5.1% y-o-y and 0.3% q-o-q to RM511 psf in 4Q2021. According to Fong, the price movement was in line with the dip in asking price of 5.3% y-o-y and 1.5% q-o-q. “Overall, we expect the subsale market in Subang Jaya to remain challenging in the near term,” he says. Southplace Residences @ Tropicana Metropark, developed by Tropicana Corp Bhd, comprises 656 units and is scheduled for completion by 2024. The units come in built-ups of 500 and 700 sq ft and are priced at RM780 psf.

Alira Metropark Subang is being developed by MCT Bhd and will comprise 492 units. Fong notes that the project had reportedly achieved a take-up of 50% as at early this year and the units, ranging from 695 to 998 sq ft, have selling prices of RM600 to RM700 psf.

In Petaling Jaya, the average capital value of the sampled properties remained stable during the quarter in review compared with the previous year, mainly supported by the location’s amenities, says Fong. “However, we observe that the asking price dropped 2.8% y-o-y in this inactive subsale market. The asking price was also below the last transacted price,” he adds.

According to Fong, the gap between capital value and asking price remained narrow during the quarter. “Owners who are eager to sell in this inactive secondary market would have to lower their price to attract buyers.”