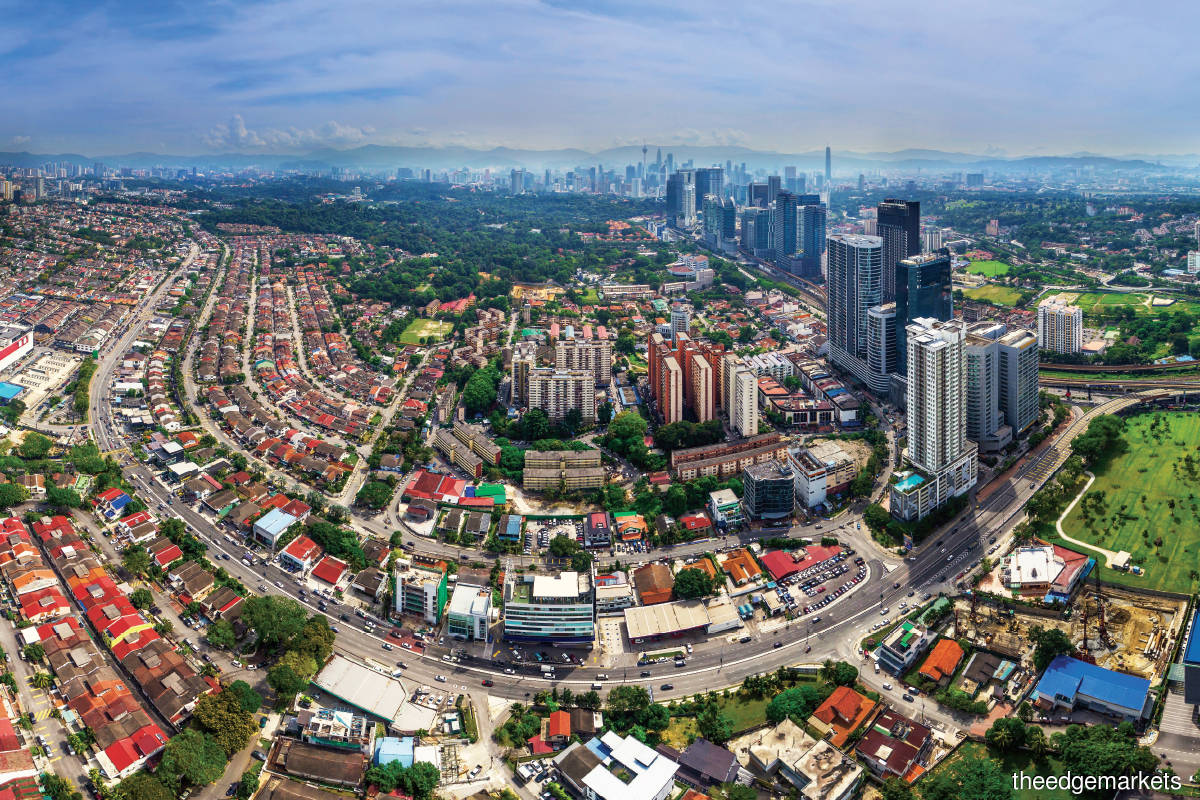 The rental and occupancy levels of office buildings in the country — especially in the Klang Valley, where there is an imbalance in supply and demand — are expected to continue to experience downward pressure.

In presenting The Edge/Knight Frank Kuala Lumpur and Selangor Office Monitor 4Q2021, Knight Frank Malaysia executive director of corporate services Teh Young Khean notes that with the hybrid working model gaining traction among businesses, many fit-out units are left behind in the market as companies rightsize and relocate during the Covid-19 pandemic.

In this tenant-led market, he says, landlords of buildings with lower occupancy rates are motivated to negotiate for more competitive rents. In KL fringe, the overall occupancy level appears to be stabilising as landlords are willing to negotiate rents to retain tenants. The office market in Selangor, however, is expected to remain relatively resilient in the medium to long term, especially newer office buildings with better specifications.

In Budget 2022, which was unveiled on Oct 29 last year, the government tabled subsidies and incentives to support businesses. “Among the highlights was the extension of tax relief for building/commercial unit owners who provide rental discounts of at least 30% of the original rate until June 31; a tax deduction of up to RM300,000 for improving workplace seating or air circulation until Dec 31; and an additional tax deduction of up to RM50,000 for companies registered under [email protected] on the rental expenses of employee accommodation premises extended for another year. This will encourage companies to speed up their decision-making process, especially those that are still evaluating their workplace strategy,” says Teh.

He believes it is crucial to improve the physical office experience as more organisations, especially micro and small companies, are gravitating towards the hybrid working arrangement. “Physical office space remains important for collaboration to maintain and boost productivity levels among employees. With its readily available fully fitted office space, remote and co-working space will continue to gain attention with its ability and flexibility to quickly meet operational needs.” With the further easing of restrictions as the pandemic moves into the endemic phase, employees are gradually returning to offices in compliance with stringent standard operating procedures. The office market remains favourable to tenants. “In KL city, office occupancy rates remained resilient and were slightly higher on the quarter. Similarly, KL fringe saw a slight improvement in office occupancy rates, supported by a sustained demand for quality decentralised space whereas Selangor saw a marginal dip in overall occupancy during the review period,” says Teh.

According to data from Knight Frank, the average rental rates for Prime A+ office in KL city’s new central business district (CBD) remained at RM10.17 psf in 4Q2021. However, the rental rates for the city’s Grade A offices dropped quarter on quarter (q-o-q), with the new CBD and old CBD declining by 0.4% and 0.6% to RM5.97 psf and RM5.04 psf respectively. Similarly, the overall rental rates in Selangor remained unchanged. Petaling Jaya and Subang Jaya recorded rents of RM4.38 psf and RM4.12 psf respectively while the respective rentals for Shah Alam and Cyberjaya were at RM3.45 psf and RM3.73 psf. Meanwhile, overall average occupancy rates in KL city rose 0.1% to 65.5%, with the new CBD recording a higher occupancy rate of 65.3% while the old CBD remained unchanged at 66.9%.

In KL fringe, the average occupancy rate increased by 0.7% to 86.4%. All areas saw an increase in occupancy rates, except KL Sentral and Pantai/Bangsar, which decreased to 92% and 86.9% respectively. Damansara Heights, TTDI/Mont’Kiara/Dutamas, MVC/KLEC and Bangsar South/Kerinchi increased to 76.5%, 77.7%, 81.4% and 91.6% respectively.

The Merdeka 118 tower in KL city will be the first building in the country to receive a platinum rating with international sustainability certifications, namely the Leadership in Energy and Environmental Design, Green Real Estate and Green Building Index. The tower, which is 85% completed, is expected to be ready this year.

HSBC Bank Malaysia Bhd has placed Menara HSBC South Tower in Lebuh Ampang, Kuala Lumpur, up for sale. This comes as HSBC prepares to vacate the building in phases and move into its new headquarters, Menara IQ, in Tun Razak Exchange. The new headquarters is due for completion in 2Q2022. The bank branch relocated last month.

In KL fringe, KL Eco City (KLEC) has received Multimedia Super Corridor (MSC) Cybercentre status, as Mercu 2, a corporate office tower located in KLEC, was awarded the designated premises status by Malaysia Digital Economy Corporation (MDEC). The status is an added boost for businesses and corporations looking for office space that is in line with their digitalisation strategy.