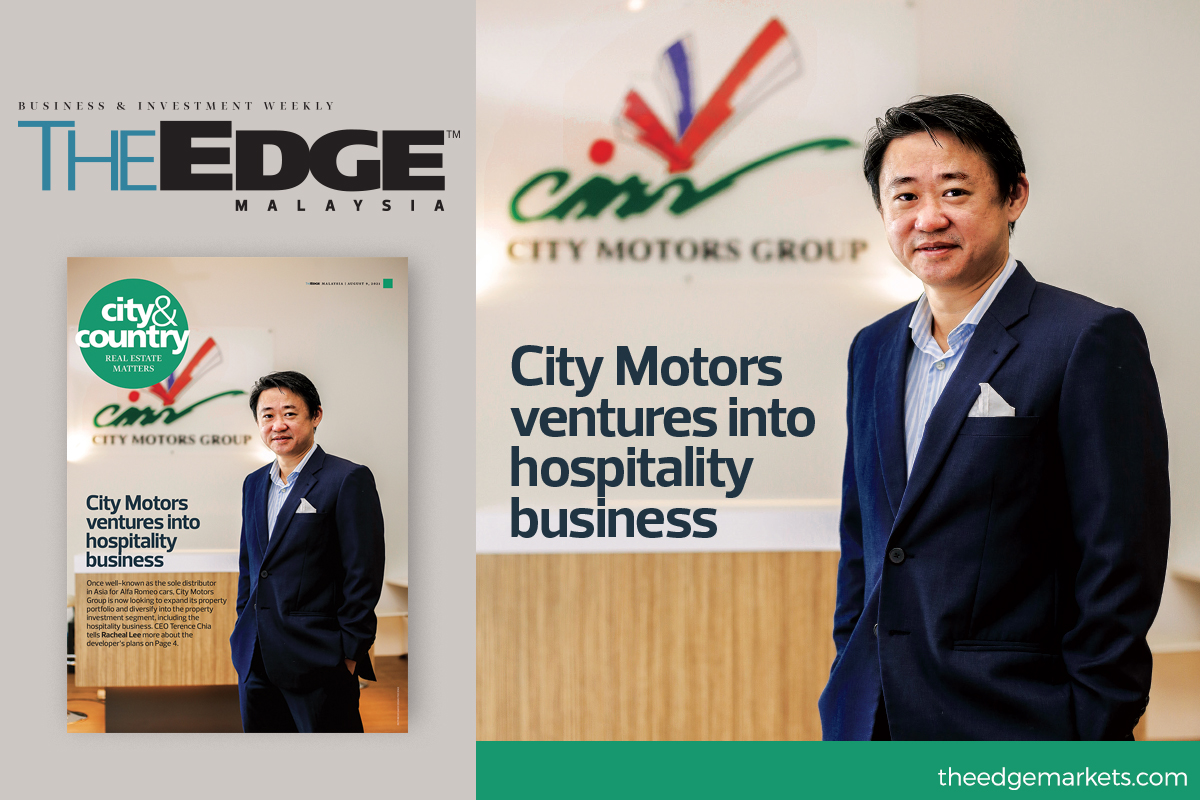 KUALA LUMPUR (Aug 8): Once well-known as the sole distributor in Asia for Alfa Romeo cars, City Motors Group is now looking to expand its property portfolio and diversify into the property investment segment, including the hospitality business.

City Motors Group was established in 1965 by chairman Datuk Foo Wan Kien, who was also involved in other businesses under different company names. The company was a sub-dealer for Mazda and BMW and was appointed by Alfa Romeo as its sole distributor in Asia.

It subsequently ventured into plantations, aquaculture and property development, before its franchise with Alfa Romeo ended in 1980.

Upon completion of the projects, the group will have two new hotels run by reputable hotel chains. It is in line with the chairman’s vision of having a significant portion of income coming from property investment.

The freehold project in Bangsar is named Alfa Bangsar. It is currently under construction and is scheduled to be completed in 3Q2023. The RM450 million development will consist of a podium and hotel-cum-serviced apartment tower on 1.26 acres of land in Jalan Maarof.

InterContinental Hotels Group will operate an upper-midscale hotel there, which will be known as Holiday Inn Kuala Lumpur Bangsar. Meanwhile, Chia hopes to conduct a preview of the serviced apartments in October.

Read more about it in the City & Country pullout of The Edge Malaysia weekly’s Aug 9 edition .