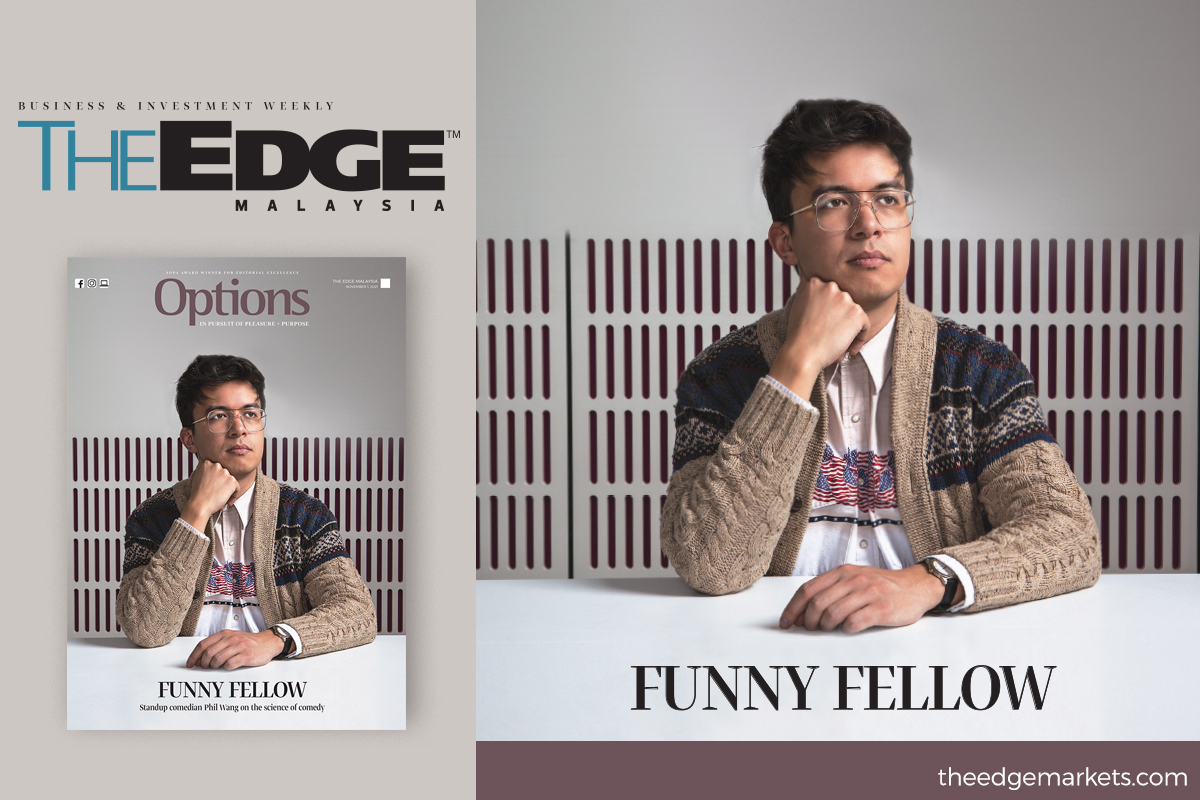 KUALA LUMPUR (Oct 31): Comedy is a science, an intellectual exercise that can be learnt, says British-Malaysian stand-up comic Phil Wang, who digs into his heritage to crack up his audience. Wang was raised in Sabah until age 16, when he moved back to the UK — he was born in Stoke-On-Trent — for further studies. Introverted and serious, he finds comedy “a form of self-therapy, a way out of social anxiety”.

Comedy is also a means to find answers to the question people keep asking him, “Where are you really from?”, Wang writes in "Sidesplitter: How To Be From Two Worlds At Once". The book is a collection of humorous essays grouped under 10 chapters and part memoir. Each chapter has a theme: Family, Words, Food, Race, Comedy, Love, History, Assimilation, Nature and Home.

Calling cards do and say more than we think. They were invented in China in the 15th century to announce the impending arrival of a guest. In 17th-century England merchants used them as advertisements, and in Japan, no formal discussion will start until they have been handed out and tucked away. But with people exchanging handles on social media nowadays, and the coronavirus putting a stop to handshakes during the pandemic, it is time to reinvent the (card) wheel.

Masakini Theatre Company is one of 21 arts, culture and heritage organisations that have received grants totalling RM1.4 million under Arts For All Seasons, a Yayasan Hasanah initiative. The company, founded by Sabera Shaik in 2003, is presenting two virtual performances. Lari, executed through the folk theatre tradition of Randai, incorporates music, singing, dance, drama and silat. Tiga Rawana is a cheeky recreation of the story of Rawana, Rama and Sita by three puppet masters through shadow theatre.

Read all this in the latest issue of Options, out now in with the Nov 1, 2021 edition of The Edge Malaysia weekly.