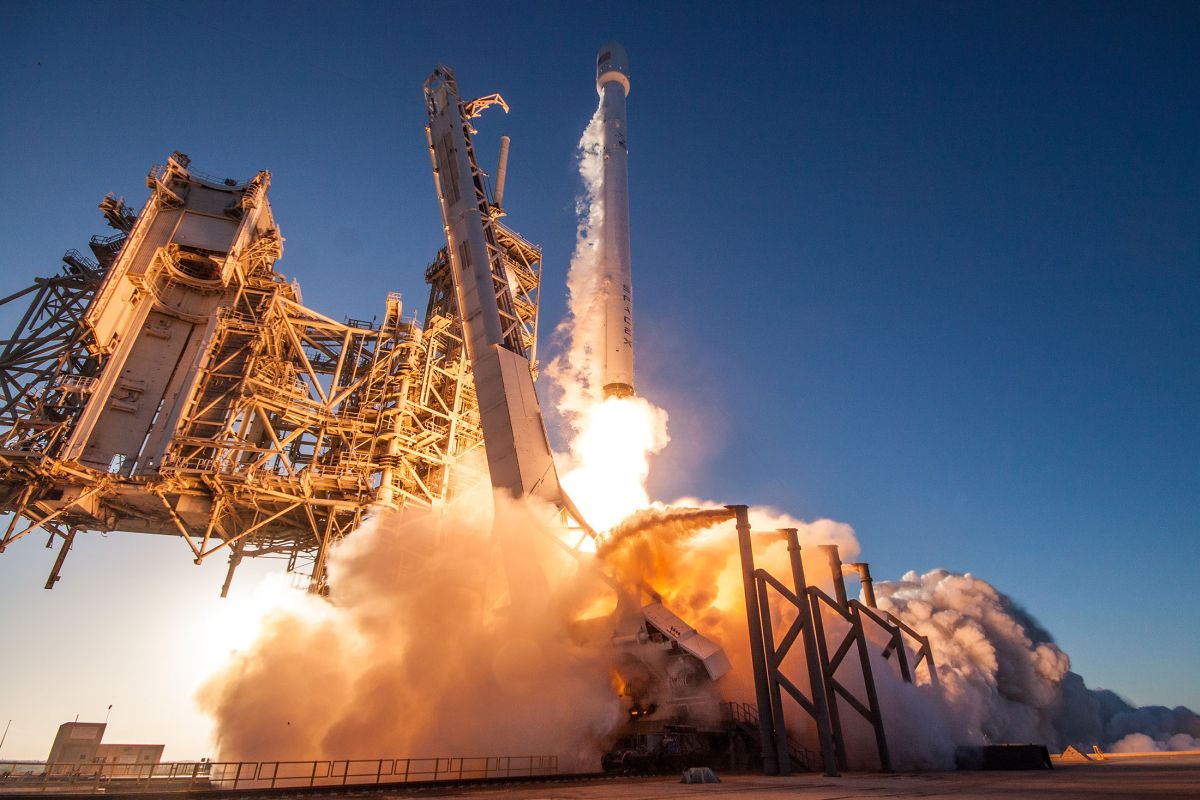 (Aug 30): Elon Musk is counting on investors like Spyridon Mentzas to cement his position as the world’s richest person.

Mentzas, a former co-head of equities at Mizuho Securities, set out to start his own firm with the sole purpose of buying shares of SpaceX, Musk’s closely held rocket company. It took his Hijojo Partners three years, but it now owns a stake in the business, which was valued at about US$125 billion in its latest funding round.

He’s hardly alone in vying for a piece of what’s now the most valuable US startup. Edoardo Zarghetta, fund manager of Miami-based PreIPO Club, started buying SpaceX shares two years ago in the secondary market, where they still trade at premiums of more than 10%.

Investors from Norway to Hong Kong say they’re fans of Musk and are in it for the long haul, though some acknowledge they’re dealing with murky financial information around the Hawthorne, California-based company that quickly burns through cash.

“For me, it’s just being able to be a part of it,” Olav Trent, who heads Rex Fund, a hedge fund for wealthy Norwegian families, said in an interview from Antwerp. “We would be the only Norwegian company involved in the space program.”

SpaceX has always been a vital part of Musk’s fortune. As recently as year-end 2019, his SpaceX stake, worth US$14.6 billion at the time, exceeded the value of his Tesla Inc shares.

But the Covid-19 pandemic and the surge in high-flying stocks like Tesla threw that proportion out of whack. By January 2021, Musk’s Tesla position, excluding options, had reached US$135.3 billion, compared with US$18.7 billion for his SpaceX stake, according to the Bloomberg Billionaires Index. That meant his fortune was more skewed toward Tesla than any time since at least 2018.

The picture looks much different these days. The markets have punished those former high-flyers in 2022, with Tesla shares down almost 50% at one point from their November peak.

And Musk, Tesla’s chief executive officer, has sold about US$15 billion of the electric carmaker’s stock since April, when he launched his bid to buy Twitter Inc. He’s now trying to get out of the US$44 billion takeover, with a filing on Tuesday citing recent accusations from a whistle-blower as a new reason he should be allowed to exit the agreement.

All the while, SpaceX has chugged along unfazed. Some of the company’s shares sold for US$250 million in a secondary transaction from five undisclosed investors, according to an Aug 5 regulatory filing, and it recently partnered with T-Mobile US Inc to offer wireless phone service in remote parts of the US where coverage is spotty.

As a result, Musk’s US$46.9 billion stake in the company is worth almost half of his stock position in Tesla, the most since the early days of the pandemic, though that proportion drops when including his US$72.9 billion worth of options tied to the electric carmaker.

One of the keys to SpaceX’s success is that it’s carefully controlled by Musk and close confidants such as his brother Kimbal and fellow Paypal co-founder Luke Nosek, who have both been directors. Nosek in 2017 co-founded Gigafund, which has plowed more than US$1 billion into SpaceX.

It’s not so simple for smaller investors like Mentzas. He found that joining a funding round required either deep Silicon Valley connections or costs associated with the special purpose vehicles used to aggregate smaller investors — as high as 5% for management fees, plus as much as half on carried interest, according to several investors. On top of that, when the market was at its frothiest last year, there was an “access fee” of several percentage points.

The other option was to buy shares in the secondary market, but demand was so high that multimillion-dollar transactions closed in an instant.

Yet the rocket company’s deep need for funding means it relies on a constant stream of investors like Mentzas who bought a piece, but not necessarily a sizeable enough position to overtake large SpaceX owners in the so-called capitalization table. Other SpaceX backers include the family office of rapper Jay-Z and Abu Dhabi's state investment firms.

“All of us as entrepreneurs have made the mistake of letting in investors who turned out to be a nightmare,” said Meagan Crawford, co-founder of SpaceFund, which owns a part of the rocket giant. “It doesn’t matter what the vehicles are, it matters who the people are he’s going to interface with. Who are the ones on the board meetings, are they going to let him do his thing?”

Many investors who are used to taking commanding positions in tech startups are content to have a small piece of SpaceX, said PreIPO Club’s Zarghetta. Musk, who the Bloomberg Billionaires Index estimates owns about 44% of the company, would be the world’s 24th-richest person based solely on his SpaceX stake.

“That’s just the way it is with Elon, but we accept it,” he said. “With these space missions for NASA, you don’t want every man and his dog raising concerns for compliance.”

While most investors interviewed expect Musk to take SpaceX’s Starlink business public in the next few years, many are also prepared for a long time without a return. Still, there are major incentives for Musk to go public, such as the need to recruit and keep talent. Engineers are happier if they can cash out on their stock.

Wall Street is divided on whether SpaceX could become more valuable than Tesla. A Bloomberg MLIV Pulse survey from late July found that 44% of 1,562 respondents expected SpaceX, including Starlink, would be worth more in five years’ time.

The ECI Group, an Atlanta-based venture firm that has invested in SpaceX, expects the rocket company will eventually “command a higher valuation and significance than Tesla,” according to investor relations head Georgia Robertson.

SpaceX “is a long-term play on the space economy, which we think is going to be part of the next few decades,” said Warren Hui, a partner at Hong Kong-based Soul Ventures. His company, which primarily helps Asian family offices coordinate their US tech investments, got in on the firm at a US$74 billion valuation.

One major near-term risk is when the rocket giant will spin off its Starlink enterprise — Musk recently told employees it could be another three to four years. Mentzas said he relies largely on Musk’s Twitter account for updates on Starlink, which inform his projections.

“We don’t have the full financial info and details about the company,” he said. “Some investors think it’s not enough information to invest.”

“That’s just the way he operates,” Mentzas said of Musk. His plan is to keep growing alongside the billionaire, with the aim of one day being big enough to join the SpaceX capitalization table.