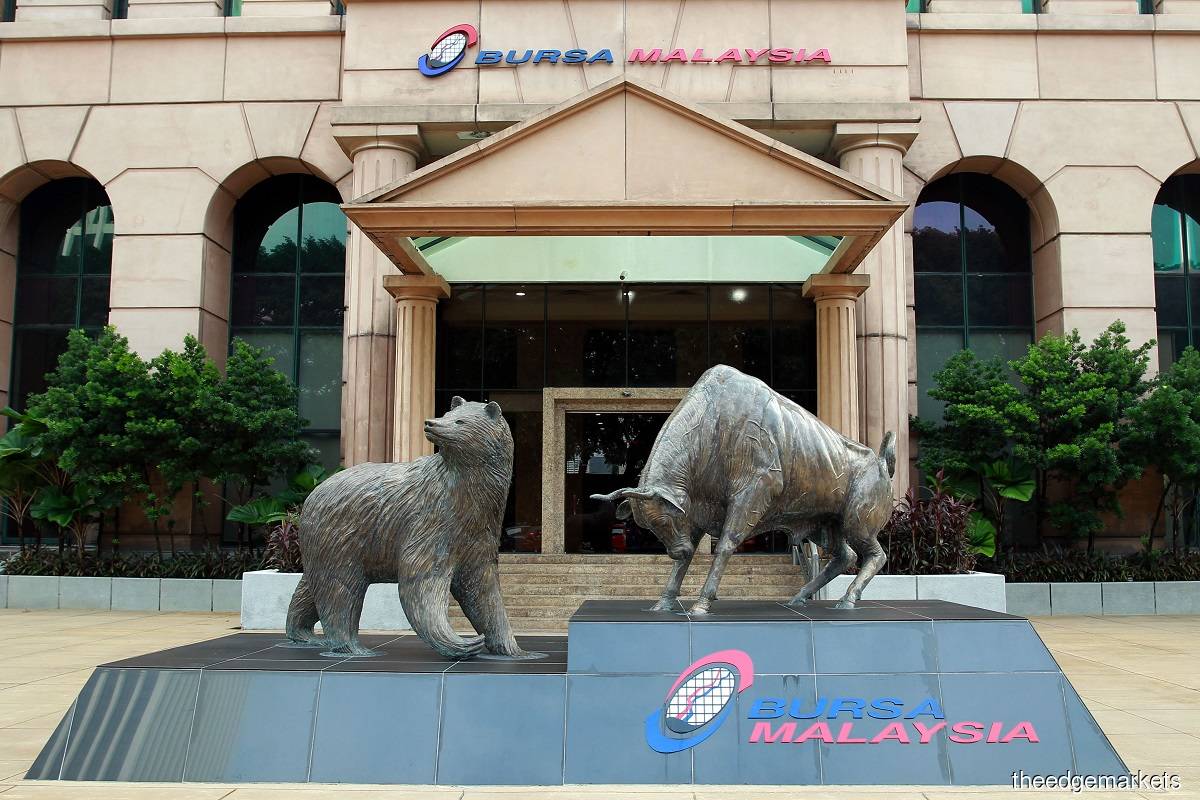 KUALA LUMPUR (June 17): As we are about to step into the second half of the year, there are five factors to watch out for, which could affect Malaysia's share trading dynamics, according to Bursa Malaysia.

Malaysia's corporate earnings are tipped to be better this year, underpinned by the reopening of all economic sectors, which is expected to fuel the economic growth engine.

"To put things in context, our benchmark FBM KLCI was trading at a trailing PER of 15.1 times as at end-May, which was the second lowest among our regional peers that ranged between 12.9 times and 17.3 times. Through this, the Malaysian equity market looks very appealing fundamentally," it added.

Bank Negara Malaysia (BNM) has projected GDP growth of 5.3%-6.3% for 2022, driven by the reopening theme and resumption of projects with multiplier effects and strong external demand from our major trading partners.

It went on to say that the country's foreign direct investment (FDI) grew RM23.3 billion to RM812.1 billion in the first quarter of 2022 from the preceding quarter, with the manufacturing sector receiving the highest value of FDI at RM347.1 billion.

"The tourism sector, which has been in the backseat for the past two years, is likely to recover with the reopening of international borders, thus benefitting the hospitality, transportation, recreational and services sectors," it added.

It noted that inflation erodes real disposable income, which may erode consumer confidence.

"That said, some of the sectors may stand out to be more resilient than others. For instance, consumer staples are likely to weather the storm as demand for them is relatively inelastic in nature," it stated.

On the bright side, it noted that the country is "blessed with natural resources and commodities like petroleum products and palm oil, which could help cushion the inflationary impact". As a result, resource-based players are likely to benefit from the commodity price rally.

Coming next is the rising interest rates, a tool commonly deployed by many countries to combat rising inflation pressure.

"Globally, central banks are in the mode of increasing interest rates to combat high inflationary pressure. As Malaysia transitions into the endemic phase, Bank Negara Malaysia has also taken measures to revise overnight policy rate to the pre-pandemic level while considering the economic state of the country.

"Rising interest rates will result in higher borrowing costs for businesses, which may in turn dampen their expansion plans. This would then lead to slower earnings growth in the near term. On top of that, higher interest rates will also make it more expensive for consumers due to higher loan repayment, which in turn reduces the disposable income for consumers," said Bursa.

However, it said the central bank is still likely to set overnight policy rate (OPR) at a level that is conducive for economic growth as it considers the rate and pace of the interest rate adjustments.

It gave an example that one key beneficiary of interest rate hikes is the financial sector, as higher interest rates could lead to higher net interest margins.

Another key factor to watch out for is the general election, which may create uncertainties to the market.

"A possible call for the 15th general election may create uncertainties in the outlook for companies that rely heavily on government projects. The political uncertainties could also keep foreign investors at bay," it warned.

However, it pointed out that businesses that generate high level of their revenue by exporting as well as sectors that are premised on consumption growth are likely to be more sheltered from any political changes.