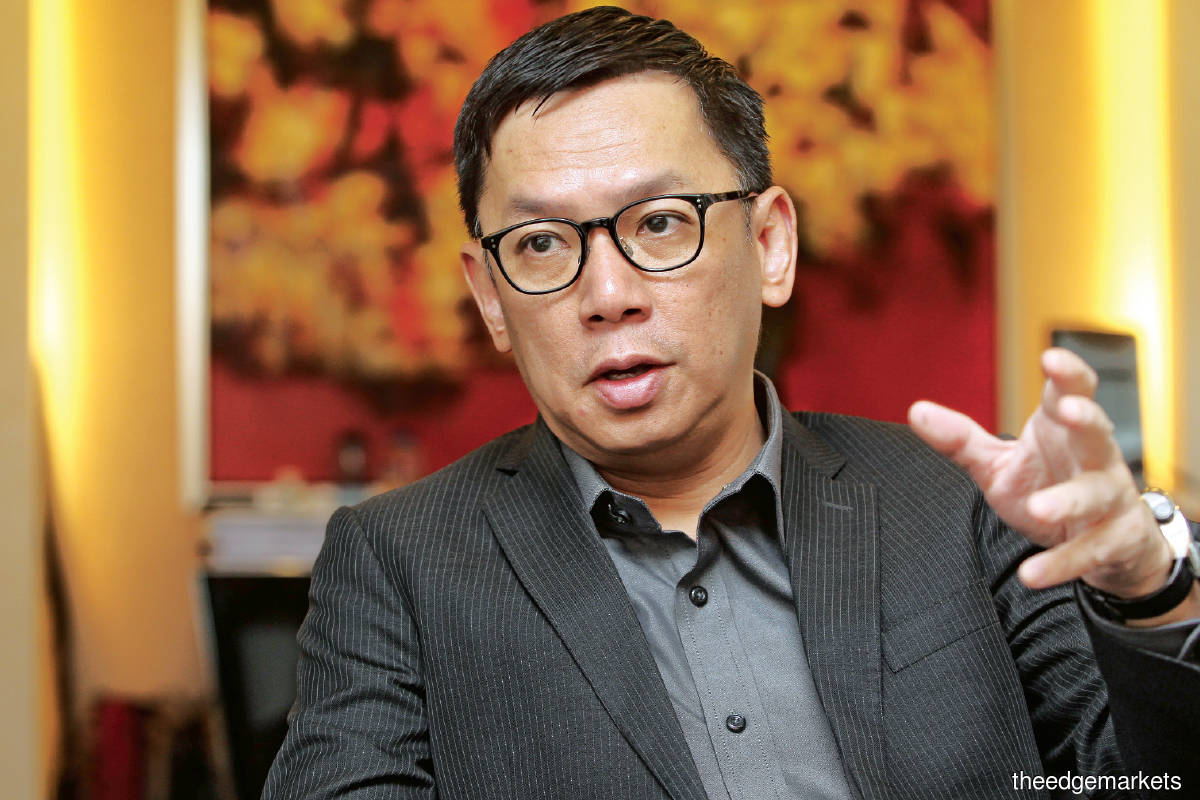 Liaw: It has not been easy bringing a physical business online but we need to keep up the promotions and awareness for consumers. Digital sales and even house visits will be our focus going forward. (Photo by Mohd Izwan Mohd Nazam/The Edge)

The ACE Market-listed group, which is looking to transfer to the Main Market of Bursa Malaysia in about two years, will focus on e-commerce activities to boost optical sales while growing its business-to-business (B2B) clientele in the F&B segment. It is targeting to have its F&B segment contribute at least 20% to 30% to the total group revenue.

Focus Point CEO Datuk Liaw Choon Liang tells The Edge that the challenges posed by the Covid-19 pandemic have given the group the impetus to bring in more sales for the remaining months of the year to recoup the losses incurred during the MCO period from March 18 to May 3.

For its second quarter ended June 30 (2QFY2020), Focus Point posted a loss of RM1.93 million compared with a net profit of RM1.68 million in the previous corresponding period. Revenue came in at RM26.76 million, down 41.7% from RM45.89 million a year earlier, on account of shuttered stores during the MCO period, which also affected the business of the group’s other divisions.

For 1HFY2020, profit before tax from the optical and franchise management divisions stood at RM5.28 million and RM1.03 million respectively, while its F&B segment saw a loss before tax of RM340,000.

According to Liaw, the optical segment — which contributes 88% to the group’s revenue — had staged a rebound in 3QFY2020, owing to pent-up demand during the Recovery MCO period, but sales took a beating by 20% after the CMCO came into effect on Oct 13 in Sabah and on Oct 14 in Selangor, Kuala Lumpur and Putrajaya.

There has been tremendous growth, however, in the sales of contact lenses. “In 3Q, revenue from contact lenses hit several hundred thousand ringgit compared with less than RM100,000 in the same period last year,” says Liaw, adding that this will be reflected in the 3Q results to be released at the end of the month.

The outfit contained its 2Q losses by aggressively running activities such as virtual try-ons and Facebook engagements. Liaw says the efforts have paid off, as online sales have grown four times since the MCO period, encouraging the group to allocate at least RM500,000 in its 2021 budget to enhance its digital platform. “It has not been easy bringing a physical business online, but we need to keep up the promotions and awareness for consumers. We have launched e-vouchers, which require customers to visit our outlets for eye checks,” says Liaw.

“Three months ago, Focus Point launched Vision Care on Call, a service where our qualified team conducts house visits. This is especially needful for the elderly, who may not be able to go to the mall because of health precautions. These activities will be our focus going forward.”

Focus Point’s strategy to focus on B2B clients for its F&B segment came after its monthly revenue from corporate clients overtook retail sales last year. According to an analyst with a bank-backed research house, the group’s monthly sales to its largest corporate F&B client currently amount to RM1.2 million compared with RM300,000 during the same period last year.

“As the growth rate for the B2B model is much faster, we will focus on it for the next few years,” says Liaw, adding that the group’s familiarity with shopping malls, owing to the presence of its optical outlets, gives it an advantage in securing good locations for its F&B retail outlets.

Focus Point’s F&B segment currently comprises nine retail outlets (under the Japanese cake and pastry brand Komugi) across Malaysia, which are serviced by a central kitchen that also caters for the group’s corporate clients. The Komugi brand has franchises in the Philippines (15 outlets) and Brunei (two).

The group was in talks with potential operators in the Middle East to take up a Komugi franchise, but the discussions have stalled because of the lockdown.

As Focus Point’s first central kitchen is operating at maximum capacity, it is setting up a second unit that is slated to be completed by December. The second kitchen, which will supply to the group’s B2B channel, is projected to generate more than RM4 million a month from corporate sales after it reaches full capacity by end-2021.

Focus Point recently inked a supply agreement with a major café chain and is in talks with a Japanese retailer as well as a convenience store chain in Singapore. “We are working very hard on R&D to develop more unique offerings at our corporate clients’ locations next year,” says Liaw.

Liaw points out that although its optical segment has suffered bouts of low sales this year, the impact was cushioned by the fact that eyewear and eyecare services are essential needs.

The growing trend of myopia in children and cataracts among Malaysia’s ageing population are factors that have bolstered Focus Point’s optical and medical eyecare segments, which have been complemented by encouraging sales of contact lenses and sunglasses.

“The optical industry has not been hit in the same way as the rest of the retail industry such as apparel or footwear. People still need to consult their optometrist, which is classified as professional services, thus softening the impact on our business,” says Liaw.

Focus Point’s profitable lasik and cataract surgery centre at Mid Valley Megamall, operated by wholly-owned unit Excelview Laser Eye Care Sdn Bhd, has been running since 1999. Soon, it will be joined by two new centres in second-tier cities, one of which will be Johor Baru. The new centres are at the planning stage and expected to incur a capital expenditure of RM1.5 million to RM2 million each.

“Our Mid Valley centre has not been a focal point for the group in the last 20 years, but we feel that this is a good time to expand the business. Generally speaking, about half of the ageing population develops cataract issues. This is a common condition that is easily corrected with surgery, thus making the two new centres promising and profitable prospects for the group,” says Liaw.

“The beauty is that these are one-time investments covering the renovation costs and equipment. Inventory is kept to a minimum. The new centres will not include lasik, however, as we do not find this a necessary investment [yet] in the second-tier cities, owing to the high cost.”

Focus Point has a dividend payout policy of at least 30% of its consolidated profit after tax, subject to the availability of distributable reserves, cash flow requirements and projected level of capex. A single-tier interim dividend of one sen per share amounting to RM2.2 million for the financial year ending Dec 31, 2020, was paid on Feb 25. It paid a total dividend of 2.5 sen in FY2019, which translates into a yield of 4.1%, based on its closing price of 61 sen last Tuesday.