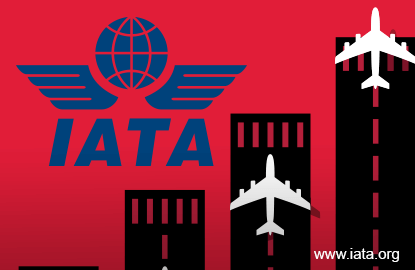 KUALA LUMPUR (July 8): Airline share prices have been falling because of investor profit taking, particularly in the US, but in June they were still up by 10% compared to a year ago, according to the International Air Transport Association (IATA).

It said crude oil prices fell in June after a little rally in May, pushed down by expectations of supply increases from Iran and the US – levels were now down 45% on 2014 highs.

The IATA added that passenger yields in the US were down 5% year-on-year and fares in other regions had fallen further, reflecting downward pressure from earlier declines in fuel related costs as well as exchange rate distortions.

“Growth in seats accelerated in May as more aircraft came out of storage, surpassing expansion in demand.

“Air freight load factors fell further in May, sinking to levels not seen since mid-2009, but passenger loads were sustained above 80%,” it said.