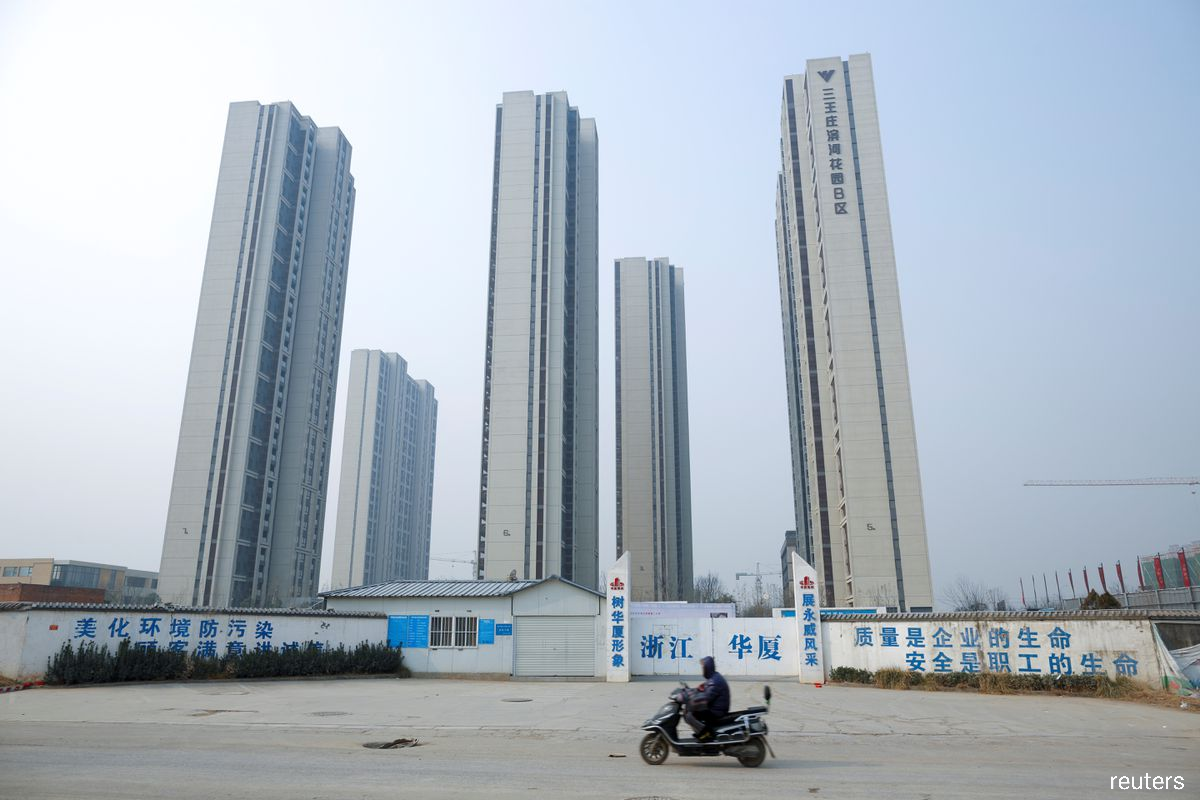 (May 17): A total of 36 Chinese cities introduced policies to support the property market within the first 15 days in May, according to incomplete statistics, indicative of policy relaxation to shore up home sales. But analysts said that the downturn in real estate is significant, and it can only be solved by addressing the sector's financial structure and curbing the pandemic.

China recorded a sharp annual drop in home sales from January to April. Commercial home sales stood at 3.78 trillion yuan ($556 billion), down 29.5 percent year-on-year, with residential housing sales down 32.2 percent, according to statistics released by the National Bureau of Statistics (NBS) on Monday.

Investment in real estate development also went down too by 2.7 percent year-on-year.

"We can see that real estate investment did not slow down much, but sales are declining, as supply exceeds demand. The sector will face fierce competition in the short term, and housing prices may show a downward trend in the medium term," Pan Helin, joint director of the Research Center for Digital Economics and Financial Innovation affiliated with Zhejiang University's International Business School, told the Global Times on Monday.

He said that even with policy relaxation or government supportive measures, downward pressure in the real estate industry is significant.

This policy will enable local mortgage rates to be as low as 4.4 percent, which is very favorable, Yan Yuejin, research director at Shanghai-based E-house China R&D Institute, told the Global Times on Monday.

In response to policy measures, more than half of the property-related companies' shares closed higher on Monday.

Many cities have released supportive measures to boost property sales. One of the latest examples was in Langfang, North China's Hebei Province, where the interest rate on first-home mortgages from some banks dropped from 5 percent to as low as 4.6 percent on Monday, which is the same as the LPR rate for five and more years. Langfang is only 30 kilometers away from the Beijing Daxing International Airport.

In Changsha, Central China's Hunan Province, a home bought and used for rental will not be included in the calculation of family housing units. Residents there buying a second home cannot enjoy the favorable rates.

Some analysts said that risk prevention in the real estate industry should be put on higher agenda. The most critical task is to optimize credit structure.

Yan said that the relaxation and solid implementation of credit policies, and the continuous improvement of the financing environment of real estate enterprises, are crucial to the recovery of the property market.

The new measures will not have a big effect in the second quarter, Tian Yun, former vice director of the Beijing Economic Operation Association, told the Global Times on Monday.

"After all, supply chains across the country have not been fully restored. Under the current situation, the demand to buy a house will not be increased by the reduction of mortgage rates. But if the economy recovers significantly in the next two months, demand will pick up significantly in the third and fourth quarters," Tian said. Agencies expect sales to pick up after June.

"The contribution of real estate and related industries, such as furniture and home appliances manufacturing, to China's GDP is more than 20 percent. But real estate's share of the national economy fell from the second quarter in 2021," Tian said.

China recorded 8.1 percent growth in GDP last year, reaching $17.7 trillion, accounting for 18 percent of the global economy, according to NBS.

"The declining contribution of real estate was partly replaced by exports, partly offset by the upgrading of domestic middle- and high-end industries, and by changes in the consumption structure," said Tian.

He warned that the contribution of real estate cannot be completely replaced, as the growth of the economy is inseparable from domestic consumption growth.

"We should objectively recognize that in addition to children-related educational consumption, real estate expenditure is almost the biggest kind of spending in Chinese families," Tian noted.