Gold hits lowest since January ahead of U.S. jobs data 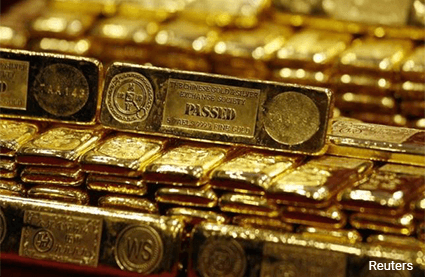 LONDON/BENGALURU (March 10): Gold fell to its lowest in more than five weeks on Friday, as traders took to the sidelines ahead of U.S. payrolls data, which will be closely watched for clues on the outlook for U.S. monetary policy.

Growing expectations that the U.S. Federal Reserve will raise interest rates this month, following a better than expected ADP payrolls report on Wednesday have pushed gold down 3% this week, potentially its biggest weekly loss in four months.

"We had a really quite phenomenal number in the ADP payrolls on Wednesday, and when you get such a big move in private payrolls, it would be highly surprising if the official numbers moved lower," Mitsubishi analyst Jonathan Butler said.

Gold is highly sensitive to rising U.S. interest rates, as these increase the opportunity cost of holding non-yielding bullion, while boosting the dollar, in which it is priced.

"If we see a very good payroll number today and also hawkish comments from the Fed next week, we could break out of this longer-term downtrend in fixed income, in the 10-year yield, and that is going to change the game as far as real rates are concerned," Butler said. "That is going to have a negative impact on gold."

Platinum was up 0.58% on Friday at US$937.70, bucking the bearish trend among precious metals. However, platinum has already fallen nearly 6% this week, having
earlier touching its lowest since Jan 4 at US$928.50.